We purchased our house in 2007–right as the bottom dropped out of the housing market. We have seen our neighborhood go through an entire revolution in the 11 years since we’ve moved in. We love our house, and we love our neighborhood. We have already made the decision to stay put for the rest of our lives, even though we’ve seen an increase in the amount of property crimes in our neighborhood. My husband’s work truck has been burglarized three times.

Our car has been hit twice. Both times, the offender drove off without notifying us. Many of my neighbors have complained of similar issues, too. Crime happens everywhere, it seems. But it doesn’t mean we need to become complacent and accept we are going to be victims. Instead, we have upgraded and tightened our security measures, and Guardzilla has given us the security we need to feel safer. 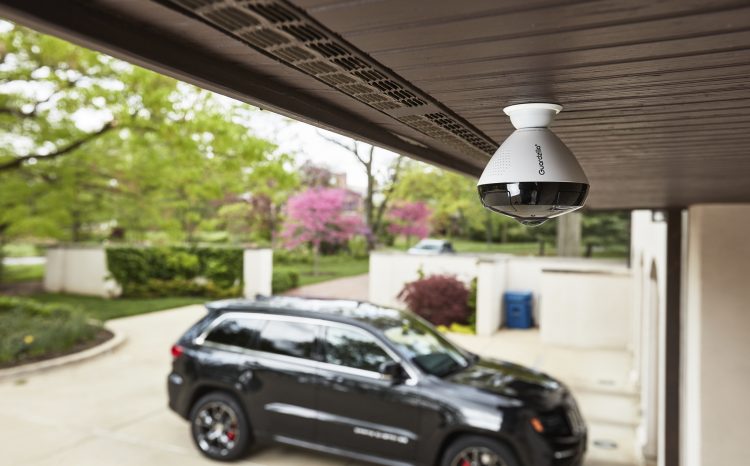 Guardzilla is a 360 degree security camera and alarm system all in one. It’s essentially the Ring and the Nest on steroids. It can be fully integrated with a smartphone app, giving you 360 degree panoramic views remotely. It is motion-activated, and can sound a 90 decibel alarm when prompted.

The Guardzilla is easy to install, too. I’m a bit technologically challenged and have zero engineering know-how. I barely know which end of a screwdriver to use. It can be mounted with the magnetic mount and can be moved easily if necessary. It also can run on batteries OR comes with a power adapter for mounting in a more permanent location.

This security system had me sold at the 360 degree view. But the additional features of remote access and interactive features are an added bonus. It is rated for indoor and outdoor use, so I can mount the system in a location outside to monitor the home when we’re all gone (and deter would-be thieves–I cannot stress that enough). OR it can be placed indoors to monitor activity inside the home. I love having the ability to check on the kids while I’m out and about. And truth be told, with a teenage son with a girlfriend, it gives me a little added peace of mind knowing that there won’t be any funny business going on at home while I’m not there. Wink, wink. 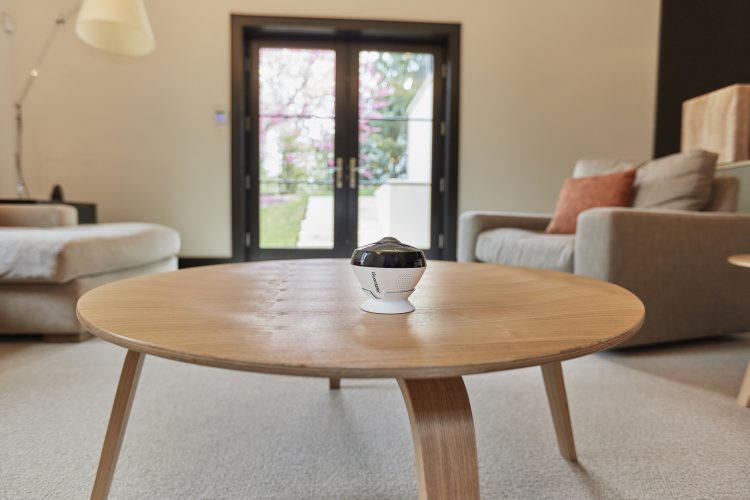 The entire system is exclusive to Best Buy, and there is currently a promotion running where you can purchase the Guardzilla security system for $179.99. That’s $50 off the regular price of the unit and a bargain when compared to the price of individual security systems plus an alarm company monthly security fee. For me and my family, this nifty device saves money while providing peace of mind. And that peace of mind is something that to me is priceless.