You are at:Home»Entertainment»SUPERNATURAL: The Complete Series and More

SUPERNATURAL is the Longest-Running Genre Series in U.S. Television History! And now you can own it! The complete series from beginning to end: every episode and more!

SUPERNATURAL: THE FIFTEENTH AND FINAL SEASON 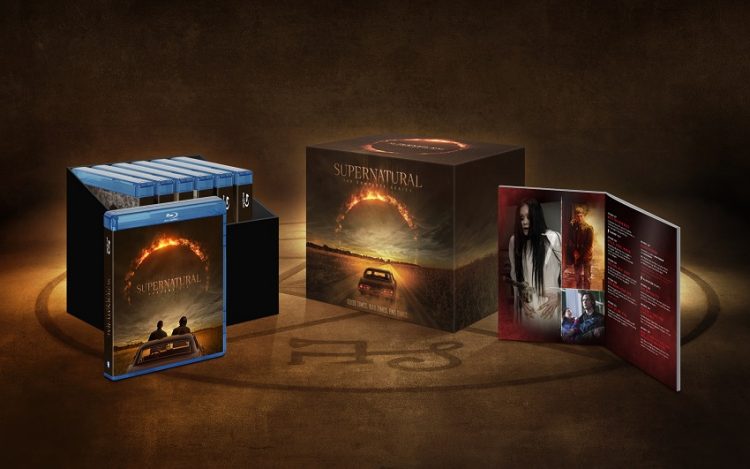 This Features All 327 Episodes and Countless Hours of Bonus Content from Every One of the 15 Seasons Plus a 68-page Collectible Book!

Carry on with the thrilling and terrifying journey of the Winchester brothers in Supernatural: The Complete Series. Sam (Jared Padalecki) and Dean (Jensen Ackles) face everything from demons to vampires, ghosts, angels and pagan gods. And with the help of the fallen angel Castiel (Misha Collins), they discover that every threat they vanquish opens a new door for evil to enter.

With Blu-ray’s unsurpassed picture and sound, Supernatural: The Complete Series and Supernatural: The Fifteenth and Final Season will be released in 1080p Full HD Video with DTS-HD Master Audio for English 5.1. Both Blu-ray sets will feature a high-definition Blu-ray and a Digital Copy (US Only) of all episodes. 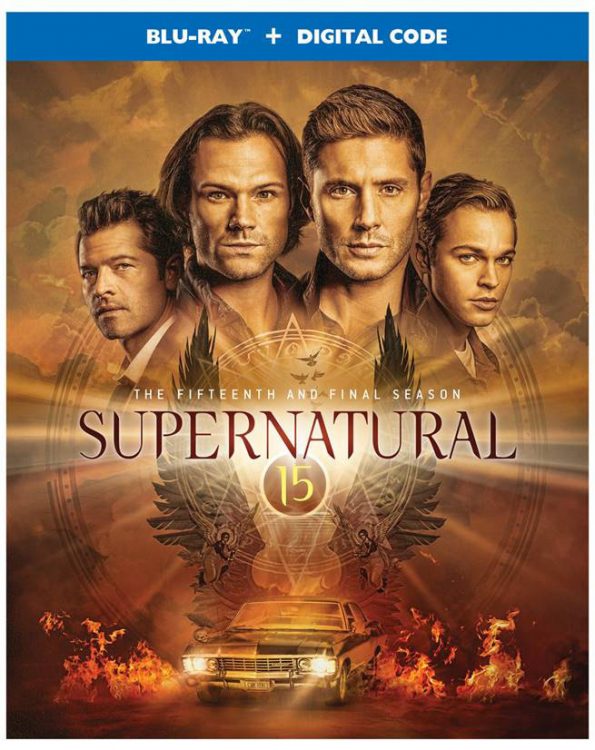 Supernatural is also available to own on Digital. Digital allows consumers to instantly stream and download all episodes to watch anywhere and anytime on their favorite devices.  Digital movies and TV shows are available from various digital retailers including Amazon Video, iTunes, Google Play, Vudu and others. A Digital Copy is also included with the purchase of specially marked Blu-ray discs for redemption and cloud storage (US Copy Only). 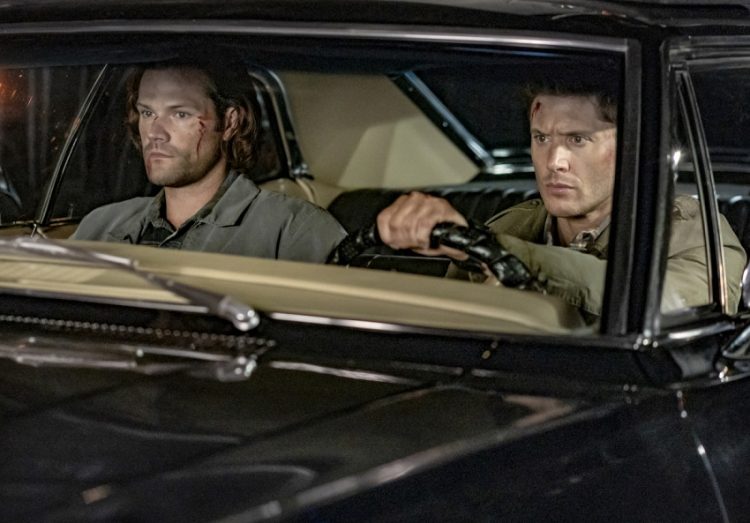 Also something that might go well with movie night is some Valerie Confections. They made some of these awesome Limited Edition Confections! 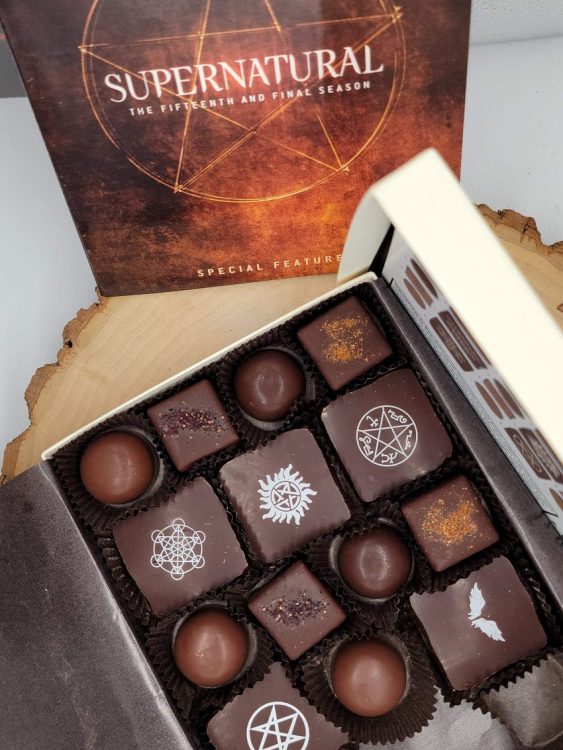 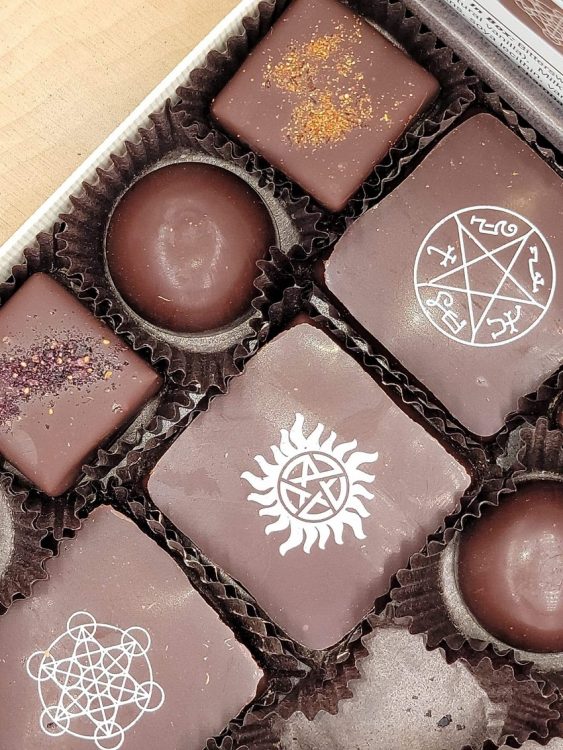 And here is some more information on SUPERNATURAL. 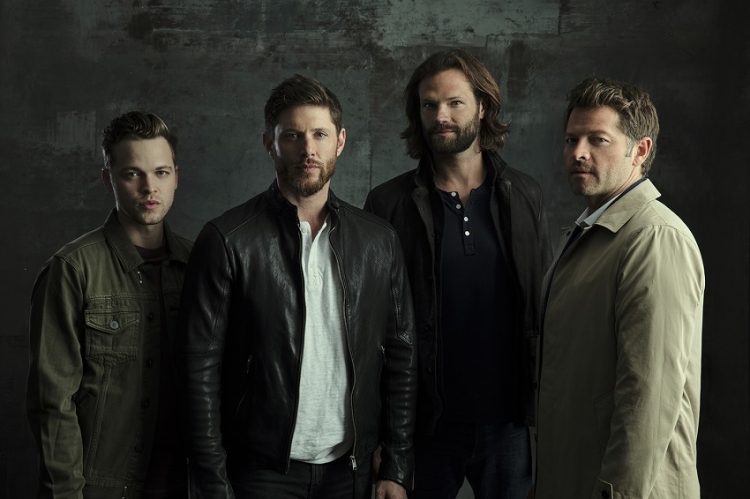 Warner Bros. Home Entertainment (WBHE) brings together Warner Bros. Entertainment’s physical and digital distribution businesses in order to maximize current and next-generation distribution scenarios. An industry leader since its inception, WBHE oversees the global distribution of content through packaged goods (Blu-ray Disc™ and DVD) and digital media in the form of electronic sell-through and video-on-demand via cable, satellite, online and mobile channels. WBHE distributes its product through third party retail partners and licensees.

Previous ArticleHow to Find the Most Affordable Burial Insurance Policy
Next Article How to Respond When Your Child is Arrested for Pot Possession: The How-To Guide

I want to get a copy of that series. This is one show that I could binge watch on the weekends. It is about time that I get to enjoy some much needed me time!

I’ve heard of this show before and my eldest daughter, as well as my niece, would absolutely love this. This would be a great gift for them to binge-watch.

Your work is so full of useful information.

we <a href=”https://www.newwayint.com/”>real estate company dubai</a>, provides you the facilities of selling your property in a good rate. one of the top real estate agency dubai.

I read this article! I hope you will continue to have such articles to share with everyone! thank you!

I think this is an informative post and it is very useful and knowledgeable. therefore, I would like to thank you for the efforts you have made in writing this article.

MatriCart is a leading matrimony website development company, based out of India. We offer an extremely functional software and portal for our clients. The matrimony software has excellent navigability and comprises numerous features that make it seamlessly operational. For more info visiy here:- https://matricart.com/

In collaboration with the best doctors we also have well-skilled nursing staff, experienced lab professionals, and highly coherent emergency care team. We have consulting suites at the Center for treating minor health ailments. Minimally invasive procedures are offered to make the patients comfortable. The state-of-the-art operation theaters are assets of Apollo Cradle. Our ambulance is ventilator equipped and manned by an EMT ready for any emergency transfers. for more info visit here:-https://anupamahospitals.com/

After ending such a great show we pay attention only on Harry Potter: Puzzles & Spells Mod APK.

thank you for sharing with us
boi hrms

Personally I’m impressed by the quality of this. Generally when I come across these sorts of things I like to post them on Digg.
https://clicksud.us/clicksud-lumea-ta-digitala/burlacul-clicksud-2021/

Supernatural series is an amazing tv series Which I really like to watch, and I am very thankful to you for sharing such a nice content about this tv series.