You are at:Home»Family»My Cat Chooses Litter-Robot

Because I love my cat, I was thinking, “What would I want if I was a cat”. Stay with me because you are going to want to see the end results of my experiment. So, if I was a cat, I would want good food, I want toys to play with (occasionally new ones), and I don’t want to go outside to go to the bathroom. Actually, I have all the bases covered. I have good quality food for my furry friend, toys I pick up now and then at the pet store, and my cat doesn’t have to go outside to go to the bathroom. So is everything perfect? Well???… 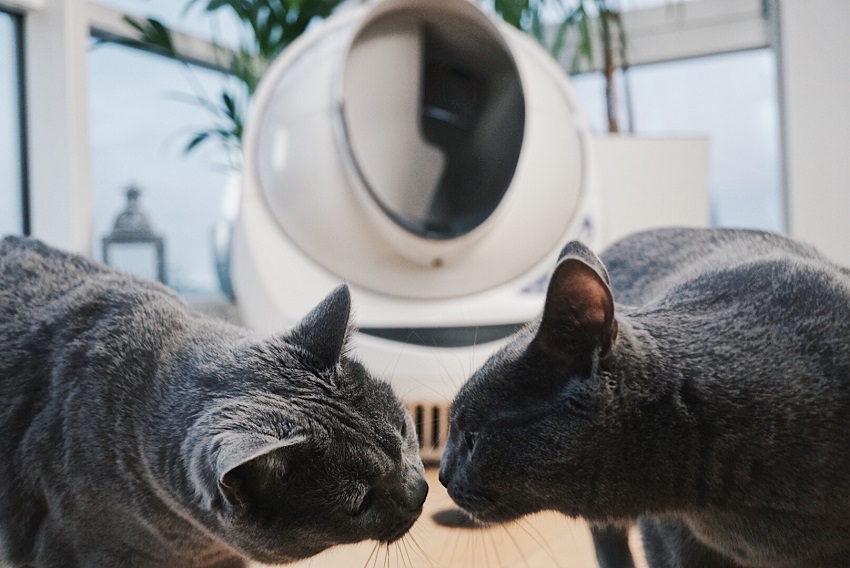 Cats that live outside do not go to the same place to go to the bathroom. They go to different places to avoid the smell and the mess. With a litter box, in order to give them that same opportunity, you would have to know when they use the box and scoop out everything each time they use it. Does that sound like what you want to be doing each day? No!, I don’t want to either… Can’t my cat take care of herself? Well, not when we bring her into our world. Good thing for us, there’s Litter-Robot! The automatic liter box cleaning system that automatically cleans your cat’s litter box every time they use it! And you will never have to scoop out the mess… Ever again! In fact, you can throw away the old box and scoop. You won’t be needing them at all. 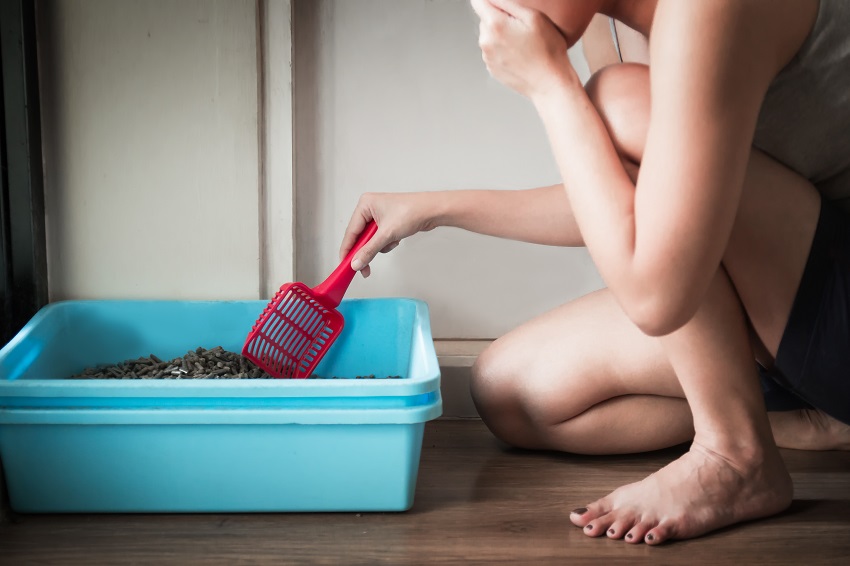 Not only does the Litter-Robot take care of cleaning the liter box, but it also puts it in a bag for you so that once the bag is full, it let’s you know that it needs emptied and you can just throw it out. And while the bag is being filled, it is kept in a filtered area below the box that keeps you and your cat from smelling it. That is one of the biggest reasons that I got a Litter-Robot, … the smell. Now don’t get me wrong, I love the freedom of not scooping out the litter box, but the smell was loud, and clumping or not, the smell was still there. I can’t imagine what it was like for Shadow (my cat). She must have dreaded even using the box. 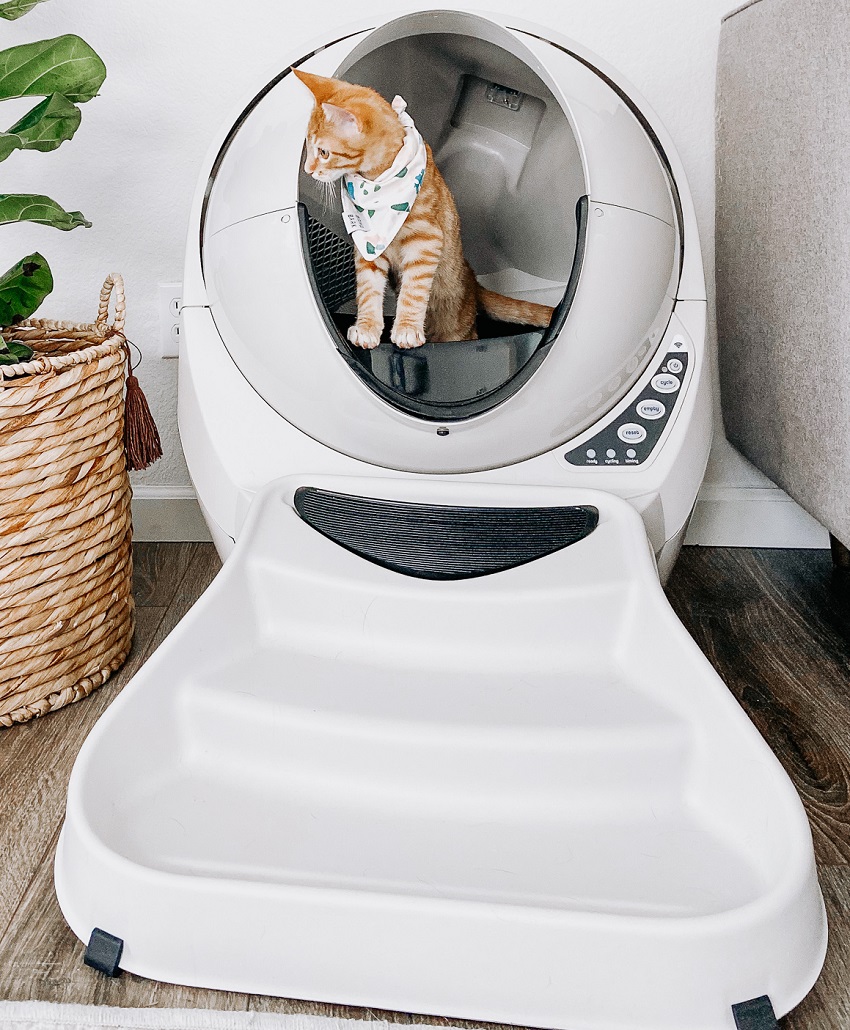 And, since I was thinking, I decided to try an experiment. I put a brand new liter box in the same place that Shadow usually goes to the bathroom. Yes, I moved the Litter-Robot to another location. That way, I assume she would be more inclined to use the liter box. Then about ten feet away, I placed the Liter-Robot (which she had become accustomed to using) to see which one she would use. I decided to try it for one week. This way, I would give her plenty of opportunity to use which ever one she wanted, and/or whichever one was closest. Who knows. I just wanted to see what she would do. 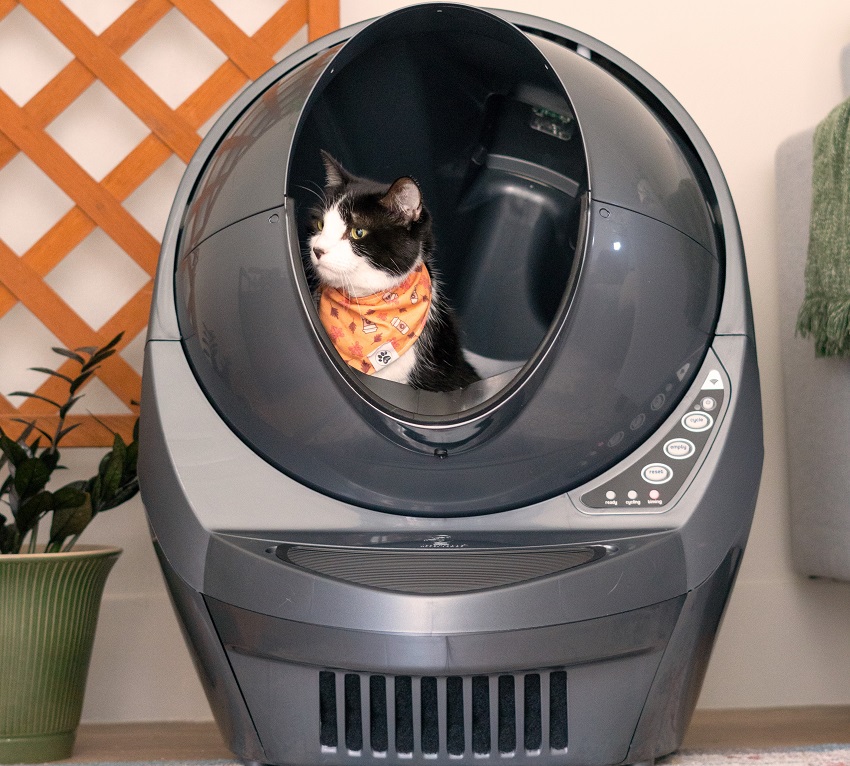 Well, she never used the conventional liter box at all. She would rather go to an unfamiliar location, and use the liter robot even though there was poop in the bottom of the device. She had plenty of chances to use a brand new box with brand new sand, but to her, she wanted to use the Litter-Robot instead. Doesn’t that tell you something? She associated the old liter box with something unpleasant, something she would rather avoid.

If you would like to know more about this amazing device, you can do so by following this link: Litter-Robot.

And you can stay in touch by following them on your favorite Social Media with these links:

This content material is written very well. Your use of formatting when making your factors makes your observations very clear and clean to apprehend. Thank you.

I thought about getting a litter robot for my cats. I think they would be great for them. I like the idea of them too.

My friend just told me about this. She said it was a game changer! I’m not sure my cat would like it thought because it’s enclosed.

That looks absolutely amazing and if we had a cat, I for sure would buy this. I’ve seen this multiple times on Facebook.

How long does a payday loan stay in the system: everything you need to know

Are you finding yourself in a bind and need an immediate cash infusion? If so, you may be considering a payday loan. A payday loan is typically a short-term, high-interest loan that is given to people who need money fast. Payday loans are usually available within two business days and can often be borrowed up to $1,000. But how long does a payday loan usually stay in the system? Here’s everything you need to know.  Read more HERE

I’m excited to uncover this page. I need to to thank you for ones time for this particularly fantastic read!! I definitely really liked every part of it and i also have you saved to fav to look at new information in your site.

The Litter-Robot is a self-cleaning, fully automatic litter box that cleans itself every day. With a simple touch of a button, it scoops waste and deposits it into a sealed waste receptacle. No more scooping, no more scooping smell, and no more clumping litter everywhere. This robot is not just for cats; it’s for anyone who loves a clean, fresh smelling home.