You are at:Home»Accessories»Why You Should Have A Litter-Robot

If you have cats, you should have a Litter-Robot, and here’s why…

It is self-cleaning. That “PRO” feature alone is worth more than you’ll pay for it. Just think about how many times you have cleaned out your litter box, and how many times it was a nasty job. Not to mention how many times you will have to clean out the litter box in the future. Yeah, you should have a Litter-Robot!  Especially if you have multiple cats. And that’s another PRO, it will eliminate the need for multiple litter boxes. One Litter-Robot can handle up to four cats! Because the Litter-Robot is self-cleaning and has a carbon filter, it doesn’t have the smells that are associated with the conventional litter box. Yes it has a carbon filter in the bottom of the box to help eliminate the bad smells associated with litter boxes. You know, sometimes you forgot to scoop out the mess, and it really starts to smell. But once you use a Litter-Robot, you no longer have to scoop the mess and there’s practically no smell. If my bag gets full and I get down by the Litter-Robot, I can smell it, but otherwise, I don’t even notice a smell. When you have the option of a Litter-Robot or a litter box, why would you want a litter box?

Another feature is it’s much more sanitary for your cat. Your cats will never have to walk in their own mess again. And they won’t have anything stick to their feet, or carry it out of the litter box, or kick it out onto the floor while digging for a clean place to go. My cats have done that several times over the years, but never with the Litter-Robot. Plus, your cat is much lower to the ground and closer to the litter box. They can tell if it smells and if it gets bad enough, they will look elsewhere to do their business.  The Litter-Robot is a “set it and forget it” for the most part. You only have to look at the lights on the side to tell you when the tray needs emptied. And if you have a Litter-Robot-3 Connect, your phone will tell you when it need emptied. It will also tell you when your cat (or cats) are using it. 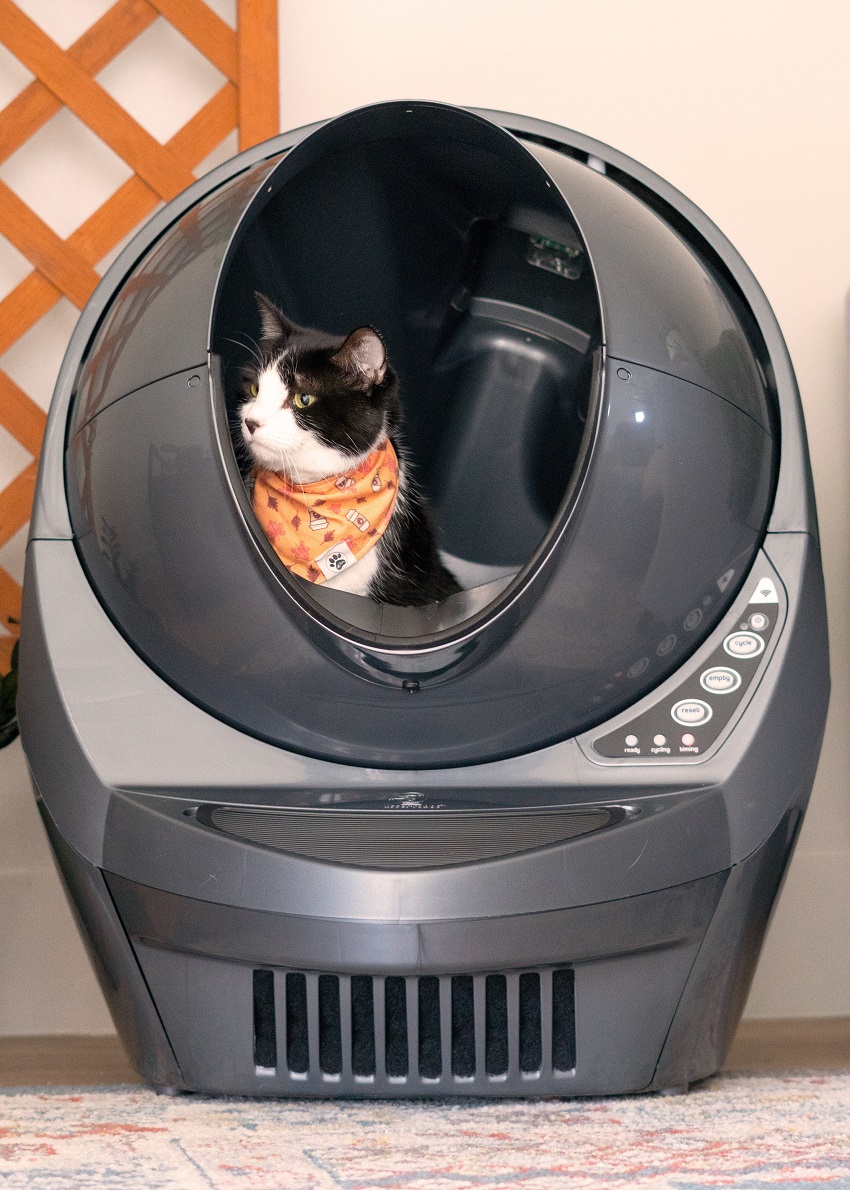 Another reason you shoud have a Litter-Robot,… it’s AUTOMATED, what’s NOT to love? Occasionally you have to add the litter, and you have to empty the bag when it gets full, but that’s it! Well, okay, technically you have to plug it in and turn it on; not a deal-breaker… The Litter-Robot senses when your cat enters and leaves. Then it has a delay to allow the litter to clump, then it cycles to remove the mess from the litter, and places it in the bag. Your cat enjoys fresh litter every time it uses it. This in itself make your cat happier to use it. I mean, how would you like to find poop in the toilet every time you use it? Yeah, … that’s why we got away from the outhouses! 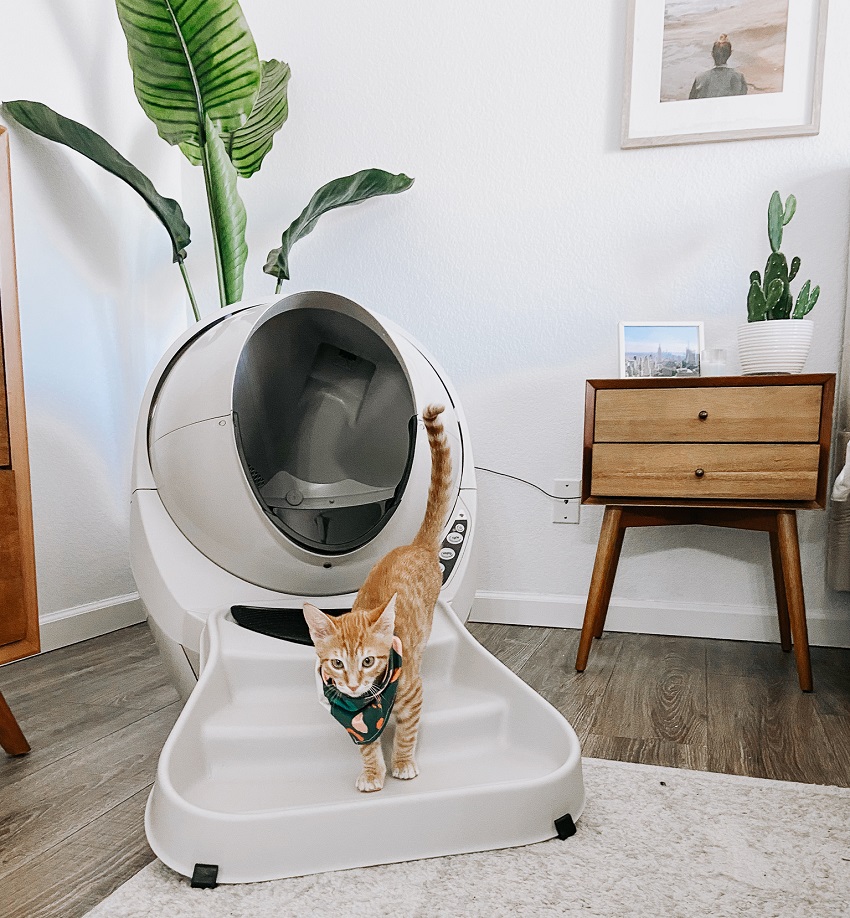 Now, perhaps you will take your cat on vacation with you, but what about when you don’t, or just want to do a weekend getaway? Well, Litter-Robot has you covered. I have gone on a long weekend (4 days with someone dropping by to feed her) and when I come home, the litter box is as clean as when I left. No special clean job, no smells, It’s as if I was there all along. Even with one cat, a conventional litter box would be a nightmare after 4 days to a week. 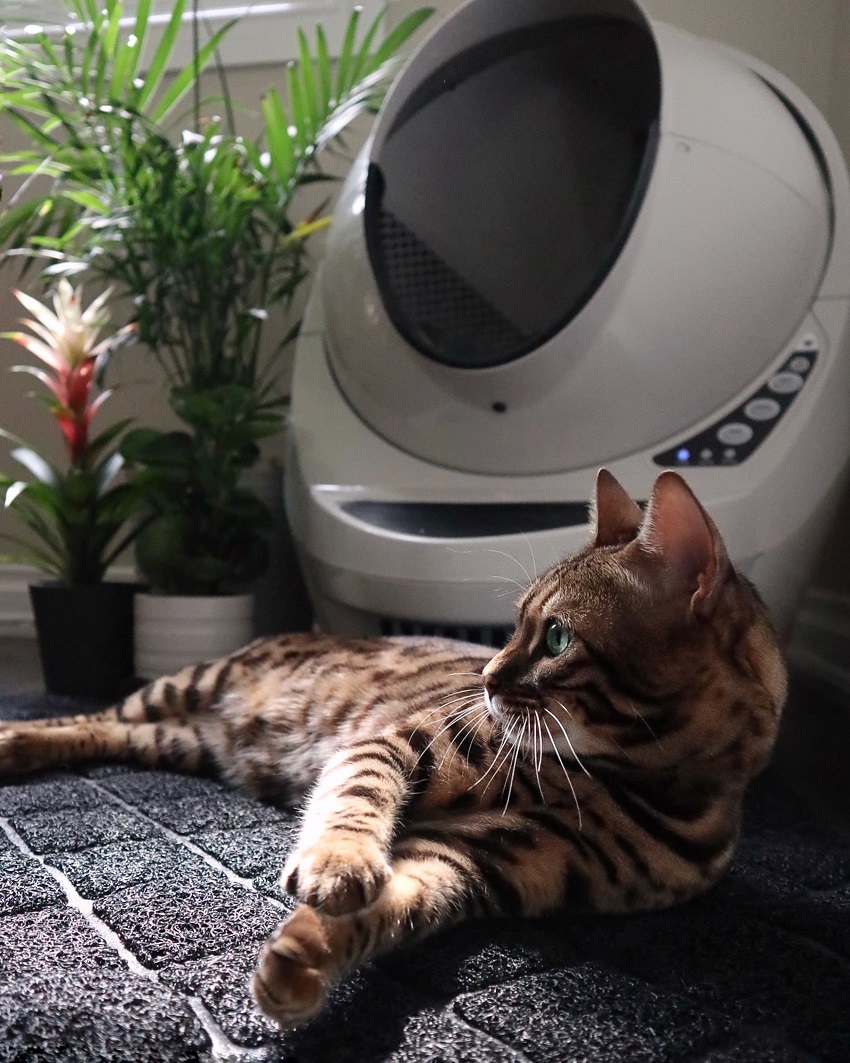 Have I convinced you to at least consider the thought? What if I told you that you can make payments? That’s right, Litter-Robot has partnered with Affirm so you can get your Litter Robot on payments, and if that isn’t enough , in most states you get free shipping, and if you’re still holding out, Litter-Robot is offering a free 90 day in-home trial. Just try it, what have you got to lose? And you don’t have to take my word for it, they have over 50,000 Reviews! See what everybody else has to say here: Reviews. Once you get it, you won’t let it go!

Now you know why you should have one, and here is how to get it; Click on the link here: Litter-Robot, click on the :Order Today” link, or the “Litter Robot” option in the header to choose which one you want. Yes it’s that simple, so go! You can thank me later!

Previous ArticleAutism: How Healthy Nutrition Can Help With Autism
Next Article When Should Kids Start Taking Music Lessons?

Thank you for posting such a great article! I found your website perfect for my needs. It contains wonderful and helpful posts. Keep up the good work!. Thank you for this wonderful Article!

Your blog post is very interesting. Your level of thinking is good and the clarity of writing is excellent. I enjoyed so much to read this post

I have a friend who has one of these, and she loves it. I’ve seen it in action, and it’s super cool.

OMG, this is fantastic! My brother has cats, he should get it! Thanks for the heads up.

how to use hotmail

Hotmail is a free email service provided by Microsoft. It was first known as “Hotmail.com”, but on April 3rd, 2013 Microsoft changed its website to “Outlook.com”.