You are at:Home»Uncategorized»5 Common Reasons Why Teenagers Misbehave

Bad behavior is just part of raising a teenager and they’re always going to act up from time to time. But if bad behavior starts to get out of control and your teenager is getting into serious trouble on a regular basis, you need to do something about it. Putting firm boundaries in place and punishing your teenager for bad behavior is important, but if you really want to solve the issues, it’s important to understand the reason for the behavior in the first place. 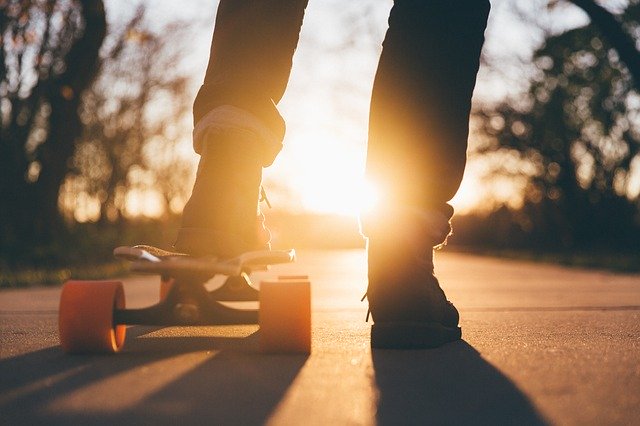 Teenagers do not start acting out for no good reason. Although hormones do cause mood swings from time to time, consistent bad behavior is usually caused by an underlying issue. If you can get to the root of that problem, you will find it a lot easier to build a better relationship with your teenager. These are some of the most common causes of bad behavior in teenagers.

They Don’t Have Clear Boundaries

Teenagers naturally want more independence, which is why they need very clear boundaries. If they don’t have a clear structure and some basic rules to follow, they will start pushing the boundaries further and further and their behavior will get worse. If you think that this may be the case, you need to start putting clear rules in place and enforcing them consistently. Unfortunately, if you try to do this later on, after they have already started misbehaving a lot, this may not work. In this case, it may be better to put them in a situation where there are rigid guidelines, like an all boys boarding school, for example. Being removed from their current situation and spending some time in a rigid environment with strict boundaries can be very helpful.

They Are Being Bullied

If a teenager is having a tough time at school and they are being bullied, they may start to act up at home. They are scared and upset and they don’t always know how to express those feelings, so they come out as anger. This is a tough situation because the parents don’t always realize that their child is going through this, and the bad relationship with their parent only makes the child feel worse. If your child is being bullied, it’s important that you talk to them about it and work with the school to resolve the issue. You also need to make it clear to your child that you are always there for them if they have any issues because, unless you are open with them, they will not tell you about the problem in the first place.

There Are Problems At Home

When you are trying to work out what the underlying problem that is causing bad behavior is, you should always look inwards first. Is there something going on at home that could be causing problems. For example, if you and your partner are having problems and you are arguing a lot, that can be incredibly scary for teenagers and they may start acting out for attention. If things really break down and you decide to get a divorce, that will often lead to bad behavior in teens. Things like money worries can scare teenagers as well, and they don’t know how to process that fear so it comes out as anger. Parents can spend so long trying to work out what is upsetting their teenager, without realizing that it’s actually something that they are doing.

If things are difficult at home, don’t try to hide it from your teen because they are more perceptive than you realize. They know that there’s a problem and trying to hide it only makes them more upset. Instead, you should speak to them about things like divorce or money worries and try to reassure them. When you start having open conversations about it, your child will feel a lot better and their behavior should improve.

They’re In With The Wrong Crowd

You can’t control who your child is friends with, as much as you might like to. This sometimes means that they end up hanging around other kids that are a bad influence on them. If they spend time with other kids that engage in bad behavior, there is a lot of peer pressure there and they will start acting out as well. Parents tend to deal with this situation very badly, and the issue only gets worse.

When you are trying to deal with ‘the wrong crowd issue’, criticizing their friends isn’t going to work. Teenagers are naturally defensive and this will push them further towards their friends. It’s important to remember that, even though you might think that it’s the friends that are the problem, those kids’ parents probably say the same thing about your child. Blaming the other kids won’t get you anywhere, so you have to try other methods.

Instead, you should make statements about behavior, not the friends themselves. For example, say ‘I don’t like the way those kids behave and I don’t want you to get in trouble with them,’ rather than saying ‘You shouldn’t hang around with those kids because I don’t like them.’

In some cases, you should limit the time that they spend with their friends, but this should be a last resort opportunity because it will cause a lot of tension. Sometimes, you just have to let them know how you feel and trust that they will make the right decisions.

When kids are having a tough time at school, it can be very frustrating for them and it may lead to tension at home. If you notice that they suddenly start acting out, consider getting in touch with the school to see if they are struggling. If they are, you could get a tutor to help them out or see if there is anything that you can do to help them improve their grades. When they catch up, their behavior should improve.

These are some of the most common reasons why teenagers misbehave, so if you are having trouble with yours, think about what the root cause of the issue might be.