In 1932 Walt Disney and his wife Lilly built their dream home in the Los Feliz section of Los Angeles where they would later raise their two daughters Diane and Sharon.  Last week, I took a tour of the fabulous mansion where Walt himself probably dreamed up magical tales everyday. As I walked though each room, I could only think to myself, “If walls could talk”. I envisioned Walt himself sitting in a chair by the living room fireplace dreaming life into the Three Little Pigs, or Snow White and the Seven Dwarfs. It was magical, just walking though his home and thinking of all that had transpired within those mansion walls. 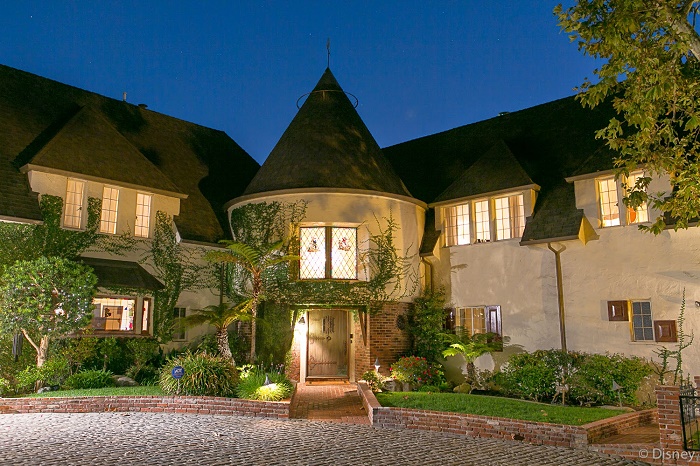 The Walt Disney Estate sits just below Griffith Park at the end of the Santa Monica mountains. The backyard houses a beautiful pool with a breathtaking view of the downtown skyline, a gated entrance and a brick privacy wall. 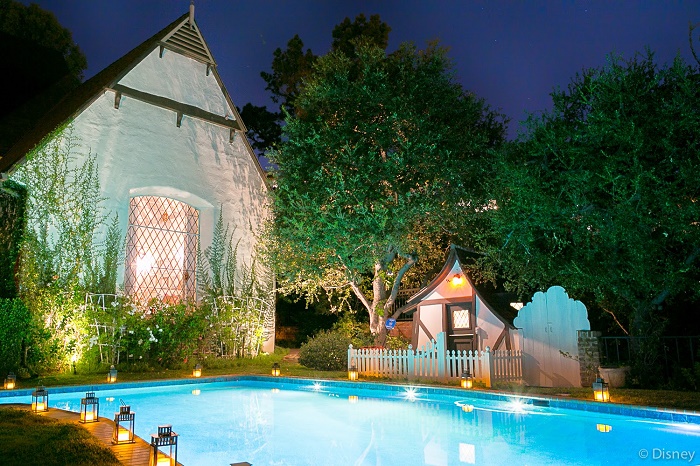 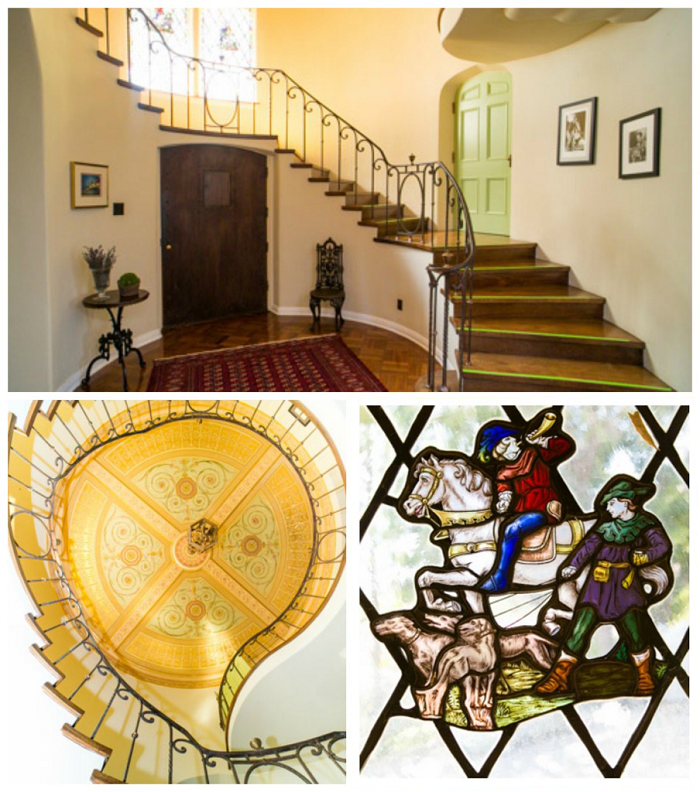 When you look at the details of the Walt Disney Estate, you can see the inspiration that went into many of the classics Disney movies. 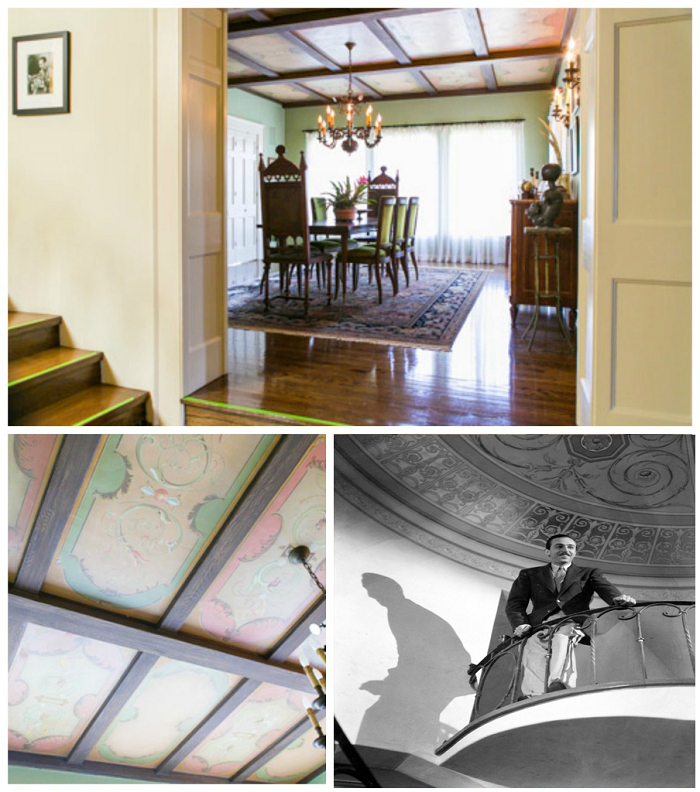 On the second floor, the tour guide told us how when the children were little that they would stand at the balcony on Christmas morning in order to view the beautiful Christmas tree. Diane Disney called it “Christmas Tree Point” because it was where she and her sister Sharon would get their first view of the Christmas Tree each year. 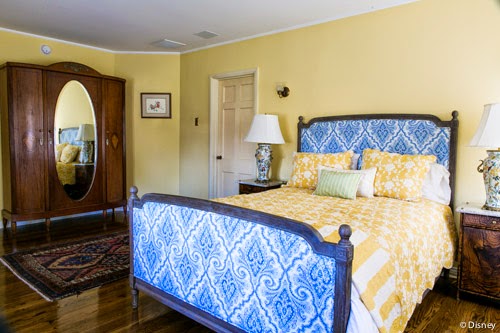 And finally, one of the most cherished rooms in the Walt Disney estate was the girls bedrooms where Walt would read to his daughters every night.

Stepping into the home of the Disney family is magical in itself. You can literally feel the magic that happened in the house over the years that the the Disney family resided there.  Each and every room told a tale, much like our own childhood homes when we were growing up. Honestly, in all my life I never knew magic until I toured the Walt Disney estate. Walt Disney brought magic to life and it still lives on today.

In addition to the guided tour of Walt Disney estate We actually got to watch some of the bonus content on the Diamond Edition of Sleeping Beauty. And with Sarah Hyland who spoke with us about filming “Once Upon A Parade” for the release of the Blu-ray/DVD. 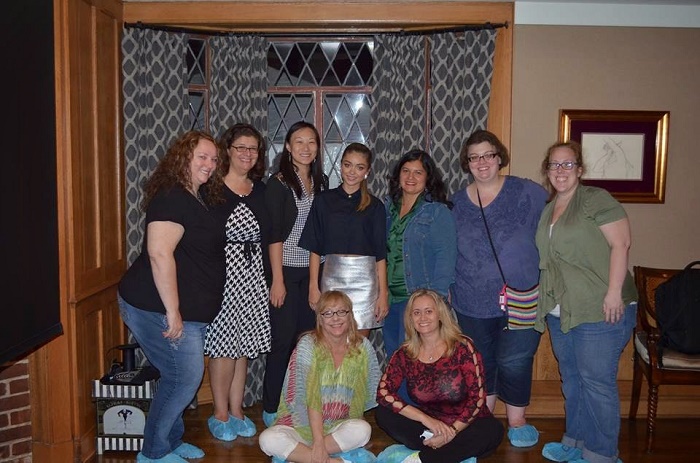 And just before we were about to end the Disney estate tour, we were able to see the original costumes worn by Angelina Jolie and Elle Fanning in Ma 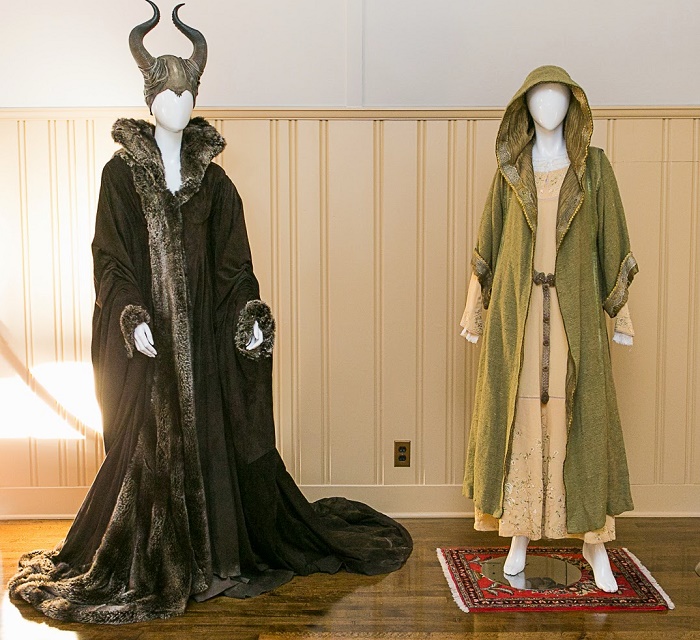 Oh my! What an enchanting home. I would love to visit and see for myself. It looks wonderful. I love the bedroom and the lamps. 🙂

That looks so dreamy! And it’s so cool that you got to meet Sarah Hyland! And to see those original costumes!

I could totally live there. It is so gorgeous and they must have been an amazing experience!

Wow what an amazing experience! I just love the look of the home, it looks classic yet contemporary, you are so very lucky!

What an awesome experience. This is wonderful.. Its beautiful. Its always great hearing how others grew up and learning the memories in their homes as well.. Thanks for sharing.

Absolutely delightful. I bet you had a wonderful time. It looks like you did. Nice to see you smiling.

Oh wow what a beautiful home and amazing experience you had! Looks like you could get lost in there. hehee!

The home is absolutely breath taking! Thank you do much for showing us a bit of it! The way you described the magic you felt brought tears to my eyes. Absolutely amazing!

What a beautiful home! I would love to see it in person! Such a wonderful experience, too!

What a thrill you’ve had. This trip will be a magical treasured memory for years to come. I loved reading about your adventure!

What a beautiful home especially for that time period. I can’t even imagine sitting around dreaming up things people have never heard of time and time again.

I had no idea that Walt Disney’s home was a place one could tour….such an interesting post.
http://xoxograndma.blogspot.com/

Wow, isn’t it breathtaking! I would so love to visit that estate and take the tour you did!

Oh WOW the grounds are exquisite! I LOVE the staircase. I would love to talk my hubby into a visit …

What a wonderful experience this was for you. The home is so beautiful.

Great review and tour. You must have been enchanted and mesmerized! I know that I would have been.. Thanks so much for sharing the tour with us.

What a fun tour. I would love to do something like this too, I can only imagine how fascinating it was to be on the Walt Disney estate!

WOW, what a gorgeous home and such an awesome experience to have had the opportunity to visit his home. Oh the memories that lay within those walls..love the pictures.

The home is amazing, but I actually love those costumes at the end. I love that kind of stuff. What a cool tour.

These are really awsume. Wish to be there . Thanks for showing us these .

WOW ! What an amazing place thank you so much for the great photos.

What a geourgeous house! The details are amazing and I love the history too. It’s exactly like you say. You can see the details from the movies and how Disney developed his magical world. I love it!