You are at:Home»Health»Temp-N-Toss Disposable Thermometers for Traveling Nurses

When I first tried Temp-N-Toss disposable thermometers, I was most excited by the fact that they don’t require batteries. Then, only a few weeks later, I had the most ironic conversation. My best friend is nurse. She travels all over town to take care of people in their home, people who need help with their medications and ailments on a daily basis. She was telling me about an elderly man she was taking care of. She had to take his temperature, but when she got her thermometer out, she realized that the batteries were dead. Because she’s required, as part of her procedures, to take every patient’s temperature, she was suddenly in a tough spot. She also had a tight schedule to keep and because she had to run down to the store to get batteries, it put her behind schedule. 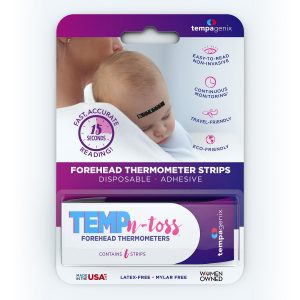 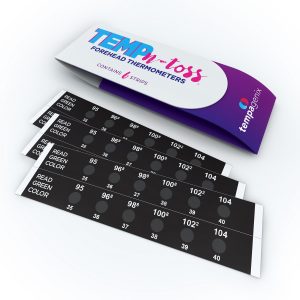 She knows she needs to be better prepared next time. So when I told her about Temp-N-Toss disposable thermometers, she was pretty excited. I gave her a package to take with her and try out. They have since been a part of her regular nurse kit. 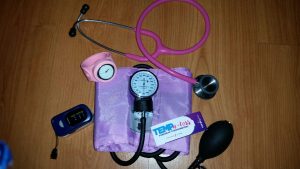 A few days later, she texted me, asking where she could get more. She absolutely loves them. She still uses a regular thermometer but she feels a lot better knowing she has an easy, affordable back-up always on hand. It never hurts to be prepared!

Save yourself the hassle and get some today, available exclusively at walmart.com.

Previous ArticleDisney Tsum Tsum Mickey Minnie Tsweeties Valentine’s Giveaway 5 Winners
Next Article Do You Know Measuring Your Baby’s Formula Wrong Can Cause Them To Have A Upset Belly?