Sheets are just sheets you say?  Not so with Simplified Bedding…

because Simplified Bedding is Simply Genius!

Duvet and top sheet in one – a simple idea that makes making the bed a snap.

Where have you been all my life?

For those of you who are mothers, you know full well, that kids often don’t want to make their beds.  For many, it’s not necessarily because they are lazy, but that it’s not always easy for them.  Shoot, I’m not all the crazy about the chore myself!  The top sheet can get twisted and/or shoved down towards the foot boards.  The comforter or duvet slips around and gets all catywampus or slides off one side, onto the floor. Back and forth I go from one side of the bed to the other. BUT – with Simplified bedding, making the bed is as easy as 1,2,3. 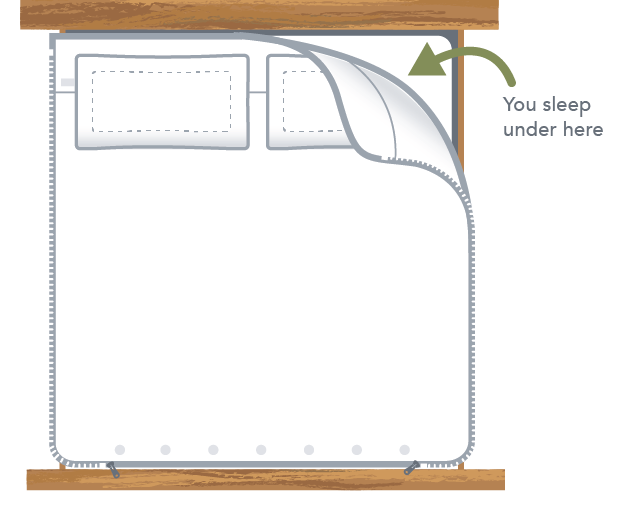 Simplified Bedding is the only patented bedding of its kind, combining a soft, simple-to-use duvet cover with a seamlessly zippered-in flat sheet. Why is this so cool? You will spend virtually no time making your bed; you can forget about tangled sheets; and you can easily zip off the flat sheet for washing, while your duvet cover will need to come off/on less. 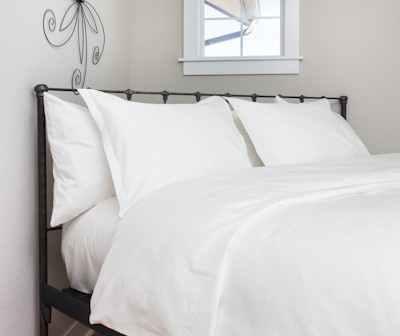 Simplified bedding comes in Twin, Queen and King Sizes.  Standard Shams are also available, as are additional “top” sheets.  We received our King size set last week.  I will admit, it took me a while to get the insert (which is not included in the bedding) into the duvet cover.  I’m sort if short and tried to negotiate the huge king size set on my own.  Then I had to figure out how to attach the top sheet to the “canvas”. Once I moved upstairs and laid it out on the king size bed (instead of the full size that is in the downstairs guest room) things went much more smoothly. Also, when all else fails, READ THE DIRECTIONS.  I would have saved myself some time, if I had done so before I started.

I was shocked at just how lusciously soft this bedding is. The crisp white makes a great base for any extra pillows or throws, that you might wish to add.

Oh, the ease of making the bed once the Simplified bedding is “assembled”.  I was really interested in this bedding, because one of my sons-in-law, is technically disabled (although he doesn’t think of himself as such).  He had a brain tumor, and during the operation to remove it, his spinal cord was nicked. This resulted in the total loss of the use of his right hand, and limited use of his right leg.  This was especially hard on him because his right side is his dominate side.  He does his best to help out around the house, but as you can imagine, simple chores for the rest of us, can be daunting for him.  Since my daughter goes to work earlier than he does, he likes to be able to make up the bed when he gets up, but that task up until now, has been so very time consuming for him. No longer. With Simplified Bedding, he is easily able to make up the bed, which is a very big deal to him!

This homemaker, mom and mother-in-law, gives Simplified Bedding an A+ in the bedroom!