You are at:Home»2015 Summer Fun & Travel Gift Guide»Keep Your COOL with Cool Collar

Nano-Ice is a brand new Cool Collar cooling necklace that can keep you cool – without that dreaded brain freeze – for up to 3 hours.  Even in the hottest weather and high humidity conditions, you can stay cooler and more comfortable. I’ve tried those other types of cooling necklaces…you know, the kind that you soak in water, then place in the freezer. Yes, they do cool you off, but they don’t last long and they can actually hurt when you first place them around your neck.

I live in a hot humid part of the country.  From late April through September (and often October), the heat can become unbearable.  Just walking out to the mailbox at the end of the driveway often leaves me soaked in sweat.  I’ve been using the Nano-Ice Cool Collar for over a week now, and it’s been a lifesaver! I keep 2 in the freezer, and swap them out during the day. I slip one on when working in the yard, walking the dog and sometimes just when I get hot from doing housework, or sorting out supplies in the garage.  When I’m feeling generous, I let my husband use one, when he is doing home repairs, or washing the cars.  The photo shown below, does not depict the new style that has magnets on each end, to make using the necklace even easier.

Check out Nano-Ice, and keep your cool! 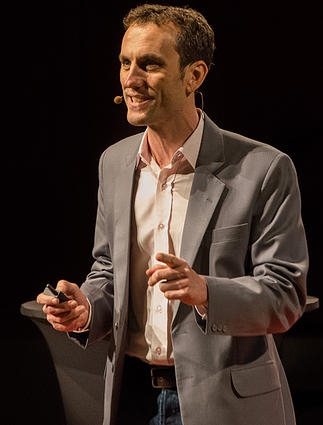 Whte says, “No matter what project I’m part of in the future, just like in the past, it is important that there is a strong social impact component to it”.  So for Nano-Ice, manufacturing the cool collars will be done locally in Boston by people in need. In this regard, he’s been offering job opportunities for the unemployed through homeless veterans’ associations and Goodwill. Also, the very first people to test the benefits of these cooling necklaces are medical professionals treating Ebola patients in the extreme heat of Liberia and Sierra Leone.

The Nano-Ice Cool Collar has just launched a Kickstarter.  Head on over and check it out, and pass on the link to your friends!

Previous ArticleKeeping Your Child Safe: Smart Tools You Need to Protect Your Kids
Next Article Never Ask What Day It Is Again

Hi Libby,
Thank you so much for sending this thoughtful blog out. We had a strong launch on kickstarter but we seemed to have lost momentum. I’d appreciate any advice on getting our kickstarter link to out to people who are suffering from heat: https://www.kickstarter.com/projects/nano-ice/nano-ice-cool-collar-the-freezer-charged-cooling-n

wow i can really use this

This sounds like a great product for the summer time in Memphis. Also, it could it double as a teething necklace for my son?

This would be awesome where I work! I work in a hot steamy warehouse that is way hotter then it is outdoors. This would be perfect for me! Thank you for the review.

This would be great for when im out gardening!

i love that it connects with strong magnets. it’s sometimes hard to fasten necklaces in a hurry [onour way out the door], and even harder when the necklace is cold or hot! 🙂

Similarly to you, I live in a very humid and hot part the of the country. Louisiana weather (NOLA or Baton Rouge) from March to October can be unbearable to non-residents because it feels like you are in a sauna as soon as you walk out of your house. The air can be so thick and wet that for some people, it is hard to breathe. This necklace sounds great to have in condition like ours.

My husband and I could really use this. We work outside all day and into the night. It gets very humid here. This would be a life saver.

My boyfriend needs this for when he works out in the yard. It is so hot here in the Summertime. He would love this!

Thanks for your wonderful review! I hadn’t heard of this product before; now I know that I definitely need one or two 🙂 I love your idea about storing the extra necklace in the freezer, especially since it’s been so hot and humid all over! What a great product! We don’t have A/C here, so I know I’d be wearing it most of the time…maybe I’ll need to get a new wardrobe to go along with the colors in this necklace 😀

This is a terrific idea — I can think of many times where this would have been wonderful to have.

It’s summertime. Couldn’t ask for anything better. Watching sports, gardening, sitting by the pool. You name it.

Since it is summertime, this would really come in handy.

I’ve never seen anything like this before! It looks amazing!!!

Wow, this is for me! Not only does it get hot & humid here in NYC, but it’s hot flash time! I need something to cool me off, and wuick! Thanks for the head’s up!

Where have these been all my life? I NEED one!

I love the idea that this is made here in the USA by people who need a hand up the ladder.

this is really neat ! my sisters daughter is cutting teeth and this would be perfect for her

This is very interesting. I would love to try one out and see how I like it. I would hope it comes in different colors and designs?

That looks so cooling and useful!

I use a small wet towel and wrap it around my neck to stay cool and it’s such a pain in the neck because your clothes get all wet and it doesn’t stay cold very long. This necklace sounds so wonderful and I would love not having wet clothes anymore and to stay cool for up to 3 hours, that sounds like heaven. What a great product….

This would be perfect for when I’m out working in the garden!

I live in Florida and it’s so hot, and humid. Put hot flashes on top of that and I need this product! It’s such a fantastic idea. Thank-you for this helpful information & review. 🙂

My parents would love this since they work outside all day!