You are at:Home»Health»Fertility Drugs for Women

The most effective fertility medications and fertility drugs for women

It is not uncommon for infertility issues to arise. As a matter of fact, approximately one in every eight women has trouble either conceiving or carrying a pregnancy successfully. After one year of unprotected intercourse, a woman is expected to become pregnant. If she is above 35 years, six months is more than enough.

If unable to conceive after this period, then the couple is said to be experiencing infertility issues. Failure to conceive can be attributed to both couples. In fact, one-third is attributed to the male partner, one-third to the female counterpart and one-third is either a combination of the couple’s problems or unexplainable. Approximately 50% of the women with infertility issues seek medical intervention and 65% of them conceive and deliver successfully.

For most couples facing fertility problems, searching for fertility drugs online is considered the first step towards treatment. Fertility medications are very effective, and millions who have relied on them have achieved their desired results. Additionally, fertility pills can be used together with Assisted Reproductive Technologies like In Vitro Fertilization and Intrauterine Insemination. 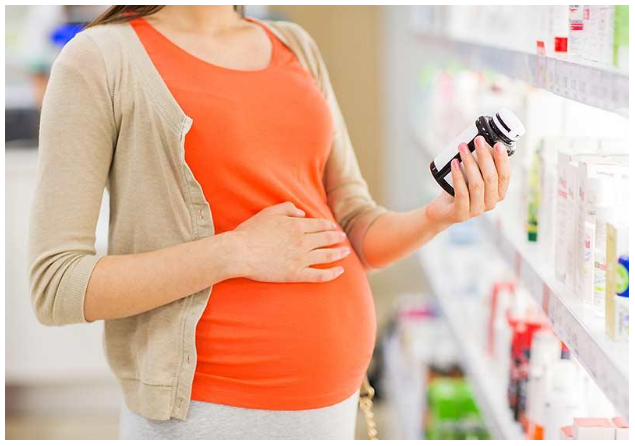 The amount and type of medication depend on the woman’s diagnosis and the treatment method she is pursuing. Therefore, it is important to understand the fertility drugs involved, how they are used and where to buy them.

There are various types of fertility drugs online that can be prescribed to a woman depending on their diagnosis. The most common fertility medication works by stimulating a woman’s ovaries to release more eggs, which increases the chances of conceiving. However, other drugs can be used to prevent premature ovulation during IUI or IVF medication.

Superovulation or controlled ovarian hyperstimulation is a process that requires fertility drugs to enhance the production of multiple eggs per cycle. The fertility pills here are used together with IVF or IUI.

You can benefit from fertility drugs if you have either of the following conditions.

Like aforementioned, the right medicine for you depends on why you have a problem ovulating and conceiving or whether the drugs are a part of an assisted conception such as IVF treatment. However, all these drugs will help you conceive. We will look at four different women fertility drugs online namely;

Clomiphene citrate inhibits the effects of the estrogen hormone in the brain. When assimilated into the body, the blocking effect tricks the body into raising the levels of the two other hormones that are necessary for ovulation. The other hormones are the luteinizing hormone (LH) and the follicle-stimulating hormone (FSH).

The FSH is responsible for making the eggs in the ovaries to mature awaiting release. The work of the LH is to set off the release of one or multiple mature eggs from the ovaries for fertilization.

You can find clomiphene citrate in a fertility pharmacy with the brand name Clomid, Serophene and Clomifin.

Follicle stimulating hormone (FSH) and the luteinizing hormone (LH) are types of gonadotropins. As we mentioned earlier, they function to stimulate production and maturity of the eggs. A physician will prescribe gonadotropins to a woman with polycystic ovarian syndrome and have failed to respond to other fertility drugs online or those undergoing IVF medication.

LH and FSH can be administered into the body through injections over the course of 10 to 12 days. After the injection of the gonadotropins, one is injected with another hormone known as then human chorionic gonadotrophin (hCG).

HCG informs your eggs that they have finally matured and are ready for release if you are undergoing IVF medication, the eggs will be extracted from the ovaries. hCG also ensures that there is an adequate production of progesterone which is essential to maintaining a pregnancy.

Metformin hydrochloride is a medication that functions to make the body more receptive to the hormone insulin. Although it is licensed as medication for diabetics, it is also used to treat ovulation defects in females who have polycystic ovarian syndrome (PCOS).

Particularly, it is useful for obese women with PCOS as they are more susceptible to have issues with their insulin levels. It can also be added to clomiphene to increase its potency for women who are non-responsive to clomiphene on its own.

Metformin functions to lower the insulin levels in the blood. As a result, it can restore a balance between the body’s estrogen and testosterone levels and help a woman ovulate regularly.

In a fertility pharmacy, metformin is known as Glucophage.

Excess prolactin in the body can lead to a hormonal imbalance. Hyperprolactinemia is the name given when a woman has too much prolactin in the blood. The hormonal imbalance brought about by too much of this hormone can inhibit the production of estrogen and ovulation as well. Dopamine agonists function to activate the brain’s dopamine receptors and repress the production of prolactin by the pituitary gland.

Cabergoline and bromocriptine are good examples of dopamine agonists. Cabergoline can also be used during IVF medication to reduce the risk of ovarian hyperstimulation. Note that it does not affect the chances of multiple pregnancies or your chances of conceiving.

Bromocriptine is available in a fertility pharmacy near you or online as Parlodel and cabergoline are known as Dostinex.

Fertility medication for men can help to rectify hormonal imbalances and enhance sperm health, thereby boosting his fertility potential. However, it is good to note that men fertility drugs cannot treat blockages, varicocele, and retrograde ejaculation. For such conditions, surgery may be the next best option.

Hormonal balance is one of the key factors that determine the production of healthy sperm. You probably didn’t know that the same hormones responsible for fertility in women are the same that control men’s. Therefore, you may realize that the same fertility drugs a doctor prescribes for women ovulation problems will be the same medication for sperm problems.

Before most patients can start any fertility treatment, they always want to know the side effects and possible risks of proceeding with the medication. When we talk about side effects, we are referring to symptoms reported by a significant fraction of patients under the same drug. In most cases, these are usually minor symptoms. However, you may also encounter adverse effects which are more severe but rare and unpredictable.

On a scale, the most negative effect would be a heart attack or a stroke and a less severe one would be OHSS, ovarian hyperstimulation syndrome. A fertility drug with a significant frequency of adverse effects is highly unlikely to pass approval of the FDA. On the other hand, long-term effects are adverse effects that remain undiscovered until long after the therapy was undertaken.

In general, fertility medications have been found to be very safe. In most cases, they are associated with mild side effects or rare and treatable adverse effects such as OHSS and no proven critical long-term effects.

Here are the most prevalent side effects of fertility drugs;

The most widespread side effects of clomiphene include hot flashes, dizziness, sweating at night, and mood swings. Adverse reactions may include bloating, abdominal pain, temporary visual disturbances, and ovarian hyperstimulation. Non-invasive ovarian tumors are one of the long-term effects linked to clomiphene. However, it is not proven to be causative and is not related to invasive ovarian cancer.

Pregnyl has been known to cause some discomfort during ovulation.

There are various side effects reported with this drug including swelling, weight gain, shortness of breath, nausea, dizziness, fatigue, chills, body aches, weakness, muscle pain and bloating. This medication can cause lactic acid build-up in the body, a potentially fatal condition also known as lactic acidosis. In the case of symptoms such as uneven or slow heart rate, numbness or weakness, it is advisable to seek assistance from a doctor.

Some of the known side effects of dopamine agonists include constipation, headaches, nausea and vomiting, dizziness, and hallucinations.

Other possible serious risks of fertility drugs include;

Vision changes- while only a small proportion of women report vision disturbances, it is important that you report to your doctor immediately. You may see flashes of light or a blurred vision accompanied by a severe headache. In most cases, it is caused by Clomid or letrozole

Ectopic pregnancy- there is a slight risk getting an ectopic pregnancy associated with taking gonadotropins. In the event of any severe pain in the pelvic region, get in touch with your doctor immediately.

Ovarian hyperstimulation syndrome- fertility medication deliberately causes the ovaries to produce more eggs than usual. OHSS is a case where the ovaries have become stimulated until it becomes dangerous. This can happen during IVF medication or with gonadotrophin and Clomid treatment.

Multiple pregnancies- When taking fertility drugs, you are more likely to conceive twins, triplets or even more. The risks may vary depending on the treatment plan you are undertaking. With gonadotropins, you are three times more likely to get twins than with Clomid.

Ovarian torsion— is a condition that may arise as a result of a complicated OHSS. It manifests as enlarged ovaries or ovaries twisting and cutting off blood supply as a result.

Fertility drugs have performed miracles for couples who were hopeless. It is not possible to completely stay away from all side effects. However, you can consult your doctor on some ways to reduce the side effects.