Both Makia and Sassy are offspring of Mittelwest German Shepherds. They are beautiful, have amazing personalities and perfect temperaments. They are extremely smart and trained very quickly in basic commands.  When the image was taken, Makia was ten-months and Sassy was ten-weeks.

Mittelwest breed studs and dams are not only champions, they are amazingly beautiful! VA Figo di Casa Caputi SCH3 (IPO3), KKL Of Mittelwest GSD’s  and Highly Awarded Stud is the father of Sassy and Makia so they share the same father. 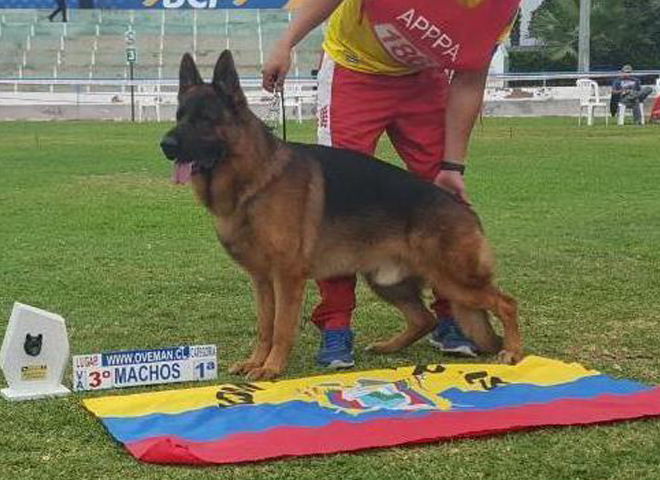 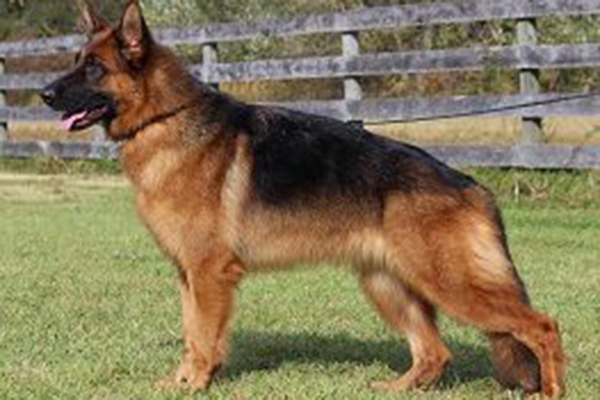 Sasssy’s first week with us she learned sit and down. I mean she is so smart she mastered those two commands at just eight weeks. She’s a spitfire too. She loves to try and dominate her bit sister Makia. And they’ve become completely inseparable.

Because of the high intelligence of the breeding stock Mittelwest German Shepherds has produced, both Makia and Sassy house trained very quickly and easily. We own a large farm with woods and a pond. We were able to train them both the property line and not to go past the property lines when outside. And neither of them ever leave the property. They both enjoy running free daily on the farm and get plenty of exercise. 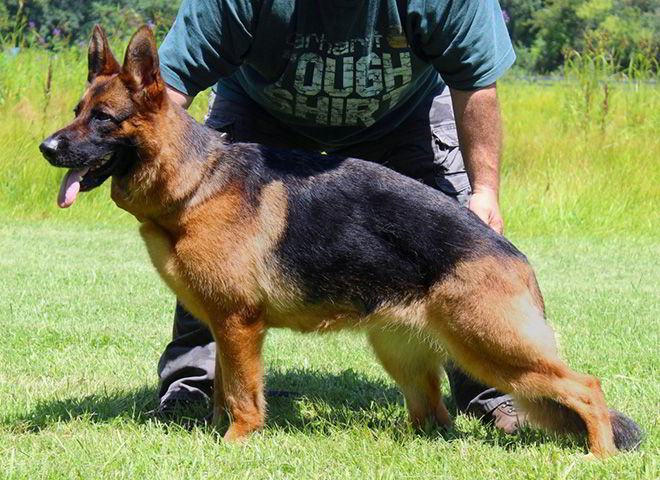 This sounds like a good way for people to find a stud if they are looking to mate on their german shepards, I have to admit it isn’t something I had ever thought about how you would go about.

What a great way to train the dogs. Trained dogs are always the best.

German Shepard were popular when i was a kid, i don’t see them as much anymore. I agree that trained dogs are the best.

German Shepherds are such beautiful dogs. They are so loyal and great protectors. I would love to own one again some day.

This dog is such a smart breed, we are thinking of getting a dog to keep. German Shepherd is definitely high up on the list.

My mom was a dog breeder and trainer many years ago. She enjoyed finding studs and mates.

Something finding the right stud or mate for your dog is difficult. Glad therr is a service like this, and could help breed the right one.

What a little cutie! I don’t know much about dogs or German Shepards, but this was really interesting to read.

Those are such handsome dogs! It sounds like these people really know their stuff. That’s important when it comes to breeding.

I swear German Shepherd puppies are the cutest things ever! Your ears make them so cute with a floppy they are and yet pointy!

German Shepards are my favorite type of dog. I grew up with one and had one as an adult. They are easy to train, great with kids, and protective of their families. They are beauties!

I love German Shepherds, as well. They are so smart and loyal. AND they are also intimidating looking. That’s important for going on walks, especially at night. The dogs these guys are breeding look so handsome and healthy.

Sassy is so cute! If I was going to mate my dog I’d definitely go through a stud service like this to ensure good quality studs. Those dogs are beautiful

German Shepherds are such a pretty breed of dog. That’s awesome that your Sassy trained so easily, as that can be a real challenge.

German sherperd is my favorite dog breed. They loyal and very protective of their owners. I hope to get one someday.

Not something that has ever been on my radar. I have a friend who has German Shepherds though, and will be passing this info on to her.

It’s definitely important to consider your stud when you want to have puppies. This sounds like a great service so you know the bloodline.

German Shepard are incredibly smart and I would take one any day (except our chihuahua doesn’t share my love of other dogs – ha ha) I would use Mittelwest German Shepherds.

Such beautiful dogs! Glad the training is going well; they are very smart animals.

These dogs are so pretty! It seems like trainers are able to accomplish a lot with them too.

I think it is so important to do your research and make sure that you are dealing with professionals when it comes to breeding. German Shepherds are such beautiful and smart creatures and it sounds like yours are true loyal members of the family!

I have never heard of something like this but it sounds like a great way to meet other pets. I would love this!

I really like the idea of this if you are looking to meet your dog up. Such an interesting concept.

I rarely see German Shepherds around anymore. Looks like you’ve got a beauty!

When I was a kid I had a shepard. They are such large, beautiful dogs.

What sweet dogs. German shepherds are one of my favorite breeds. I have two chow mixes.

Look at these beautiful puppies. I wish you best of luck with them!

If you want a pure bred, a good breeder is so important! Mittelwest sounds like a great option for German Shepherd breeders.

Wow, she sounds like a dream to train. I’m still working on training

I love GSD’s such pretty and smart dogs. I’m not ready for one at this point in my life but someday I hope I am.

I didn’t even know this was an option. They are all such beautiful dogs. Our pug died this year, and we’ve been thinking about getting another pet.

We had a German Shepherd when I was growing up. He was my first and last dog! So loyal.

I remember seeing them when I was a dog bather around May or June, and yes, they’re trained ones, too. Made me smile whenever I say a command to them.

I have always wanted a German Shepherd. These ones are GORGEOUS.

I don’t have any pet right now. Will consider German Shepherd when we decide to get one. I like that it can be trained easily.

German Shepards are beautiful dogs. Is it the breeding that makes the dog trainable? Would it make a difference if it was a dog from a shelter who had a good trainer? I love the second photo, it’s perfect for this time of year.

This is a great way to train dogs. I don’t have anything against the German shepherd dogs but my heart still goes out to Labradoodle.

I’ve never really known much about breeding dogs, but German Shepherds are awesome dogs! This is really interesting information to learn.

German Shepherds are such a popular breed of dog, I have always wanted one. This is such a great way for training among other things. Thanks for sharing!

I love german shepards and had one when I was young. I don’t see them around as much as I used too. Trained dogs are the best. I personally trained my golden doodle and he is amazing. If I hear of anyone who would like german shepards I will refer them to you.

My husband and I thought about getting a German Shepherd way back when we were getting a pup. We wound up going with a golden retriever. We love her and she has been a great dog.

If I were to get a pet it would definitely be a dog. German Shepherds are so beautiful, too. I’ve always heard such great things about them from people who own one. Maybe someday I’ll finally take the plunge and get one.

How cute and adorable these puppies are! I know important it is to find a good pup! I love German Shepherds – they are such special dogs!