You are at:Home»Food & Drink»10 Healthy Foods That Can Help You Live Longer

The pursuit of immortality has been embedded in our nature ever since we came to exist. Several civilizations tried looking for ways to cheat death, but with no avail; mostly because they ended up dying in wars. Now, however, science managed to actually make some tangible progress in the matter. While it may not have found a solid way to cheat death, it has managed to find foods that can help us live longer.

After some research, we managed to get some information on ten of these foods filled with health benefits. 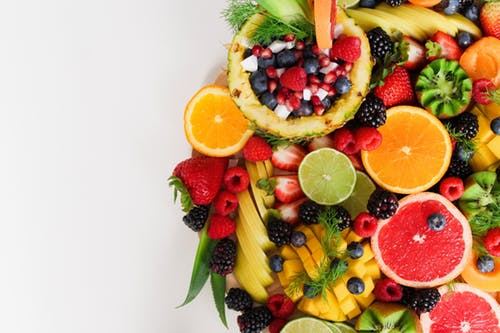 They happen to be filled with healthy fats, which not only boost weight loss but also aid in bringing down cholesterol levels. Don’t forget the antioxidants and vitamins, too.

They are one of the protein-loaded foods that bodybuilders swear by. The protein, combined with the appropriate consumption can lead to increasing the levels of good cholesterol in your body, and an overall healthy body.

The food is filled with proteins, as well as, good bacteria that contributes greatly to gut health. Eating yogurt can guarantee you easier digestion, as well as, peace of mind from an inflamed bowel.

It is known as the peanut butter of vegetables because of how good it tastes. Not only that; in addition to its cancer-fighting properties, it is also good post-workout food. With an appropriate workout plan from https://veganliftz.com/, avocado can be used to build muscle effectively.

While some label it as old people food, oatmeal is far from that. You can easily get creative with it by adding chocolate powder, cinnamon, or honey, and at the same time, reap its cholesterol regulatory benefits.

While milk chocolate is mostly milk and sugar, dark chocolate has a higher concentration of cocoa beans, which are known for the massive amount of antioxidants they contain.

The skin contains a lot of fiber, which can help you feel full for longer, meaning that you won’t opt for that bag of chips in the middle of the day. Not to mention, the fruit’s effect on the immunity system.

Like walnuts, they share the same set of characteristics; but, with almonds containing a lot more protein.

You can combine them with most foods for an added benefit of extra fibers. They are effective in maintaining low blood sugar and suppressing appetite.

Having read all of the above, it is quite noticeable that most foods on the list work on, at least, one of three levels: cholesterol regulation, blood sugar control, and gut health. This being said, it is important that you supplement eating these foods with a healthier diet. If you maintain unhealthy eating habits, these foods won’t be able to help. Just imagine putting a spoonful of Chia seeds on a beef burger; pretty useless, isn’t it?