You are at:Home»Health»What Are The Most Common Types of Birth Injuries?

According to the CDC, roughly seven out of one-thousand births in the United States experience complications that lead to birth injuries affecting children. In the US, about 10,000 babies are born every day. Logically, it follows that roughly 70 newborn babies experience a birth injury every day.

Though statistically uncommon, the number of birth injuries that happen every day seems higher than they should be—given how far medical science has come since the turn of the millennium.

Some birth injuries, such as minor bruising or scratches, are not terribly serious. However, other birth injuries have life-long consequences for the child and the parents. More serious medical complications from birth injuries are cerebral palsy, paralysis, traumatic brain injury, or broken bones.

The Most Common Types And Causes of Birth Injuries

In order to know how to prevent a birth injury, it’s essential to know the potential types of birth injuries and what most likely causes them.

Traumatic Brain and Head Injuries Are The Most Common Birth Injuries

Whether from medical malpractice or birth complications, traumatic brain damage during birth is the most common birth injury. These injuries can result in many medical conditions that negatively impact the life of the child and the parents.

This is one of the most severe birth injuries and is caused by a lack of oxygen. When the brain is cut off from oxygen for an extended period of time, the cells in the brain begin to die. Because the brain has such high oxygen requirements, the window of time a brain can survive without oxygen is very short.

With hypoxic-ischemic encephalopathy, a region of the brain dies from a lack of oxygen, leading to permanent brain damage and varying degrees of disability in the child.

Hematomas occur when blood pools outside of blood vessels, creating a large, swollen cavity. During birth, hematomas are most likely to occur on the scalp, which must endure great external pressures during the birthing process. Some hematomas are not life-threatening and fade with time. Other hematomas, like subgaleal hematomas, can pose a risk to an infant’s life.

This brain injury usually occurs in premature infants. It can lead to cerebral palsy as well as epilepsy. PVL occurs when the developing brain doesn’t receive enough oxygen, blood, or nutrients during the pregnancy, causing a decline in the amount of white matter in the brain. The cavities that form from the decaying white matter fill with fluid and remain inert.

What Can Cause Them: Prolonged or Delayed Labor

Labor is stressful for both mother and child. Certain factors, such as a high BMI in the mother, can prolong the labor process, potentially leading to complications for the mother and birth injuries for the baby.

What Can Cause Them: Medical Malpractice

Additionally, mistakes during the delivery can also cause traumatic brain injuries in infants. Improper use of forceps, vacuums, and other tools can sever nerves and damage tissues. In some cases, the parents of a child who suffered a birth injury can receive compensation for a birth injury with the help of a medical malpractice lawyer.

What Can Cause Them: Infections in the Mother During Pregnancy 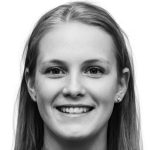 About the Author: Jenn Walker is a freelance writer, blogger, dog-enthusiast, and avid beachgoer operating out of Southern New Jersey.

Previous ArticleHow to get a medical card for marijuana?
Next Article Children’s Party Ideas: First Birthday