You are at:Home»2013 Holiday Gift Guide»SpinMaster Has the BEST TOYS THIS HOLIDAY SEASON!

Oh SpinMaster how my kiddos dream of you each night! And it’s the truth? I think every kid born dreams of getting a fabulous SpinMaster toy. My daughter is the biggest offender in this household. She wants everything and I mean everything. But two of the things she loves the most from SpinMaster are the Flutterbye Fairy and the Zoom Pets.

Zoomer also captured the heart of this little girl. Sophie is just tickled pink that Zoomer is like a real pet. She can tech Zoomer tricks, call his name, teach him to 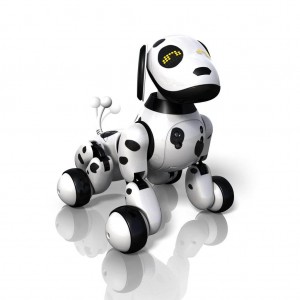 sit and lay and so many other adorable things. You can download the iOS or Andriod app free to. Sophie is a master teacher, she spends hours playing with and teaching Zoomer to be the best dog a girl could ever ask for.

SpinMaster really went above and beyond with these two toys. And while Sophie loves Zoomer and has claimed him as he own, Niko loves him just as much and swears that Zoomer is his dog and not Sophie’s. They’ll work it out.

A few of the toys Niko deems worthy of Santa placing under the tree this year are the Air Hogs Helix X4 Stunt, the Air Hogs Atmosphere, and the Spy Gear Panosphere 360 Spy Cam. He swears these are the best toys a boy could find under the tree on Christmas morning. And who are we adults to suggest otherwise? I go with what the kids say. But, I have to add that I’m thrilled with SpinMaster and their amazing assortment of clever toys to select from.

Watch this video and you’ll see why! 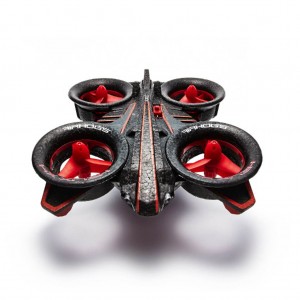 “The Air Hogs Elite Helix X4 Stunt is a high-performance RC stunt quad-copter! Utilizing 2.4GHz radio control, gyro stabilization, and 4-ducted fans, the Helix X4 Stunt is aggressively maneuverable and incredibly fast! Perform 3 incredible stunts with the push of a button as you backflip, barrel roll and 180 flip. The Helix X4 Stunt features incredibly crash-resistant materials protecting the rotors and delivering superior durability. Its full 4-channel control enables the Helix X4 to easily outfly any obstacle and out stunt any other RC vehicle. Nothing moves like a Helix! Experience the future of flight with the agile Helix X4 Stunt”! 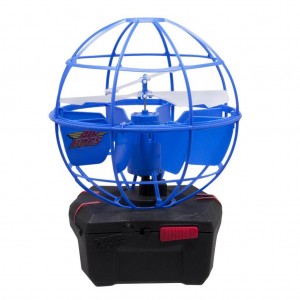 And for any boy or girl this is the best toy every! The Panosphere 360 Spy Cam Well, most siblings love to annoy one another and this is perfect for that! Now the kids can spy on each other any time they want. Well, in a fun way that is. 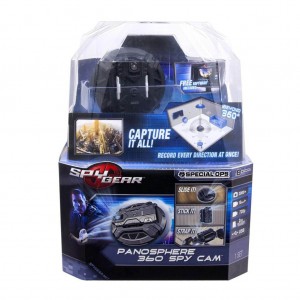 “Capture it all with the advanced technology of the Panosphere 360 Spy Cam! The Panosphere is capable of recording in every direction at once. Its amazing 360° panoramic video recording ensures you don’t miss a thing. Take 2000+ photos or 10 minutes of video in 720p! With 3 ways to play you decide how you’re going to record: slide it, stick it, or strap it. Each attachment gives the Panosphere a new way to remain undetected. The included video editing software lets you explore your footage, make edits, and upload to social media networks. Gear up with the all-seeing Panosphere 360 Spy Cam from Spy Gear!”

SpinMaster has been generous enough to offer one lucky Mom Blog Society Reader a chance to win a Air Hogs Atmosphere a Spy Gear Panosphere & a Spike Mic! Simple click the image below to enter via the Rafflecopter! GOOD LUCK!

I love spy gear! Got a nosey B.I.L so I could really put this to use!

Didn’t realize they had such a wide variety and age groups. Thank you

My son would LOVE these! Thanks so much for the chance to win. 🙂

My son would LOVE these!

this looks like somthing all the boys in my house would enjoy playing with.

My daughter would absolutely love this. thanks for the contest.

The Air Hogs Atmosphere is on my son’s Christmas list. It looks like a lot of fun.

My sons would love this! Thanks for the opportunity 🙂

There are several of the spin master toys that my son has his eye on this year especially Zoomer.

my grandkids would love this!.. thanks for the shot @ winning!

These are some pretty awesome toys. I have a feeling that my kids would love toys like this. Will have to check them out.

my twin 9 yr, olds boy/girl would love these ty for chance