You are at:Home»Health»Alcohol Addiction: Don’t Get Lost, Be Informed

It’s been given a newer name now, Alcohol Use Disorder (AUD), but it doesn’t matter what name you give it, whether AUD or alcoholism, as its negative effects have been experienced by people of all classes, genders, age, and race. If you drank before the age of 15, this might lead to struggle with alcohol later in life. Depending on age moderate consumption of alcohol will not affect a person mentally or physically. It’s when that moderate consumption reaches past the certain levels that a person might be considered to have AUD.

An estimated 16 million people in the United States have AUD. What makes this a difficult situation is that usually the person drinking is the one who doesn’t realize that their drinking is causing them problems, and alcohol is like a noose around their neck. Nor do they realize that they’re drinking excessively. It could take them a lot of time to grasp the notion, come to terms with it, and do something about it. It’s more often than not that someone with AUD would be in denial.

Even though the addiction has been around for centuries, we do know that people aren’t all that familiar with the facts about AUD. At least not until something serious happens, for them to learn more about it. Both the drinker and those around them need a better understanding. So this is as good a place as any to start informing you.

Actually, nothing has been proven to cause it but we can say that some people are more vulnerable to it than others. Almost everyone has been exposed to alcohol. Say, both you and friend used to drink moderately. You, for any reason, didn’t exceed, but your friend latched on and began wanting more and more. Why? Again, it’s not clear why, but we can consider it like an allergy. Some people are allergic to strawberries, others are not. 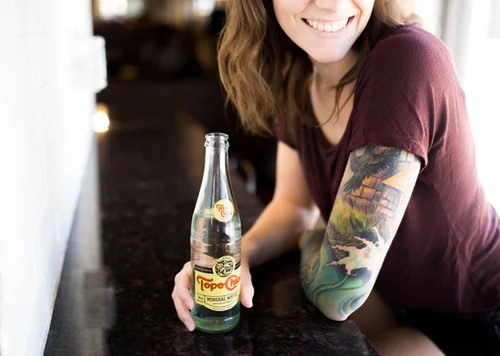 There are factors that play into this, making each person different. Of these factors are:

If you drank before the age of 15, this might lead to struggle with alcohol later in life. By the same token, you can also be a lot older and find yourself abusing alcohol. It’s believed that parents experiencing empty nest syndrome, when one or more of their children leave the family home to venture out on their own, may be more prone to AUD.

According to one study by the Alcoholism and Drug Addiction group from the University of Granada some people have low beta-endorphin level which may determine whether someone becomes an alcoholic or not.

Peer drinking, easy access to alcohol, stress, and depression are all possible factors linked to excessive drinking. Advertising, promoting alcohol as ‘cool’ or ‘glamorous’ also enables those who are more prone.

The first step to treatment is to acknowledge there is a problem. Some people can treat themselves, while others need to join a group or seek counseling. It’s so important to know it’s not your fault nor anyone else’s fault. It’s a condition that thousands of people have learned to deal with by eliminating alcohol altogether for a more fulfilling, healthier and happier life.