You are at:Home»Video Games»3 Most Difficult Video Game Puzzles of All Time 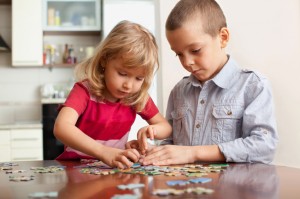 I love puzzles. And I know a lot of you do too! After all, puzzles are a great way to ply one’s smarts, and exercise that brain that we were gifted with—something that too few people actually take the time to do. But, though puzzles themselves are often praised for their ingenuity and their difficulty—as well as their contribution to the human psyche—one industry is often unappreciated in this aspect.

This industry, of course, is video games. Though many still see video games as mindless and one-dimensional, many games go out of their way to create some of the most devious of puzzles known to mankind. Known for their ability to cause a player to slam their head against a wall for hours, these puzzles are devious and downright evil; but, they are also exceedingly fun! Here are just a few of the puzzles that have left us stumped for days…

Truly, few puzzles really get “famous” in the gaming world, but this is definitely one of them; and for good reason too! In a game series that is known for puzzles that are thinkers but pretty obvious to most “experienced” gamers, it’s pretty surprising to see a puzzle that was as downright unfair as the water temple was.

With its changing water levels, winding passages, annoying mini-puzzles, and—of course—it’s complete lack of guidance, this temple left many—including me—running around its corridors for hours upon hours (or, in my case, years upon years). In fact, even though the game came out over a decade ago, even mentioning the Water Temple on any message board or forum is bound to garner up a few groans. Without a doubt, the Water Temple has earned its place in the pantheon of hard video game puzzles.

This is one that you might not have heard of; however, if you have played, you know Braid for its beautiful storytelling, simplistic but deep gameplay, and incredible artwork. What you may not know, however, is that it had a secret ending. Most people haven’t, so don’t worry if this is news to you!

You see, the developers hid 8 secret stars throughout the levels, all of which are almost impossible to find. Many of these stars are hidden off-screen (i.e. in places you would never think to look), and all of them have to be collected in a single play through. Yup, if you miss a star, you have to restart; there’s no other way to go about it. Granted, the ending is worth the work, and it’s just one more reason that many consider this one of the best independent games of all time, but did they really have to make it so bloody difficult to find it?

This one’s kind of cheating, but it’s so hard to pick any one puzzle from these games; they are all insanely difficult, and they all make for perhaps the most frustrating game experiences of all time. By forcing players to literally take notes throughout the game—something that’s not built into the game itself—and presenting players with some of the most maddening puzzles in all of gaming history, these games have driven many a player to bleeding foreheads and broken walls. However, if you’re looking for more specific puzzles, just check out the Stoneship puzzle from RealMyst. It’s dumb. That’s all I have to say about it.

As you can see, puzzles in video games can be just as difficult—and sometimes more rewarding—as real life puzzles, regardless of their reputation. Did I forget any? Let me know in the comments!

Tyler Fleck is a multi-faceted blog writer who has had his work published all over the web. However, this article is written on the behalf of So Many Puzzles. Check out their site for some great puzzles (as well as some of the best Christmas jigsaw puzzles out there).