You are at:Home»Law»Strange Laws That Are Still Enforced 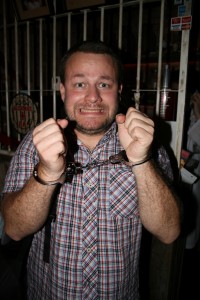 Most individuals maintain a standard of upholding the law, as long as they are aware of it. Many times, states or entire countries hold laws that are considered illogical, or even insane. Unfortunately, these same laws are often still enforced, resulting in fines or jail time. While many strange laws are outdated and ignored, others are still taken seriously by law enforcement. ​

In Georgia it is illegal to use vulgar language in the presence of a deceased individual. While in Gary, Indiana, famously known as the birthplace of the Jackson 5, it is against the law to attend a public event or use public transportation within four hours of eating odorous foods such as garlic or onion.

In New Jersey, committing a violent crime while wearing a bulletproof vest is illegal. Violent crimes include homicide, manslaughter, sexual assault, burglary, robbery and assault, among others. Wearing the vest could push the charge from a third to second degree offense.

Massachusetts has a law against standing while holding alcoholic beverages. Only waiters are permitted to perform this action when serving patrons at restaurants and bars. For those who are unaware of the law, signs can be found in most bars.

Books made decades ago may pose a hazard to children due to the fact that those who use them may be exposed to lead. Books printed over 25 years ago are more likely to be made with ink that contains the dangerous substance. Accidental exposure or ingestion of the metal may cause brain damage or death in small children.

In South Carolina a woman was arrested for failing to return a rented VHS film. The movie rental was purchased in 2005. When she failed to return the tape, the owner of the rental store contacted a local magistrate and an arrest warrant was issued. Ironically, she was caught when she visited the police station to file a restraining order against an alleged stalker.

She spent the night in jail and was charged with the misdemeanor crime of “failure to return rented video cassette.” In South Carolina one may face theft charges if he or she “willfully and fraudulently” fails to return a rental video tape within 72 hours of its determined return time. In addition, the state is one of few that have no statute of limitation for any criminal prosecution. The woman denied any intentional wrongdoing, stating she moved out of the state and simply forgot she still had the tape.

Unbeknownst to many, the commonly sung birthday tune is actually copyrighted. Those who perform the Happy Birthday Song in the presence of a significant number of people to whom they are not related are required to pay royalties to its owner. The company that owns it earns over $2 million in royalties each year from the song.

Evan from a criminal defense law firm says, “Those who break strange laws can be held accountable regardless of the fact that they may not be aware of the law or whether they are taken seriously by local authorities”. Fortunately, however, the repercussions for breaking such laws may be more lenient if the acts were not performed intentionally or if there was no knowledge of a law having been broken.

Krasner, Hughes, & Long is a criminal defense firm in Philadelphia, Pennsylvania. Learn more by connecting with them on Google Plus!