You are at:Home»Home & Garden»The Risk Revision – 6 Tips For Boosting the Security of Your Home

Home security has been a steadily rising industry for a long time now, and it’s no surprise when you consider the concept of burglary. A stranger you’ve never met enters your house, more often than not through an unlocked door, and rifles through your things finding what is most precious and valuable to you in order to take it and sell it. Sometimes, this even happens when you are at home, or asleep in your bed.

This concept is terrifying to most people, as a person willing to do this for money could be willing to break things or even hurt you to avoid getting caught. For this reason, we have put together an article to suggest some ways you can boost the security of your home, and we hope that it will lead to a safer, happier home for you and your family.

Motion sensors are normally used in conjunction with alarm systems, which makes them great deterrents to would-be thieves. Setting up a dummy alarm system with fake motion sensors is also a good way to keep the burglars at bay, and it won’t cost an arm and a leg to buy the fake units. The only downside to a motion sensor being part of your home monitoring is that animals and pets can set it off, which can unnecessarily worry the neighbors. If you are looking for the best lights with motion sensors check out these motion sensor light reviews- we get them covered. And while you’re at it, get yourself a good driveway alarm.

Storm windows are often overlooked as a way to protect the contents of your home, but they’re not only effective, t relatively affordable as well. Electronically controlled roller shutters on your windows are a wise investment for lots of reasons – they double as blackout curtains and they protect from even the wildest of weather – but the wisest is their safety benefits. Even a fully capable human armed with a weapon and intent to break in won’t have a chance at getting through, meaning your windows are no longer viable entrances for anyone. You can reinforce this even further with locks that can only be opened with window lock keys.

Security doors, or fly screen doors, are a fixture in many Australian homes these days, but some older places don’t have the benefit of the wire screen doors on their front and back entrances. People looking to force their way into need only pose as real estate agents or concerned neighbors that need help when knocking on your door, and once you open it they can push their way inside. A security door removes that option, and most modern designs are a stab and cut proof, making them effective against even the most violent of criminals. 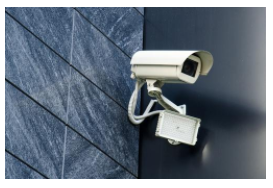 Security cameras are sometimes seen as overkill on suburban homes, but they can be useful in many situations, not just life-threatening ones. A camera setup from Orbis Protect that covers your whole exterior of the house can capture anyone entering or exiting from anywhere at any time, which can be a great help to police if your home is burgled and they need to find the people responsible. As well as this, cameras can help to solve little mysteries around the home, such as who is stealing apples from the backyard apple tree, or which of your neighbors keeps moving the green waste bin in your front yard.

Every house has locks on it to keep people out, but many people never think to check the strength of the locks in use with their doors and windows. Many doors come with stock standard, cheap locks installed, and these can be effective deterrents for anyone looking for a quick and easy way in, but put any force against them and they break just as easily as any window pane. Replacing your locks with heavy duty ones is a good idea, as it ensures your safety and that of your family too.

Finally, for those times when you go on vacation, timer lights can be installed to flick on and off at certain times on a schedule. This might not seem too incredible, but if you draw the curtains and leave your car in the driveway when you go away, to anyone looking at your house from the street it will appear that you are home and are moving about the house as per usual. These timers can be applied to other power points too, meaning you can have the TV turn itself on and off at night, and activate and deactivate your porch lights too.

With these suggestions, your home will quickly become an impenetrable fortress of might against the ne’er do-wells of the world.

MD 24/7 Locksmith Services is the name to trust when it comes to the most reliable locksmith service in Maryland. Whatever lock & key related issue you are facing – be it residential, commercial or automotive we are the Maryland locksmith service to look for.