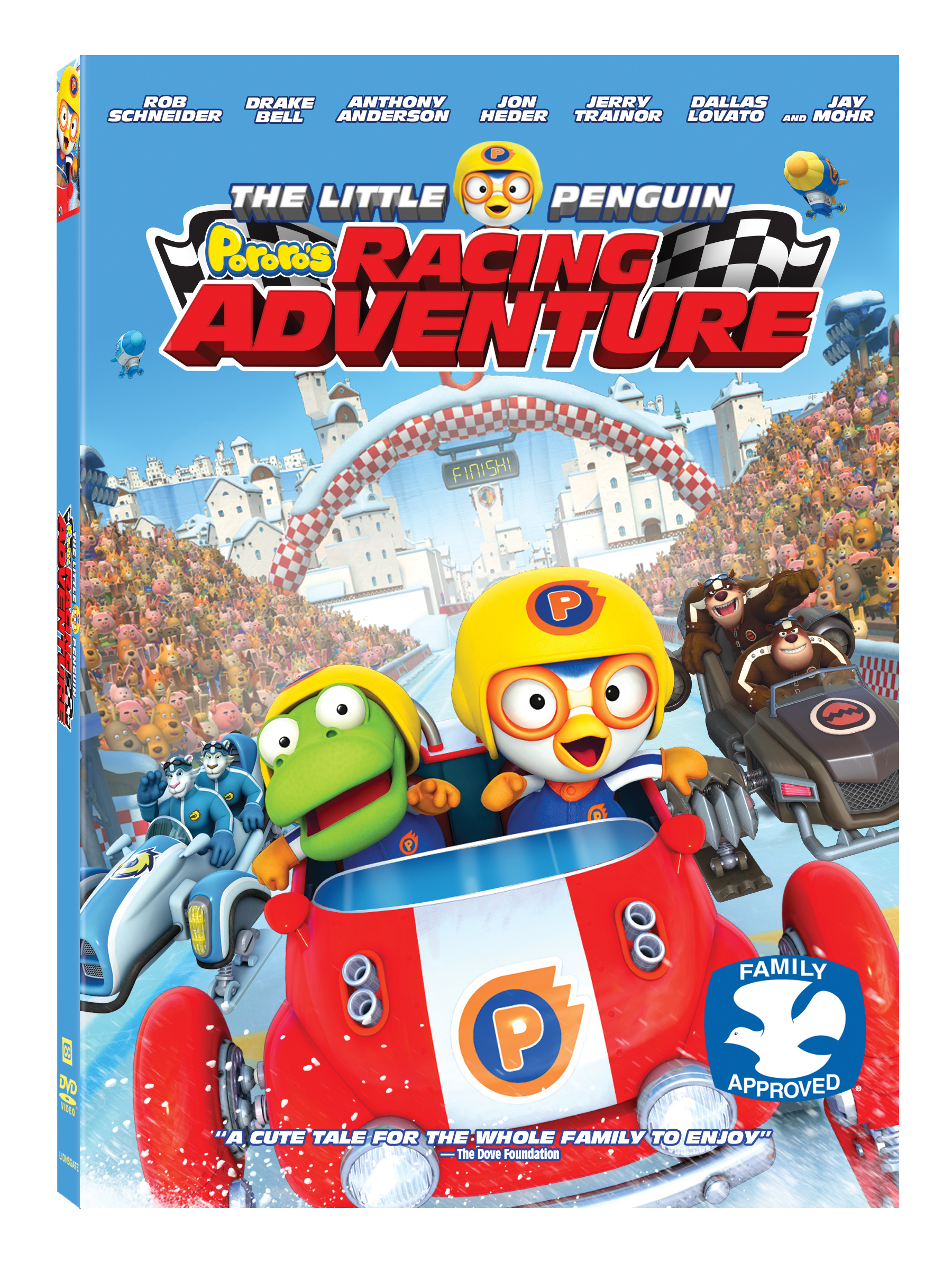 Curious little penguin Pororo and his friends accidentally cause an airplane to make an emergency landing at their village. After giving the villagers lessons in ice sled racing and passing on the championship spirit, the plane’s crew must get going so Pororo and his friends hitch a ride to Northpia to participate in the Super Sled race and become the next champion. But to win, they must compete against the former champions, The White Tigers, the win-at-all-cost Brown Bears and numerous other teams!

Based on the wildly popular Korean television series, The Little Penguin: Pororo’s Racing Adventure features a star-studded soundtrack with music by multi-platinum recording artists Smash Mouth along with Drake Bell, Parker Theory and The Selectrics.  The DVD bonus materials include a behind-the-scenes voice recording featurette and a sneak peek of award-winning shorts from Miniscule.

One lucky reader will have the opportunity to win a The Little Penguin: Pororo’s Racing Adventure Prize Pack! 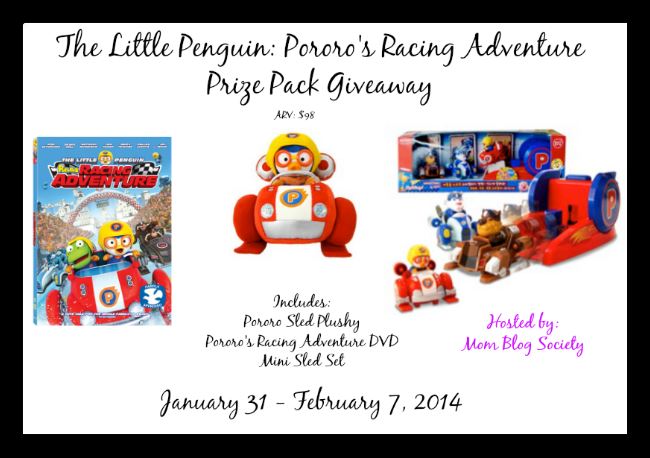 Giveaway begins January 31 and ends at 11:59 pm est February 7, 2014! Giveaway is open to US residents only. Void where prohibited.

Ready for your chance to win?? Enter on the easy Rafflecopter below!

Disclosure: We reserve the right to make revisions to cancel or suspend this contest for any reason. We are not associated with any of the companies named above. The odds of winning are based on the number of entries received Open to the Continental US 18+ only. Confirmed Winner(s) (by Random.org) will be contacted by email. Winner(s) have 24 hours to respond before a new winner is chosen. No purchase necessary. Void where prohibited by law. The sponsor(s) will be responsible for product shipment to winner(s) of this giveaway. Mom Blog Society is not responsible for product shipment/delivery. This event is in no way administered, sponsored, or endorsed by, or associated with, Facebook and/or Twitter, Google, Pinterest. This disclosure is done in accordance with the Federal Trade Commission 10 CFR, Part 255 Guides Concerning the Use of Endorsements. Entrants must only enter with either one email address, IP address and/or Facebook account, anyone found violating these rules will be disqualified. It is at the sole discretion of the admin of the giveaway if the winner has met the rules or not.

Adventures of Jake and the Neverland Pirates

My daughter loves Dora the explorer

My daughter is in love with Pororo and Chirro by the same company. Adorable shows and awesome morals you don’t really see in other shows (faking being sick, etc) We found both on Hulu and she was hooked.

my kids fav is Octonauts