You are at:Home»Entertainment»SLUGTERRA: HEROES OF THE UNDERGROUND on DVD 3/4!
0shares 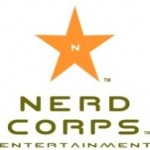 SLUGTERRA: HEROES OF THE UNDERGROUND 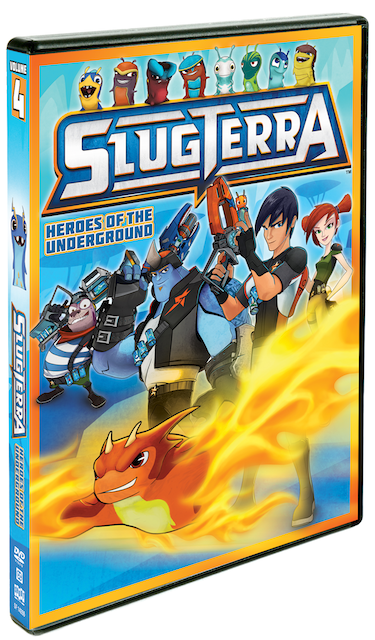 Get ready to slug it out! On March 4, 2014, Shout! Factory Kids, in collaboration with Nerd Corps Entertainment, will release SLUGTERRA: HEROES OF THE UNDERGROUND, an all-new DVD collection of Nerd Corp’s highly popular animated action series! Delivering five action-filled episodes and captivating entertainment that kids are sure to enjoy, the DVD will also feature bonus content including a look behind the scenes of Slugterra, plus bonus animated Slugisodes. The DVD has a suggested retail price of $14.97 and can be pre-ordered by visiting ShoutFactory.com

Slugterra is an epic sci-fi comedy adventure set deep underground, where the ammo’s alive and only the quick survive! In this luminous, high-tech, underground world, every cavern holds a new adventure, a new battle and weird little slugs to be discovered.

Slugterra: Heroes of the Underground

In this collection, join our hero Eli Shane, his gang of slugslingers, and his best slug buddy Burpy on their numerous adventures. Whether they are thwarting a mad scientist, facing an Ice Ogre or questing after fabled treasure, Eli and the rest of Shane Gang prove they are ready to slug it out!

Drawing Your Own Slugs!

Nerd Corps Entertainment is a privately held IP creation, development, production, and distribution company based in Vancouver, Canada, with offices in Toronto, Canada. The company’s mandate is to produce stylistically innovative animated projects for television, online, and mobile based on a solid foundation of creative and exceptional storytelling. Working in a state‐of‐the‐art studio with highly skilled artists and production staff, Nerd Corps’ expertise in creative development and execution covers all aspects of property generation and management, from development and production to distribution, marketing, interactive and licensing. The studio’s award‐winning stable of productions includes original series Kate and Mim-Mim, Endangered Species, Slugterra, Storm Hawks, League of Super Evil and Rated A for Awesome, as well as Dragon Booster for Alliance Atlantis and Hot Wheels: Battle Force 5, Max Steel and Monster High for Mattel, Inc. Visit www.nerdcorps.com.