You are at:Home»Entertainment»Disney’s The Pirate Fairy
0shares 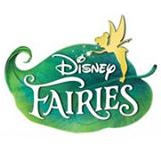 Ever since Alexandria was a toddler she loved Tinkerbell. She especially love the Fairy movies. As she is growing up have noticed that her love for Disney Fairy’s is growing and her sister is starting to follow along. The girls love pretending to be fairies and dress up with their sparkly pretend wings.

The girls were extremely excited when I told them that they would have the opportunity to review Disney Fairies latest movie, The Pirate Fairy. The girls decided that they would do a “Sister’s Movie Night”. I made them special cupcakes and they got in their comfy pajama’s. Of course no movie party is complete without popcorn. Instead of putting butter on top of the popcorn, I made the girls special “fairy dust topping” It was extremely easy to make.

Add your popcorn, sugar (both pink and purple) and cinnamon to the bag. Shake. Put into bowl and enjoy! 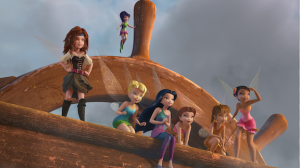 From the world of “Peter Pan” comes “The Pirate Fairy,” a swashbuckling new adventure about Zarina, a smart and ambitious dust-keeper fairy who’s captivated by Blue Pixie Dust and its endless possibilities. When Zarina’s wild ideas get her into trouble, she flees Pixie Hollow and joins forces with the scheming pirates of Skull Rock, who make her captain of their ship. Tinker Bell and her friends must embark on an epic adventure to find Zarina, and together they go sword-to-sword with the band of pirates led by a cabin boy named James, who’ll soon be known as Captain Hook himself.

Disney’s The Pirate Fairy has a a full star studded cast featuring:

On April 1, 2014, Disney’s The Pirate Fairy, will make its way to BluRay and DVD. The animated movie has a “G” Rating.


If you would like more information Disney’s The Pirate Fairy, please visit the Disney Fairies Website. Be sure to stay up to date on all of the latest news and movie releases from Disney Fairies by following their social media pages on Facebook, Pinterest and Twitter. While you are there, be sure to follow Mom Blog Society on Facebook.