You are at:Home»Travel & Living»Discreet Vaping: 6 Things You Need to Know
0shares

One of the best things about vaping is that you can do it discreetly. Since smoking is still taboo in many areas, vapers are often prohibited from smoking in public, as they mistake the clouds of vapor for smoke clouds that are full of toxic chemicals.

How to Vape Discretely 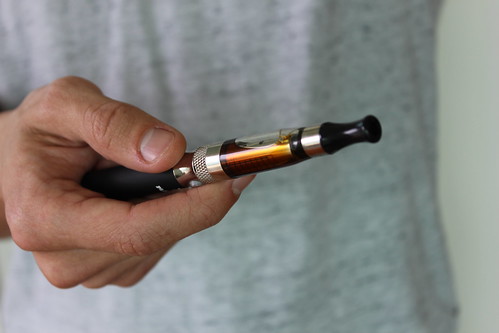 While you may wonder how it is possible to vape discreetly since the action leads to a large plume of vapor, you can adjust the amount your clouds emit and make the process less noticeable. If you find it necessary to vape discreetly, follow the tips below.

The first step to reducing your vapor clouds is by taking deeper breaths. When you inhale more deeply, your body will have more time to absorb the vapor. The more vapor that gets absorbed into your body, the less it will be expelled when you exhale. You can also achieve this by holding your breaths in longer.

After taking a long, drawn-out breath, take another shorter, smaller one. Inhaling a second time serves two purposes. First, it gives your lungs enough time to absorb as much vapor as it can from the first hit. It also allows you to remove any excess vapor that is coming out of the device so that it does not get released into the air.

Once you have taken both breaths, you will want to swallow the vapor. Swallowing the vapor will not hurt you and it will help it to become more diluted by oxygen before coming back out to be exhaled. This will make the vapor coming out much more thin and less cloud-like. If you are having a problem swallowing after taking two breaths, exhale a small amount of vapor out of your nose.

Blow Into Your Shirt

For the little vapor that is left to expel, it is best to blow what you can casually into your shirt or jacket. Simply open the neck and blow the vapor downward. This should prevent anyone from seeing it, and most of the vapor will absorb in the fabric.

Things to Consider When Discreet Vaping

Discreet vaping is ideal for those who don’t want to draw attention to themselves or feel judged when vaping. If attempting to discreetly vape, you should always consider:

Vaping discreetly can be a great way for you to enjoy your vaping experience without fear of judgment from those around you, but always obey signs in restricted vaping areas. As with any part of the vaping experience, from customized mods to DIY e-juice, you can control the amount of vapor you release and vape more discreetly. It might also make sense to upgrade in a premium vaping product, such as the Volcano Vaporizer. Click here to see the latest Volcano Vaporizer sale.

Previous ArticleCalm, Confident Parenting – How to Get Over the Scary Firsts of Parenthood
Next Article How Efficient is a Cellular Medical Alert System in Health Management?

Vaping is very bad for health, It seriously affects lungs and leads to lung diseases.

Thanks for sharing this valuable content with us this work is appreciable and I have bookmarked your website. If you augment your business in a short time and a very dynamic way so you can visit digital marketing services in Canada.

If you, or a loved one is age 25 years or younger and addicted to a Juul device, you may be entitled to compensation. Yes, that reads like an ambulance chaser’s cheesy advertisement, but be that as it may, I hope to have your attention. http://www.fmtrialattorneys.com/2019/10/are-you-25-years-old-or-younger-and-addicted-to-a-juul-device/

ARE YOU 25 YEARS OLD OR YOUNGER AND ADDICTED TO A JUUL DEVICE? http://www.fmtrialattorneys.com/2019/10/are-you-25-years-old-or-younger-and-addicted-to-a-juul-device/

I was impressed by how well you express your thoughts. This is great advice! Very honest and practical

I do agree with all of the ideas others introduced in your post. They’re really convincing

Hello, blame you in regard to tidings! I repost in Facebook