You are at:Home»Health»Americans Give Four Times More to Protect Animals than to Prevent and Heal Child Abuse

WASHINGTON– December 2015 – The latest charitable data show that generous Americans donate nearly half a billion dollars to charities that protect child victims of abuse each year. However, this figure is eclipsed by both the more than $2 billion given each year to animal welfare organizations and the staggering unmet need for services for abused children.

The National Children’s Alliance (NCA) is proud to launch a new PSA on Giving Tuesday, December 1, to shed light on the need for American generosity to help children. NCA is the national association and accrediting body for Children’s Advocacy Centers (CACs) that provide advocacy, support and community resources for abused children.

Titled “Four-Legged Friends,” the PSA comprises heartwarming moments between children and pets, cut from old home movies. Through this familiar lens, the PSA explores a single but powerful message: as a nation, we donate far more to animal welfare organizations than to those that protect child victims of abuse.  This sobering insight serves as the crux for further discussion on the state of charitable giving in the United States and points to a discrepancy in how we support victims of animal abuse versus child abuse.

The PSA was designed not to belittle the important work of animal welfare organizations, but rather to underline the unmet funding needs of the nation’s nearly 800 accredited Children’s Advocacy Centers:

The statistics surrounding child abuse can also be staggering and pinpoint how much awareness, advocacy and support need to grow in order to address this national issue.  According to a recent 2013 study by the U.S. Department of Health & Human Services:

“We want to show Americans how our charitable giving priorities affect the most vulnerable among us,” says Teresa Huizar, NCA’s executive director. “Whether donors realize it or not, abused kids across this country lack access to the critical services CACs offer: a safe environment, protection from and justice for those who hurt children, and healing trauma treatments that evidence supports. We’d never want to downplay the invaluable work of organizations protecting animals, but rather to highlight how the great generosity of Americans could be marshalled to help equally vulnerable child victims become survivors.”

Child Advocacy Centers across the United States are child-friendly facilities where law enforcement, child protection, prosecution, mental health, medical and victim advocacy professionals work together to investigate abuse, help children heal from abuse and hold offenders accountable.  The 791 accredited CACs helped over 315,806 children in 2014.  Children in 1,807 U.S. counties are covered by CAC services, representing nearly 80% of the U.S. child population; however, 42% of all counties (1,336 counties total) still lack guaranteed coverage for abused children.  The estimated cost of CAC services per child is $1,956.

To learn more about the National Children’s Alliance and how you can help, please visit www.nationalchildrensalliance.org. #BeTheChange 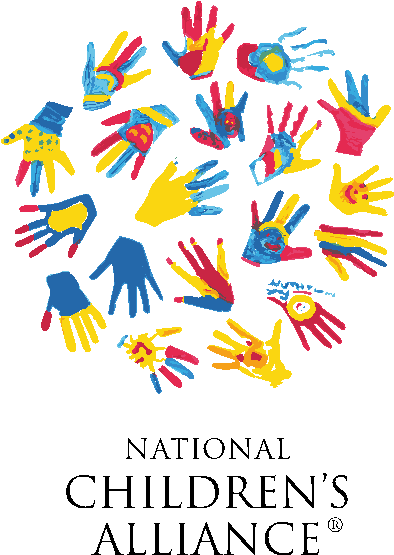