You are at:Home»Parenting»The Five-Minute Time In: A Really Good Strategy for Real-Life Moms

We’re going to compare Birkenstocks to parenting in this article. And give actual value to just five minutes. Stick around. It’s going to be epic.

Parents. Moms. I think we can safely assume that you love your kid. (Even though we’ve heard what assuming does, right? Makes an a-s-s out of u- and m-e.) (And some kids think they’ll never apply what they learn in high school. Hah!)

So. We love our kids. But…have you ever gone days without really hearing what your child is saying? Or weeks feeling frustrated by the chronic, unending, and utterly omniscient messiness of raising littles? Or felt a bit of impending dread at the end of the school day when you know your children are on their way home? Or had moments where literally all you can do to get through the afternoon is turn on Netflix for your kids and escape into another room, door locked and fingers crossed that the wi-fi holds steady for the next three hours?

What about those times when you really can’t find it in yourself to genuinely care about your kid’s verbal exposés on the merits of Minecraft or the plot disconnects in Miraculous Ladybug or the ev.er.las.ting. play-by-play of how that giant playdoh snake went from orange to tie-dye. (Cliff’s notes: Mix colors + roll playdoh. The end, and you’re welcome.)

As moms, perhaps our knee-jerk reaction is to scoff a bit at those scenarios. “Me? Hah! Never! I LOVE my children! I bake them organic cookies and can’t wait to listen to what gross thing that kid did during lunch, retold four times at increasing decibel levels and hyperbole with each telling.” And I do think it’s more than fair to recognize that most parents truly love our children, that we’d do pretty much anything to be able to raise them right.

But, on the flip side, it would be unfair to assert that all parents feel this sense of parental enthusiasm all the time. Or that parents don’t occasionally find themselves in a black hole of parentdom in which there is seemingly little to enjoy or love. In my experience as a mom of five children and a friend to countless other mothers in the trenches of parenting (okay, maybe that’s an exaggeration. I have, like, three friends. But 100% of those are moms, so… #legitresearch), there are rough patches in parenting that no one really wants to admit to themselves, let alone talk about.

In fact, these periods of struggle are sometimes hard to recognize in ourselves. It’s like having a pair of Birks (here we go! The Birkenstock-parenting connection you’ve been waiting for!) that you wear literally everywhere for years, and they fit your feet like they actually are, in fact, a natural layer of your feet. But it is that very high level of familiarity, whose increase has been gradual over time, that prevents you from recognizing that your beloved Birks’ rubber soles have worn away at the heel and toe, and the cork is a hot crumbling mess. 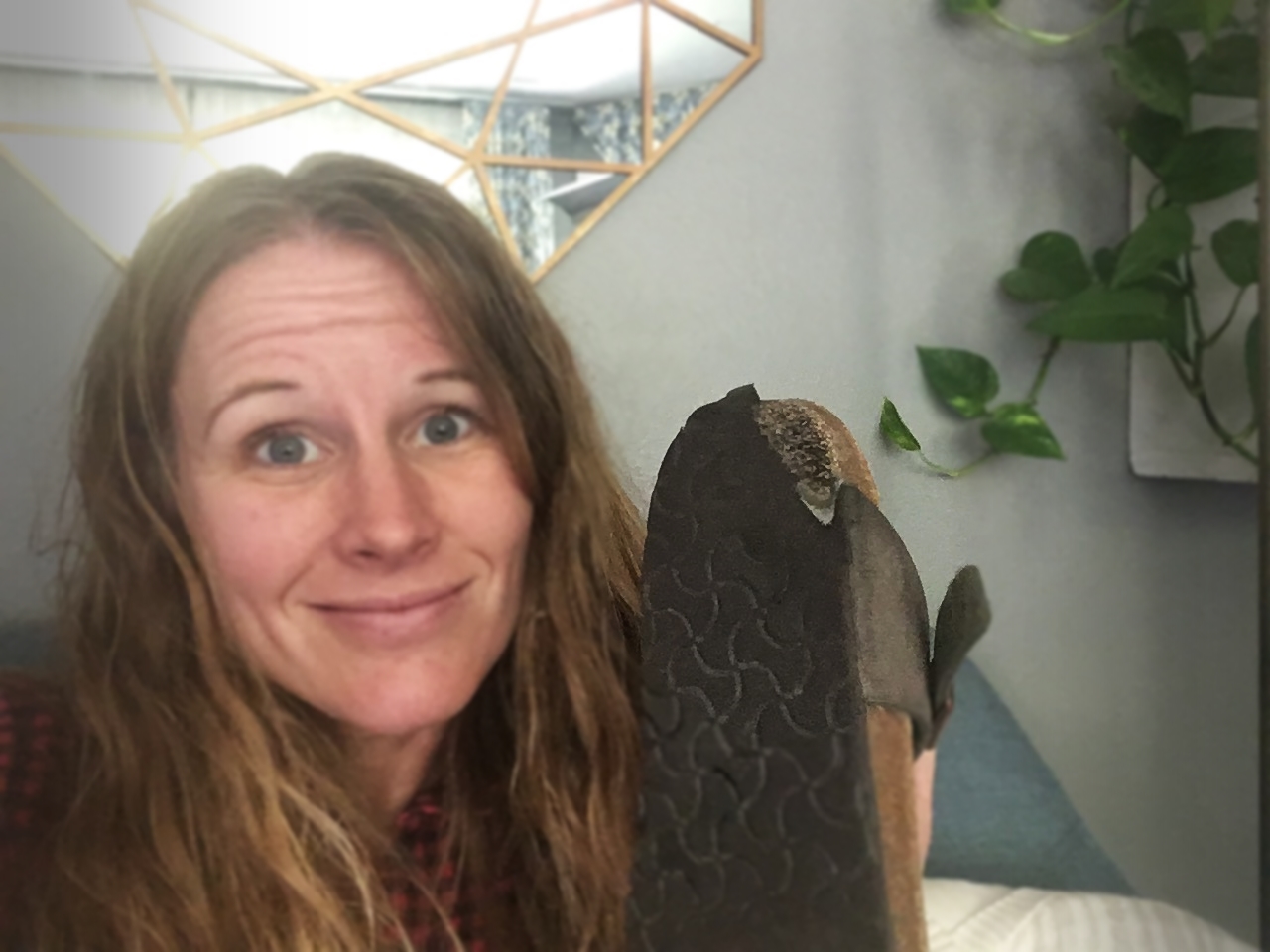 These rough patches? Where, for some reason or another, you find yourself on the spectrum between being just worn out to wanting to be “anywhere but here” with regard to your children? They’re called disengagement. And they are scary and indefinite and isolating, but secretly so, because you don’t want to admit you’re struggling to like your children, because it seems like no one else has that problem… which makes it even more scary and indefinite and isolating.

More often than not, disengagement looks a lot like an above-average mom on the outside but is actually just a depressed and discouraged parent wearing some pretty impressive camouflage. And maybe a pair of worn-out Birks. 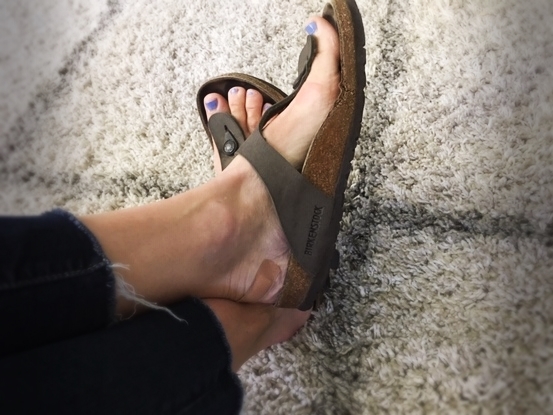 I can say this with authority because I lived it. Although I was going through the motions of parenting, most things felt like a chore at best. And there didn’t seem to be a light at the end of the tunnel. It seemed to stretch forward forever.

If you’re a human being yourself in charge of raising other young humans and any of this resonates with you at some level, I have good, no great, no life-changing news. Truly. There is an extremely simple solution to overcome this disengagement (which is actually a cycle that spirals downward and downward unless something intervenes).

And it’s not just for the majorly disengaged parents, either. It’s a real-life applicable solution to many parent in various situations – the parent who’s in a funk, or the parent who’s doing all right but wants to connect a little more closely with her child, or the parent who wants to be proactive in establishing an open relationship before her kid reaches teenage-hood.

It’s called a five-minute time in. We’ve all heard of time out, that classic punishment method where, after a display of unacceptable behavior, a child is sent to a specific place, hopefully with a specific goal to consider while there. The five-minute time IN is pretty much the opposite of this. It’s where a parent plans out a time where she can spend five uninterrupted minutes intentionally with her child every day.

Five minutes. Together. That’s pretty much it.

That’s it? That’s the solution?

Yes. That’s the solution. And this mono-dialogue feels a tad odd, so one of me will Exit, Stage Left.

During time in, the parent and child talk. Or sometimes they just sit in silence. At first, it might be awkward. Maybe even uncomfortable. Often, it feels like nothing is “happening” or it’s a waste of time. But, when a consistent daily time in is implemented, magic starts to happen. Small changes in a struggling parent’s outlook morph into huge paradigm shifts for the better. Connections are made, family relationships are improved, and empathy and understanding reign supreme, even during those inevitable difficult and frustrating parenting moments. 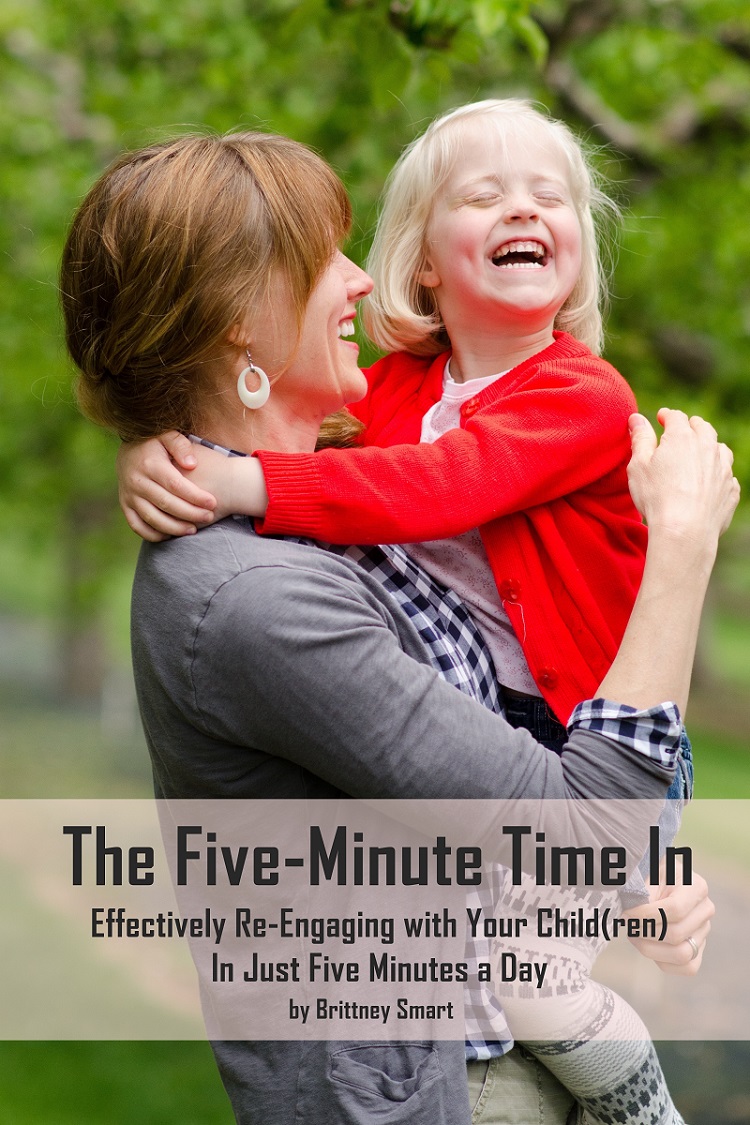 I love this, we have always had a quiet time where we sit and chat with the kids it is lovely for them to share and be listened too

My therapist isn’t a fan of time outs, she’s all about time ins! They work so well. Kids have big feelings and the last thing they need is being put alone in a room. It helps to just sit with them until they calm down.

This is such a cool concept. There are certainly times where I find it harder to connect with my daughter. And it’s usually during the times when she’s with her mother. But when I get her back sometimes it does take that initial five minutes to connect.

I love the 5 minute time in idea for parents and kids. I think some couples might benefit from it too!

I think this concept makes a lot of sense. I would definitely share this so parents and guardians can learn from this.

I don’t have a child yet but I agree that we need some quiet time to connect (or reconnect) with others, in this case, parents to their kids. I think I heard this from a few friends too.

This is a really great move that all parents should take up. One of the biggest cases rising nowadays is the case of absent parents, and not just because of busy work schedules but even failing to have time together with your kids is really messing up so many kids-allowing them to explore by themselves. I love that the 5-minute method is doable.

I don’t have kids but couldn’t agree with the points you have mentioned. Spending time with kids can really make a huge difference I guess!

I always find that communicating better with our children helps solve a lot of misunderstanding and troublesome behavior. My wife and I always try to listen to our kids and see where they are coming from before punishing.