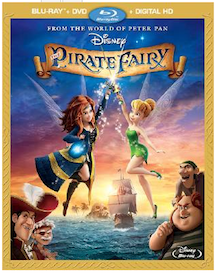 When I first started blogging, I had no idea that my life would change forever. Over the years I’ve been blessed to travel to some of the most exciting places, and met some pretty incredible people. Last year I was blessed with travel events like the Disneyland Grand Opening of Carsland, New York where I attended the Mary Poppins on Broadway, Chicago where I covered the Chicago Bears game, Las Vegas where I met Melissa Etheridge and the list goes on. And now, wow, I’m super excited to announce that I will be going to LA where I will be attending a Q&A with THE PIRATE FAIRY filmmakers and animation team as part of the #‎PirateFairyBloggers. Plus a Q&A with the Frozen filmmakers #‎FrozenBluray , as well as experience a voice over session from Frozen! And that’s not all, there’s one more secret I’ll share with you later. There is so much more that is happening on this press trip it’s simply incredible. But wow, can you imagine standing in the Voice Over studio Walt Disney where all the greatest voice overs stood! I don’t know how I will feel when I get to experience the Voice Over, I’ll probably cry like a baby. I’m mean it is a once in a lifetime opportunity. Something I never thought I’d experience in my lifetime. I wouldn’t expect my voice over to come out perfect though, I’m hard of hearing and because of it mispronounce some of my words, so most likely you’ll get a great laugh out of my voice over. 🙂 But who cares, I’m excited and like I said, it’s a once in a lifetime opportunity!

Some of the other bloggers that will be attending the event are friends I talk to nearly everyday of my life. This will be the first time I will meet them in person. I’m really excited about 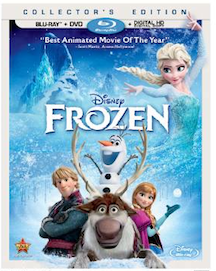 that. Plus, finally I’ll be meeting at least one of the PR’s I work with on almost a weekly basis, Sabrina Khan whom I’m truly excited to finally meet as well as Gabrielle Snow Bilicki and Marshall Weinbaum who has informed me he will be crashing the party.

Plus, we have an additional surprise I’ll share with you when I get back.

Do you have any questions you’d like me to ask the Directors or Animations teams from Frozen or The Pirate Fairy?

Leave me a comment and I’ll do my best to get the answers for you!

Previous ArticleBobs by Skechers for your Sweetheart
Next Article May we have this dance?

Wow!! This sounds amazing and also so much fun. The only question I have is can I go with you, lol I’m so excited for you just reading about all the things you are going to get to experience. I can’t wait to see pictures I know my son wants to see this movie also. Have fun girl this trip sounds amazing!

Oh Minta, thank you. I’m super excited to be able to experience this and come back and share it with you. I’d love to take you but, I think it would be illegal to put you in my luggage?

Congratulations on going to such an awesome blogger event – I’m sure you will undoubtedly have a blast AND make memories to last a lifetime!

Thanks Katrina. I will learn all I can about the animation process. It’s something I think is very intriguing to a lot of people these days. Just how do they do that?

What an awesome opportunity! I hope you have a wonderful time! I can’t wait to see your photos of your trip! I’m curious to know if they, as directors, enjoy producing animations or non-ani films better and why they prefer their choice.

Fabulous questions Shelly. I’ll do my best to get us some answers.

What an awesome opportunity!

How exciting! A behind-the-scenes visit can really show just how/what is involved in the movie making process. I usually wonder after watching a Disney movie just how the storyline came to life? How did the characters looks, voices, and personalities transform? Looking forward to hearing how the trip went!!

Hi Michelle,
Thanks for the wonderful comment. I’ve always wondered about the story-line and how it all transformed from start to finish too. Maybe we can get some answers on there. I’ll update you when I get back.

Man what an “Awesome” opportunity! I have always been fascinated as to how all that animation stuff works! I’m sure you will have an wonderful time. Ask them for me how many film takes/ hours do it take to coordinating the actors voices to the animation? Is that hard to do?

Lisa, I love you question idea. Oh my I bet it is hard to do. I’m about to find out. 🙂 I look forward to updating you on this amazing Disney Adventure soon!

That sounds incredible! I’m so jealous and I’m sure you’ll have a great time! I think I’d be the most excited about doing the voice over. I have a friend who did those for a long time on Dragon Ball Z. It’s a talent all on its own!

Take lots of pictures! You’ll love Marshall and Gabi. I haven’t met the other lady. Hopefully I’ll get to go on one in the future!

Michelle, I’m super extincted about the voice over. I am hard of hearing and it shows in my speech but I don’t care. I’m doing it all! LOL Don’t laugh at me when you see it. I know where you live. 🙂 Ok, you can laugh cause I”m sure it’s going to be funny!

Forgot to mention, two of my favorite things, pirates and fairies, topped with Disney sounds like a recipe for awesome! Can’t wait to see it

You have me officially jealous! It sound like you are going to have a lot of fun at the studios! You better be taking lots of pictures and blogging so we can ‘pretend’ we are there. I am fascinated with the animation process so I’m very curious!

Awe Susan, I’m sorry honey. Don’t be jealous. Just love me. 🙂 heheheh. I’m so curious too. I’ve been fascinated for as long as I can remember. I’m going to take a ton of pics and videos as well. I can’t wait to share the experience with you all!

Thanks so much I can not wait to read all about it!

oh my gosh I’m so excited for you!! YOur going to lOVE it and Your going to love Marshall and the girls as well as meeting everyone and seeing everything Disney. Give Marshall a hug for me. Can’t wait to read your posts

Yay Tricia! I’m super excited. I’ll think about giving Marshall a hug for you. 🙂 He might not like it. hehehe.

I don’t have a question, but I don’t care how old I am…I want to see the Pirate Fairy. That looks like a really cute DVD.

OMG! That sounds like so much fun! Im jealous! 😉 Enjoy your trip! Can’t wait to hear about it when you get back!

Check out my blog at http://makeupmama2three.blogspot.com/

Oh that sounds like so much fun! Im jealous! 😉 Enjoy & Cant wait to hear all about it when you get back!

Check out my blog at http://makeupmama2three.blogspot.com/

Wow! This is incredible! I hope you have a lot of fun — your blogger itinerary looks packed! I love the Disney Fairies and Frozen. I hope you take a lot of pictures, I’m looking forward to seeing them!

the SAGA of our life by Steinsdotter

I’m almost a bit sad that my daughter feels she’s too big for those kinds of movies now. Because it would be kind of weird if I was watching them alone?

What a wonderful opportunity! I hope it’s a lot of fun!

You know I would not want to ask them anything. There is something about Disney that’s magical and I like to keep it that way and just forget about everything else when watching a movie. Weird I am sure but don’t want to know anything I just want to keep it magical lol

You’ve been incredibly busy with travel and great outings… Next time you come to NY, I’d love to meet up. Thanks for the Disney Studio tour… When I lived in LA, I took all the tours to everything; including the ride to celebs homes. Hehe!
Eliz