You are at:Home»Marvel»Marvel’s CAPTAIN AMERICA: THE WINTER SOLDIER kicks off the big game! 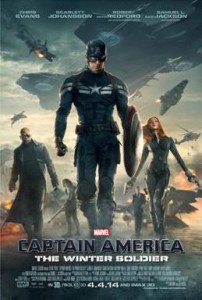 Marvel Studios leveraged America’s favorite sporting event to debut the world premiere of the new full-length trailer in an unprecedented cross platform partnership with Fox and Marvel.  Fox broadcaster Joe Buck introduced the special look to the Big Game spot, which directed viewers to FoxSports.com for a complete CAPTAIN AMERICA: THE WINTER SOLDIER takeover and the brand new full-length trailer. The :30 second Big Game spot included music from the National Anthem and aired surrounding the team captains introduction and the National Anthem performance.