You are at:Home»Parenting»Great Ways To Get Grown Up Foods Into Your Kids’ Tummies

I love my food. When going through pregnancy, I did tend to crave things a little bit more. I was eating for two after all! I like to think that what I eat during pregnancy, might help my child like it oo. But let me tell you, that didn’t happen! During, I knew that what I ate was still very important. The older my kids get, though, the fussier they can be. I’m so disappointed when they refuse to eat something I’ve spent a lot of time preparing.

Kids’ tastes change as they get older. Sometimes the look of the food puts them off. At other times, the flavour just isn’t for them. These things happen. So what can you do about it? I don’t want to rely on vitamin supplements for children. I want them to get all their nutrition from a good diet. And I really want them to love the foods I love.

For weaning babies, the answer is simple. Use a blender or hand blitzer and create a puree. You can turn anything into baby mush that way. I’ve had chicken curries and a lamb casserole in liquid form. In fact, many of our family favourites were real winners when Bob was a baby. But getting her to chew on chunks of meat and chopped vegetables is another matter.

The texture might put kids off, or the fact they have to put some effort into chewing! I absolutely adore Greek food, so lamb and chicken are on my plate fairly frequently. Greek lamb is slow cooked, so it just falls off the bone, much like a lamb casserole. It’s moist, soft and succulent. But will they eat it? 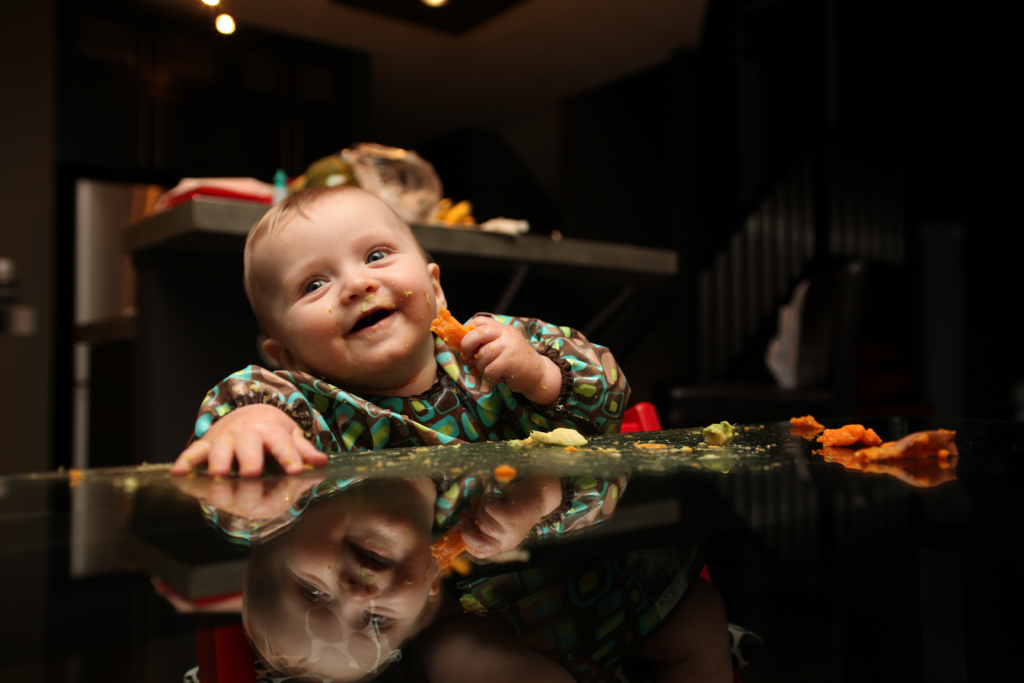 The same goes with vegetables. You can cook them so soft that they’re almost mash. But veggies have distinctive colours that kids spot and turn their nose up at. We’ve had a few stressful moments trying to overcome fussy eating. A few things have helped us make progress, though. The taste test rule is a good one. So long as they’ve had one bite of everything on the plate, they can leave it if they don’t like it.

Another idea that has worked a treat is a sauce. I take half of the food and blitz it to make a sauce. That is then poured over the rest of the meal. It seems to work as a good compromise. Now they only have to chew and bite half the food, but they’re still getting their whole meal. And it all slides down nicely when it’s covered in the sauce too!

We also have flavour combos at the dinner table. If there is any fussing, I’ll offer to make them a flavour combo of all the things on their plate. This piles the fork or spoon up high with a little bit of everything. Sometimes it has to be delivered by plane, or the fork is a choo-choo going into the tunnel.

The important thing is to stay positive about food and not fuss. Enjoyment is key to a healthy diet in the future I think. A little play now, especially if they’re tired, helps get a good meal in their tummy. Eat up and enjoy.