You are at:Home»Travel & Living»Are Intensive Driving Lessons a Good Idea?

Driving is fun. We all feel great to be behind the wheel. And teenagers always have more zeal than most to get on the road. But it is unfortunate that many of the minor accidents that occur involve younger drivers.

When it comes to taking driving lessons, there are a variety of options for the learner. And even though in all options you will be learning the same skill, the difference is how long the course takes.

In an ever-changing world, more and more people people prefer to take intensive driving lessons that take only a week, rather than the traditional 2 to 3 lessons a week courses over several months.

While in the long run, you may save time and money, the question you should always ask yourself is whether undertaking such a course will be ideal for you.

In the UK for instance, schools offering traditional driving courses make the learner go for and average of 47 hours driving with an instructor and another 20 hours of private practice before they do their test exam.

The average cost of driving lessons is approximately £22 a pop. So if doing this course, a person will pay not less than £1,000 and then another £62 for their practical exam.

But if a person decides to undertake intensive driving lessons, they’ll be paying much less. To be specific, you’ll pay around £600, and that includes the test. So looking at it from the financial point of view, intensive driving students save a lot of cash.

So is this course really worth it?

Here is a story of my nephew’s driving journey.

When he reached 18 years, Alex was excited to hit the roads. He wanted a quick driving course that will get him his driving license as soon as possible. 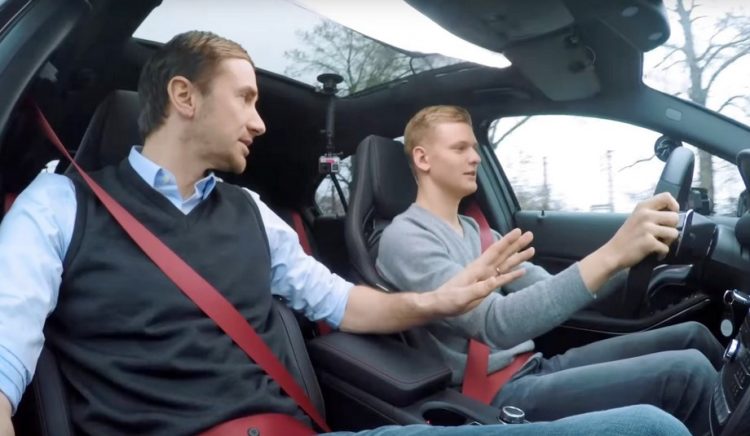 So he went with the five day intensive course after buying some driving gloves. And as the driving school promised us, the lessons were very intense. He started on Monday and by Friday he was done, and on Saturday he took his test.

Within a week Alex knew how to control a car on his own. And that came as a shocker not only to me but to also his parents. He was introduced to the concept of moving gears up and down and staring at traffic within five days!

The only challenge while training, he says, was to master roundabouts. But by day three he was able to figure out how they work. He soon learned all the road and vehicle operation requirements.

My nephew, whom I had changed the nappies of when he was still a baby, could now cross dual carriages, check the oil level and drive on a motorway. Is that even possible after learning to drive for just five days?

Although I remained doubtful, I still had to show my support. But shock came to us on the day of the test.

So apparently, at 18 years and with five days of driving, Alex didn’t have enough experience to drive on his own. He failed his first test, and while I consoled him, somehow I had expected this.

Alex didn’t take another test straightaway, something that I thought was wise. He only came to do the test after another two years and with just a few lessons, this time he passed.

Through Alex’s experience, I learned a few things. I now understand why car insurance plans are so expensive for young drivers. That’s because a majority of accidents involve teenagers.

According to statistics, 40% of accidents caused by young drivers, involve 17-year-old male teenagers, which is no surprise because driving is something that requires a lot of experience.

Which agree or not, cannot be gotten from 5 days on the wheel.

There is a difference between knowing how to drive and driving with experience. While the intensive driving course saves you a lot of time and money, they sometimes don’t give you give you enough experience.

Learners are subjected to intense driving which can be stressful because they are required to have learned driving after only five days.

Hitting the roads on your own after just five days of being introduced to driving can not only dangerous to a young person but to also other road users as well, so choose the right driving school and listen to their advice.

Previous Article10 Things to Consider Before Buying Sash Windows
Next Article Want to Sleep Well? Get Rid of Those Keeping You Awake

Attending a reputable driving school is important if you want to get your license as quickly as possible. I love what you said about there being a variety of options for the learner when it comes to driving. My son wants to get his license, so I’ll help him find the best driving school available.