You are at:Home»Parenting»A Musicians Quest To Stop Bullying
0shares 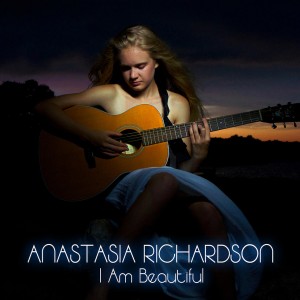 After months of being bullied from classmates and even her cheerleader squad teammates during here freshman year of high school, Anastasia Richardson discovered peace of mind and respite in music and, more specifically, her voice. During her dark days the Tulsa, OK native didn’t understand why she was the innocent target of such venomous vitriol. As the bullying intensified and became more frequent, Anastasia’s inner voice and sense of personal strength had to kick into survival mode. Still, she found it necessary to express her pain online with the Facebook post, “I wish the bullying would stop!” At this point, her parents became suddenly aware of the grave nature of the bullying and in short order were at Anastasia’s high school to draw a line in the sand. The bullying must stop!

During her trial by fire, Anastasia learned that she could use her voice to speak up against the bullies. Today, as an eighteen year old senior, she is doing more than speaking up. She started her own anti-bullying campaign called “No, Not Me.” Anastasia message was simple yet powerful, “I will not be bullied and I will not let others suffer the same fate. It’s time we give victims a voice.”

Please join Anastasia Richardson in her journey and quest for a more loving world! Have a look at her self-made video below and please share it with your friends using the buttons below.