You are at:Home»Entertainment»Three solitaire games to play in your last month of pregnancy

Although it’s an unproven phenomenon, many women experience that time slows down during pregnancy. The first trimester is excruciatingly sluggish, only to be followed by a frenzied second trimester in which you appear to be running out of time to prepare for the baby’s arrival.

Then, all of a sudden, the last month arrives, and you realize that the first trimester was nothing compared to the crawl you’ll be forced to suffer for the following four or more weeks. Chances are, the nursery is finished, the baby clothes have been washed and folded, and all you have to do now is wait.

While waiting for the big day to come, here are three solitaire games you can play to stave off boredom in your last month of pregnancy:

This is the most popular version of solitaire, enjoyed by millions of people worldwide. It is so ubiquitous that it is sometimes referred to simply as Solitaire. It is known by several names in different countries; for example, in the United Kingdom, it is known as “patience” and in the Microsoft Solitaire collection it is known as “Klondike Solitaire”.

After the gold rush where roughly 30,000 people traveled to the Canadian province of Klondike in the late nineteenth century, this game piqued the interest of players. According to legend, the prospectors played the game on their trip to Klondike. Furthermore, Klondike’s popularity has skyrocketed with its incorporation into Microsoft Windows in the 1990s.

If you’re looking for that solitaire game you used to play on your old PC, this is probably it! It’s a relatively challenging game and can keep you occupied for hours on end. 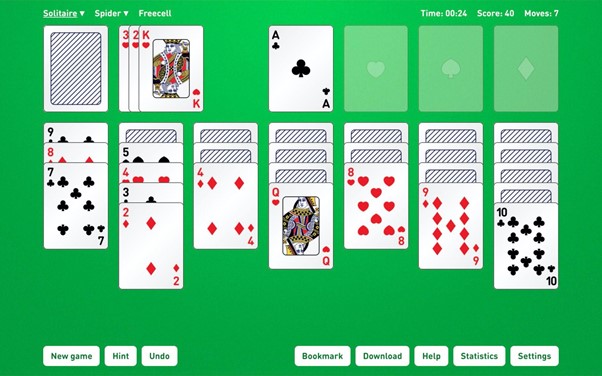 Spider solitaire gets its name from the fact that eight foundation piles must be filled in order to win the game, alluding to the spider’s eight legs. It is one of the most popular two-deck patience games, and there is also a Microsoft version of the game, which has been available on Windows as early as 1991.

Due to the game being one of the most popular versions of solitaire, people have invented various variations of it:

Spider Solitaire is in general considered to be one of the harder types of solitaire games out there. We recommend to start playing with 1 suit and once you feel comfortable with that, then you can upgrade to playing with 2 and 4 suits. 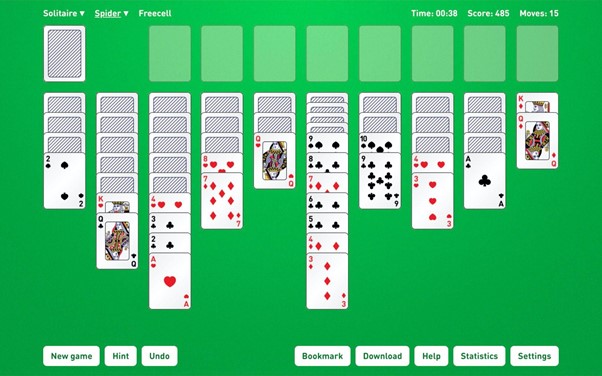 This is another popular form of solitaire game. It differs from ‘Klondike’ in various ways and is considered to be one of the easier types of solitaire. It is thought that Napoleon passed time playing FreeCell Solitaire while trapped on St. Helena, though no one has been able to verify this.

The game is played with open cards, which means there are no cards hidden at any point in the game and therefore no nasty surprises that’ll stop you from winning. It is therefore one of the few games where chance has been taken out of the equations and it is 100% up to the player’s skill whether they’re going to win. 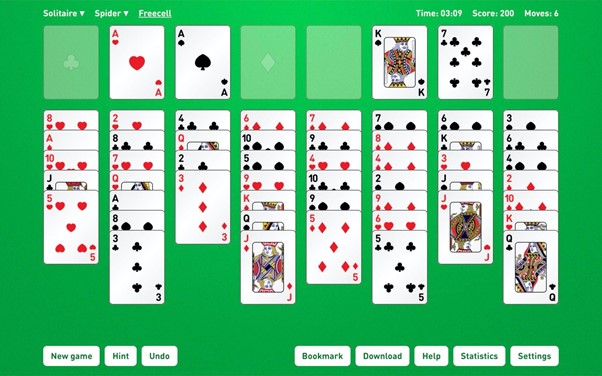 Previous Article8 Ways Moms Can Coordinate Outfits with Their Kids
Next Article Can’t Sleep? How To Exercise For Better Sleep

Good idea to play video games. But I think you can find something more interesting!

You have a good point here! I totally agree with what you have said!! Thanks for sharing your views…hope more people will read this article!!!

Hey. Yeah, I agree that nowadays you can find a lot of different games to try. Just make a search according to your gaming preferences. For example I like strategies and card games. Also I can recommend to see this site, there are many exciting games which you can play and get some fun!

The traits can have an impact on how a Sim performs a given task and, as a result, play a significant role in Aspiration in the long run. The Potions, on the other hand, function more like a one-time dynamite packet. The purchased Potions are added to your Sim’s inventory and can be used at any time.

Wow, it seems to me that you can’t imagine a more boring game. I never had a desire to play such games. I like something dynamic like cs go, for example. And in cs go you can trade skins at https://dmarket.com/sell-csgo-skins, which also attracts me very much. Moreover, it is quite simple, there is step-by-step instruction on the site, as well as 24/7 accurate help from technical support.

Thanks for sharing this info.

Thanks for the nice blog. https://thunderapk.com/

Thanks for the useful information you shared

Playing card games is not as fun and fun as watching other people play and betting on it. This kind of gambling is much more interesting for me. With https://takebet.ug/ I was able to learn many strategies and tactics of sports betting and now have success in this business. I advise you to read the tips there too.