You are at:Home»Entertainment»Sofia The First: The Floating Palace

Sofia The First: The Floating Palace 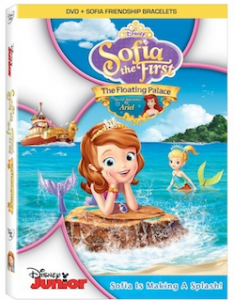 Disney Junior’s “Sofia the First,” which follows the adventures of Disney’s first little girl princess, Sofia, who is learning how to adjust to royal life after her mom marries the king, is the #1 TV series with Girls 2-5.* The November 24, 2013 premiere of “Sofia the First: The Floating Palace” became the #2 telecast in cable TV history in Kids 2-5 and Girls 2-5, and the #2 preschool cable TV telecast ever in Total Viewers and Women 18-49, behind only “Sofia the First: Once Upon a Princess.” **