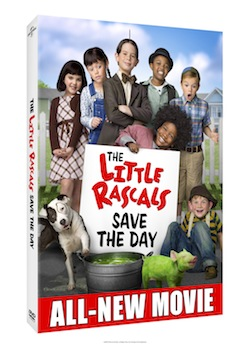 In the Little Rascals Save the Day, the gang of third graders concocts a sequences of schemes in order to raise enough money to keep Grandma’s bakery out of the hands of the devious Big Ray.

From fund raisers and pet care, and entering the local talent show the hilarious stream of events will keep the whole family laughing.

You will not want to miss this family oriented movie. Pick it up today and have a fabulous family night complete with the Little Rascals Gang.