You are at:Home»Entertainment»Lalaloopsy New Episodes this October

Starting next month, Lalaloopsy on Nick Jr. will be premiering new episodes every Saturday, but in a new time slot. 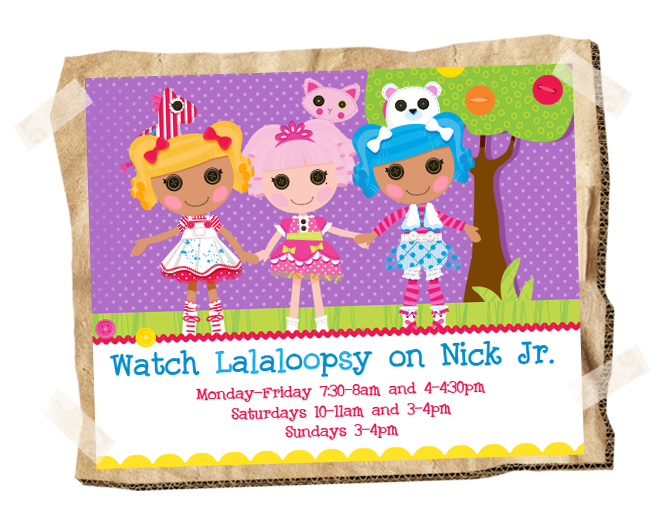 10/4 — To get you in the Halloween spirit, the spooky Lalaloopsy episode “Knick Knack Knock Knock,” will premiere on Nick Jr.  Don’t miss the action as a mysterious Ghost Dog leads Bea into a spooky mansion, where she meets Scraps Stitched ‘n Sewn – who looks scary but is actually just shy.

10/13 — Lalaloopsy Marathon on Nick Jr., airing from 7-10pm. Tune to watch your favorite Lalaloopsy episodes back to back! (Now, I’d be getting popcorn for that!)