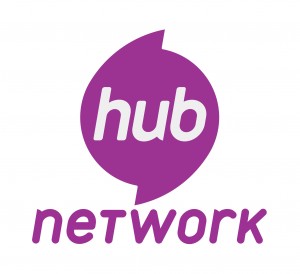 Feature Films “Harriet the Spy,” “Nancy Drew,” “Cloudy with a Chance of Meatballs”

September 6 – “Macho Man & The MMA Kid”: A busy 13–year–old seeks help from Joey because his macho step-dad overloads him with athletics. Will a day spent taking his lumps on the football field and in the MMA ring convince this father to let his son relax his rigorous schedule?

September 13 – “Prince Charming & The Disco Queen”: An overwhelmed 11-year-old boy swaps lives with his strict mother. As he faces a day of dentistry and knitting, she must deal with basketball, track and field and her son’s rules. When mom gets a taste of her son’s life, will she loosen her iron grip?

September 20 – “The Stay at Home Queen & Tumbling Teen”: A stay–at–home mom of four swaps roles with her know–it–all 15-year-old daughter. While mom must handle the tumbles and turmoil of being a teen again will her daughter discover that a stay–at–home mom rarely stays at home?

September 27 – “The Artsy Lad & Techie Dad”: When an 11-year-old and his single-dad test drive each other’s lives for a day, it becomes a battle of wills. As son takes on dad’s cranky computer customers, dad attempts son’s rigorous athletic roster. The question is: who will quit first?

“Sing Between the Lines”: While helping a famous pop star set up a new school of performing arts, the Secret Millionaires Club must track down a fantastic young singer who aces the audition but goes into hiding. When they find her, they must convince her to face her worst fear.

The following feature films will make their Hub Network premiere this month:

Harriet M. Welsch is probably the world’s most accomplished 11-year-old spy. Harriet dreams of being a writer, and she starts by writing down everything she sees. It’s all in good fun until Harriet’s friends find her secret spy notebook.

When Nancy accompanies her father on a business trip to Los Angeles, she uncovers evidence in a long unsolved crime. This family mystery adventure finally brings Nancy Drew to where she belongs – Hollywood.

When Flint Lockwood’s (Bill Hader) latest contraption accidentally destroys the town square and rockets up into the clouds, he suddenly needs to find some way to shut down the machine before the world is covered in super-sized meatballs.