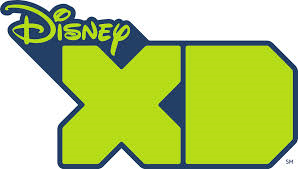 A YOUNG BOY’S VIVID IMAGINATION BURSTS ONTO THE SCREEN

“Kirby Buckets” introduces viewers to the vivid imagination of charismatic 13-year-old Kirby Buckets, who dreams of becoming a famous animator like his idol, Mac MacCallister. With his two best friends, Fish and Eli, by his side, Kirby navigates his eccentric town of Forest Hills where the trio usually find themselves trying to get out of a predicament before Kirby’s sister, Dawn, and her best friend, Belinda, catch them. Along the way, Kirby is joined by his animated characters, each with their own vibrant personality that only he and viewers can see.

Beginning October 1, kids and families can visit DisneyXD.com to experience a new game titled “Kirby Buckets: Scrawl and Brawl,” in which players can create their own character to battle enemies and complete quests while drawing items to help them through each level of the game.

The multi-platform schedule is as follows:

In the premiere episode, “Cars, Buses and Lawnmowers,” Kirby learns about a character design contest featuring the ultimate prize – a chance to meet idol Mac McCallister and debut an animated character on TV. He plans to attend with Fish and Eli, but when they unexpectedly get stranded at school hours before the contest, they devise a plan that accidently places them in the middle of “Clown Town,” an abandoned area of the city where creepy clowns reign. Meanwhile, Dawn realizes Kirby is using an embarrassing drawing of her titled “Dawnzilla” as his submission for the contest, so she and Belinda do everything in their power to stop him.

“Kirby Buckets” was created by Gabe Snyder & Mike Alber (“Supah Ninjas”) and is executive produced by Kristofor Brown (“Beavis and Butt-head”). It’s a production of Horizon Productions, Inc. with animation by Titmouse, Inc. and carries a TV-Y7 parental guideline.

Disney XD is a basic cable channel and multi-platform brand showcasing a compelling mix of live-action and animated programming for kids age 6-11, hyper-targeting boys and transporting them into worlds full of humor, unexpected fun and inspiring action-filled adventures. Disney XD-branded content spans television, online, mobile and VOD platforms. The programming includes series, movies and short-form, as well as sports-themed programming developed with ESPN. In the U.S., Disney XD is seen on a 24-hour, advertiser-supported network that reaches over 80 million households via its basic cable and satellite affiliates. There are 30 Disney XD channels available in 25 languages around the world.