There’s not long to go until Mother’s Day*and as such I have been searching the length and breadth of my local high street in order to find my mum the perfect gift. I have been unsuccessful in my quest so far however, since every shop I enter is offering the usual affair of rotten, uninspired gifts for mums.

In my opinion, these are the 5 worst gifts a mum could receive on Mother’s Day:

As one of seven children, my mother has received many cuddly toys for various occasions over the years. As such, this means that every five years or so she needs to have a clear out in order to be able to navigate her house with ease! I can say with great certainty then, that she would not be over-the-moon to receive any more teddy bears or other stuffed animals this Mother’s Day.

Even mother’s who do not receive soft toys so regularly could be left disappointed should they receive such a gift. Most people grow out of cuddly toys by the time they reach late puberty and so such presents indicate a lack of creativity on the son or daughter’s part. If you must buy a cuddly toy for your mother, be sure that it is one of a Disney/other popular character that she is a fan of, as opposed to a generic bear. 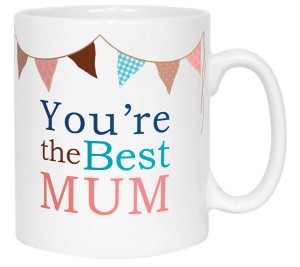 Just like cuddly toys, it is fairly likely that your mother has received many go-to gift sets comprising a mug and keying on previous occasions such as Christmas, her birthday/s and previous Mother’s Days. Celebration mugs become less special every time another one is added to her ever-growing collection in the cupboard, and endless key rings only serve to make her bunch of keys a heavy annoyance to carry around.

Mug and key rings are not even items that go together; they are simply included in gift sets for mums because they are easily customized/personalized for commercial occasions!

WARNING: Buy this for your mum and you might be forced to watch it! [Image credit: kdl.org]

Entertainment retail chains usually provide a plethora of special offers for DVD/Blue Ray disks that they think will appeal to middle-aged women each time Mother’s Day comes around. My local media store is currently offering puke-inducing love films such as ‘Love Actually’, ‘What Happens in Vegas’, ‘The Wedding Planner’ and ‘The Notebook’ for just a couple of dollars each in an attempt to make some extra money from those with no clue as to what to buy their mother for the event.

You should keep in mind that you might be forced to watch any soppy film you do happen to by your creator. Most men can only get through 15 minutes of ‘You’ve Got Mail’ before they begin to contemplate a bloody suicide.

ANYTHING from the $1 Store

This gift site might look nice but at $1 the ingredients are likely low quality [Image credit: Poundland.co.uk]

Dollar stores are forever growing in popularity due to the fact that they do offer some genuine bargains to their customers. Such stores do stock a lot of rubbish too however, since the owners know that consumers will be willing to take a risk on certain products because they are “only a dollar.” Just like every other high street store, $1 stores take the opportunity to make extra money from holidays such as Christmas and Easter by stocking seasonal goods.

Mother’s Day is no exception and as such, you can expect to find the usual gifts designed for mums within but of greatly inferior quality. Getting your mama anything from the dollar store for the occasion indicates that your don’t value her very highly and there is a high chance that she will realise where you acquired her cheap gift if she happens to pop to the dollar store to stock up on floor cleaner and/or bin bags (etc.) each week!

It won’t take long for your Mother’s Day flowers to resemble these! [Image credit: flowertucci1.com]

This might be a controversial choice considering the fact that many people do give their mum a bunch of flowers for Mother’s Day but this is exactly the point; it is a hardly original gift idea! Unless you are willing to spend a very large amount on a bouquet also, your bunch – acquired from the supermarket or the local petrol garage – is very unlikely to impress.

The biggest problem with flowers however is the fact that they die after just a few days and so they are not a permanent reminder of just how much you love your mum. Buying her something that she will love and keep forever (perhaps related to one of her interests or hobbies) shows that you considered your gift to her in advance and didn’t just buy her flora in a last-minute panic.

So what Do I Buy Mum for Mother’s Day?

As I mentioned above, buying your mum something relating to her interests and/or one of her hobbies is far more considerate then entering a gift shop and simply choosing from the purposely designed gift sets that are available!

In the weeks leading up to Mother’s Day, you should listen carefully to everything that your mum says (either on the phone or in person) for this can often provide clues as to what she would be thrilled to receive. Maybe she mentioned that she accidentally broke her favorite watch a few weeks ago or that she is looking for a specific trinket to add to her collection.

Gift vouchers for her favorite cosmetics stores or for pampering spa breaks are also likely to please her for she can customize your gift to her gift to match her own tastes by choosing her own makeup and/or spa treatments.

Author: Katherine Cole –will be sending her own mummy to enjoy 24 hours at a spa hotel this Mother’s Day.