You are at:Home»Adults»How To Wow Your Pal On Their Birthday

Everybody wants a little bit of special treatment on their birthday because it shows that your family and friends truly care. It’s not necessarily about material possessions, but simply celebrating an important and significant day for a person and enjoying time spent with the ones who matter most to you. It’s only fair, then, that we return the favor to our loved ones on their special day, whether they might be a close friend or a relative. So, when your best pal has a birthday coming up, you should be striving to go the extra mile to give them the perfect day – perhaps even an unexpected day, depending on whether they have plans or not. 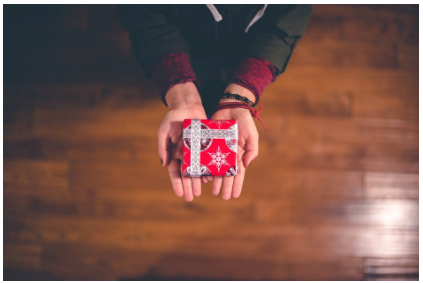 Of course, whilst it’s one thing to know that you want to give your best friend a special day on their birthday, it’s quite another to know where you should begin. There are a million different gifts you could get for your buddy, but sometimes coughing up a lot of money on something isn’t the best way to show them that you care. It’s about giving them something with meaning; it’s about giving them something which shows you know the things they love most in the world. If you’re running a little low on ideas and that big day is getting ever-nearer, here are some top gifts you could get for your pal.

A special day out.

A gift doesn’t always have to be a physical possession; sometimes a gift can be a trip out to your friend’s favorite place in the world or somewhere they’ve always wanted to visit. Perhaps you could go a little wild and give them a trip away somewhere. This works well on so many levels, because not only are you taking that special someone to a place which they will love, but they’re getting to visit that place with you. Obviously, I’m not saying you should be bigheaded and say that you are the present, but spending quality time together is the best way to celebrate your best friend’s birthday. They’ll treasure your company and a fun trip away more than an expensive, meaningless object.

Perhaps the reason you’ve been struggling to find a good gift for your friend is that you don’t want to get them a single box set of a great new TV show, because they’ll have binge-watched it a day later, or a book from an author they love because they’ll have finished it hours later. A subscription is a great solution to this dilemma, as you won’t be buying somebody a one-time gift but a gift that keeps on giving; it could be a subscription for a few months or an entire year, and you could even renew it for their next birthday if they’re sold. In the age of Netflix and immediate media, this is one of the best gifts you could give to the entertainment fanatic.

Everyone loves flowers! Stereotypically, men buy flowers for women as a romantic gesture, but in the twenty-first century, I think people should feel free to buy anyone flowers if they want to make a grand gesture. What better time to show somebody that you care about them than with a bunch of flowers on their birthday? This is a gift which says you wanted to buy something beautiful, natural and blossoming to represent the incredible friendship of you and your friend. Just make sure you remind your friend to water it so it doesn’t die after 2 days. 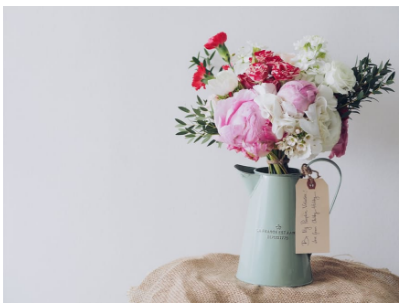 Bring everyone together online.

As you get older, people move to different places and build different lives for themselves, but the power of friendship and family is something that cannot be diminished by distance. One of the most special gifts you could give your best friend in the entire world, then, is the coming together of all the most important people in their life. You could arrange a group call on Skype or Facebook and ensure you’ve organized it so that a time is chosen which suits the schedule of every family member and friend of the birthday boy or girl, no matter their timezone or business during that day. If family and friends can’t all be there in person, then letting them join the festivities through an online call is a thoughtful gesture which will likely make your friend’s day.

Whilst money isn’t everything, as I mentioned earlier, there’s no harm in getting something lavish for your best pal if it’s something you know they’ll love. It should be about the element of treating them to something they wouldn’t usually have, rather than simply showing off or making a grand gesture involving expense. Treating your pal to a luxury brand of chocolate, rather than the standard supermarket brand for which they’d usually opt, or a designer handbag, rather than the standard brands they’ve usually buy, is a way to show that this is a special day and they can treat themselves to something a little fancier than usual. By all means, go a little over the top with your best friend on their birthday, but do so for the right reasons.

This might seem like a straightforward suggestion, but a piece of jewelry can be something rather out of the ordinary if you put some thought into the search. There are some unique designs out there, and, if you know what your friend likes, this could be the opportunity to buy them that beautiful necklace or ring you know they’ve had their eye on, but they felt it was too expensive to purchase. Even if your friend or partner is male, you could check out a site such as Frost Nyc blog for ideas regarding chains or penchants. This is a gift which can be interpreted so broadly in meaning. Jewellery encompasses far more than simply earrings or a pretty bracelet. This is your chance to treat your friend to something unique. 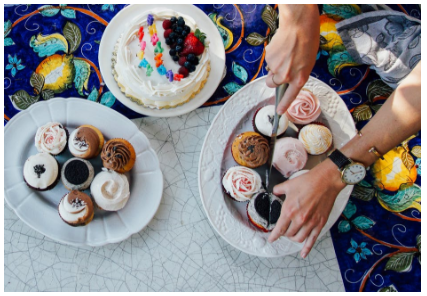 It wouldn’t be a birthday without cake, really, would it? Of course, you could nip to your local supermarket and buy the first one you see, but maybe you want to show them that you’ve put some real effort and thought into your gift. Nothing beats a homemade cake. It doesn’t have to be a work of art because you’re not trying to win the Great British Bake Off, but the very fact that you went the extra mile and put time, energy and maybe a few tears into baking something will be enough to wow your pal. Still, give the cake your best shot; you don’t want to inadvertently ruin their special day.

Along the same theme as the last suggestion, a custom gift is a brilliant way to show your friend that they’re more than just any old acquaintance. It’s easy to rush into a store and buy the first thing you see, but a handmade present shows your friend that you really had to think about their big day and put time into creating something special for them. It shows them that you viewed their birthday as a chance to celebrate a friendship and demonstrate how important they are. Creating something such as a friendship diary is the perfect way to summarize all these feelings because you can both dip your feet into a little dose of nostalgia and reminisce about the good times.