AND ROCKSTEADY LAUNCH EXCLUSIVELY AT WALMART 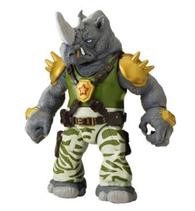 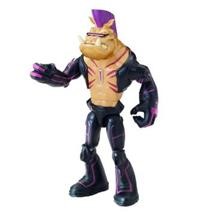 “Partners in crime Bebop and Rocksteady have been fan favorites since the original animated series debuted in the 1980s,” said Karl Aaronian, Senior Vice President of Marketing, Playmates Toys.  “We’re thrilled to have had the opportunity to update the characters for a whole new generation of kids and original Turtles fans to enjoy.”

“Fans old and new alike have been waiting for these two great villains to make their big return, and the time has finally come,” said Manuel Torres, Senior Vice President, Global Toys and Publishing, Nickelodeon. “Turtles is having such incredible success on TV, in toys and across movie theaters worldwide, and adding Bebop and Rocksteady to the mix will just ratchet up the energy even higher.”

The highly detailed Bebop and Rocksteady action figures stand 5” tall, are fully articulated and uniquely sculpted to capture the personalities of this perennially popular duo. Each figure is equipped with unique accessories and is compatible with most of the vehicles and playsets in the Teenage Mutant Ninja Turtles toy line. Bebop, a pig-headed mutant, features a bright purple Mohawk, X-ray glasses and comes ready to battle with his weapon accessories.  Rocksteady, a mutated rock-headed Rhino and the brains behind the duo, is ready to hunt down the Turtles with his hammer-and-sickle weapon accessories.