Saving Mr. Banks follows the events that transpired by the beloved book Mary Poppins creator P.L. Travers. Starring Tom Hanks, and Emma Thompson. It’s a heartwarming story detailing the life events that lead to the actual creation of Mary Poppins and eventually the making of Disney’s Mary Poppins movie itself. 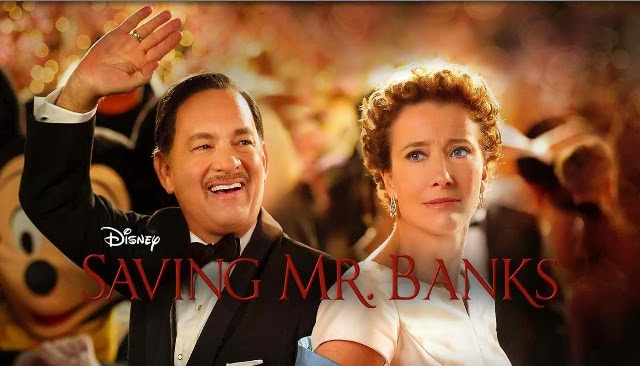 When I was a little girl my favorite movie was Mary Poppins. I watched it daily and sang along to the songs. I think my mom had to replace the VHS at least three times because I wore it out from playing it so much.

I was excited when I heard that Disney was making a movie that followed the events that transpired the book and created my all time favorite movie. My husband and I made a special movie night, cuddled up and watched Saving Mr. Banks.

Saving Mr. Banks is a delightful film. Emma Thompson outdid herself in this one! She took the role of P.L. Travers and owned it! She was witty, fierce, forceful, cynical and at time very funny.

The film runs from present to flashback and is simply easy to follow. At times, it will leave you on the edge of your set wondering what is going to happen. You’ll gain insight to the actually making of Mary Poppins and what inspired it creation in the first place.
I am so happy that Tom Hanks plays Walt Disney. He is an extraordinary actor just like the type of person Walt Disney was. I think he did an amazing job in the iconic role as the Mickey Mouse creator. I loved the segments featuring P.L. Travers’ childhood in Australia. It was both happy and sad at time, yet wonderful regardless. 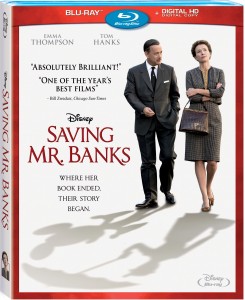 Previous ArticleMoving House With Kids? Here Are Some Tips to Make it Stress Free
Next Article MALEFICENT In Theaters Everywhere on May 30th!