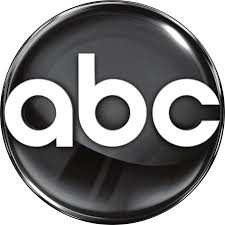 The 12 Celebrity Couples Will Perform To Their Favorite Song

And Musical Performances By Sia And Nico & Vinz

“Episode 1902” – It’s #myjammonday this week on “Dancing with the Stars.” The 12 remaining celebrities dance to their favorite songs on MONDAY, SEPTEMBER 22 (8:00-10:01 p.m., ET) on the ABC Television Network. Monday’s show kicks-off with a spectacular opening number featuring the full cast and judges dancing to a medley of the judges’ favorite songs. Each couple will then perform a variety of dances, including the Cha Cha, Foxtrot, Jive and Rumba, to their favorite jam.

Each Couple’s Pick for #myjammonday is:

Randy Couture & Karina Smirnoff: “Satisfaction (I Can’t Get No)” by Otis Redding

Bethany Mota & Derek Hough “All About That Bass” by Meghan Trainor

“Episode 1902A” — “Dancing with the Stars: The Results” two-night event continues on TUESDAY, SEPTEMBER 23 (8:00-9:00 p.m., ET) where one couple will be eliminated by combining the judges’ scores from Monday night’s performance with the public votes. Judge Julianne Hough takes to the ballroom floor and will dance in a number featuring Derek Hough and the male Pros. The show will feature pop star Sia performing her hit single “Chandelier,” accompanied by a dance performance by Maddie Ziegler and Pro Allison Holker. Later in the show Nico & Vinz will perform their hit “Am I Wrong.”

This year is unprecedented in terms of the level of interactivity. #DWTSAllAccess will be available to watch every Monday on ABC.com/dancing and will offer five live streams from key positions at the show venue, allowing

fans to choose views of the Red Room, judges, Sky Box, a wide angle of the dance floor and a feed hosted by Dominic Bowden and DWTS alum Lacey Schwimmer that will highlight relevant social media conversations. Viewers on the West coast will be able to live chat with Bowden and Schwimmer during the broadcast. Throughout the season, fans will also have opportunities to participate in the outcome of the show, using social media to weigh in on everything from songs, dance styles, and even partners.