In today’s society, many families are choosing healthier lifestyles by using  “natural” ingredients in their daily lives. Especially when it comes to what we eat! Over the years just about everything has been dubbed “bad for you”. In fact, statistics show that Italians life expectancy is 81.86 years. Italians live an average of 3.37 years longer than Americans who’s average life expectancy is 78.49 years. Is it credited to they way they eat? I mean they do eat a lot of pasta! According to the American Heart Association, the answer is in their diet. The antioxidants found in olive oil and red wine — two key features of an Italian meal — can improve cholesterol, prevent blood clots and stave off heart disease, according to the American Heart Association.

Until I was introduced to Michael Angelo’s at Blogher back in August of 2012 I didn’t realize you could buy a FROZEN meal with only “natural ingredients”. Their philosophy.

Our “No Compromise” Philosophy

When I set out to take the Michael Angelo’s taste test I already knew that their frozen meals were like no other. In the past I’ve tried several of their frozen products including their Chicken Parmesan and Chicken Piccata which is to die for. And that is NOT an exaggeration! So, I was eager to try their lasagna. Although, I was NOT thrilled to have to taste the Marie Calendars or Stoffer’s. And this is why. Marie Calendars meals are always undercooked! Have you ever tried them? If their is a vegetable in their meal it’s almost always like eating a raw vegetable. Sure, the box is pretty and makes you want to grab it, but the stuff inside the box is never good. As for Stoffer’s, their food is always cheap, thus cheap ingredients are used and a ton of preservatives.

My taste test went a little like this. First, I told myself to “Keep an open mind, be fair and let your taste buds tell the story”. 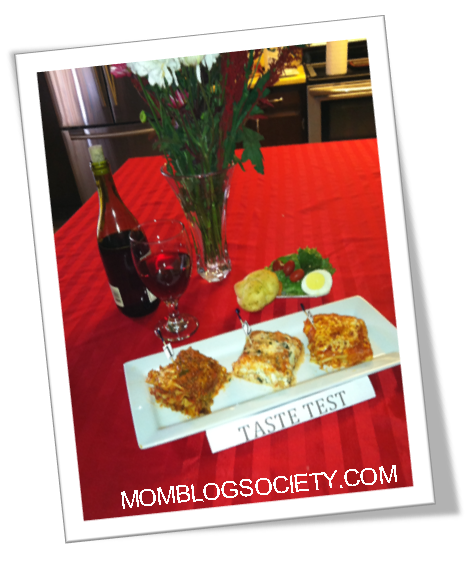 Don’t be fooled by the pretty picture.

Of course you may think I’m bias, but I swear I’m not. Michael Angelo’s won hands down. I encourage you to try it. Next time you reach for a frozen meal, look for Michael Angelo’s and you’ll see for yourself. Now, in my store Michael Angelo’s products are not by the Marie Calendars or Stoffer’s. There are set apart and I had to look for them. What a shame. But, I assume it’s because they don’t put out a mass production of varies meals and stick to what they know and do best. Verses the other two that think they are experts in every type of meal imaginable. I have news for those two.

Thanks! I’m not crazy about Stouffer’s either – it will be nice to try something different!

Wow — I can see your bias but honestly – I look only at ingredients anymore and refuse to get frozen foods with a laundry list of ingredients that I can’t pronounce or recognize. I’ll have to give the Michail Angelos brand a try since I haven’t seen them on a casual search around here. Nice review LaDonna!

You know what, Stouffers does have thick noodles and watery sauce. I don’t know why I fall for the brand name every time. I will definitely check out Micheal Angelo’s!

This looks like something awesome to try out. THanks so much!

I just recently stumbled upon this brand when I was buying some Stouffer’s lasagna! I’m glad you shared the review with me because I will pick some up next time!

Yum! That does sound like a winner. Do you know where I can buy them?

Mmmmm, I’ll have to check ’em out! Thanks for sharing!

great review , i’m not too much on frozen foods, but i do love Italian food and often cook it home made .. thanks

Your review definitely makes me want to try it.Sounds yummy Thanks

I am not so much into frozen foods but I think I will make a point to give this a try, sounds good.

My dad makes the best Lasagna 🙂 I have a hard time eating any other lasagna knowing how much I love my dads. But I might try Michael Angelo’s lasagna. Thanks for giving your opinion!

oooh i wish i was there to taste too, great review thanks a bunch

How FUN! Not to mention, yummylicious… too!!

Wow! I feel hungry now… Rushing to get that chicken arrabbiata out of the freezer now. Just like Rebeckah, I’m not a great fan of frozen foods either. But sometimes it’s just convenient.