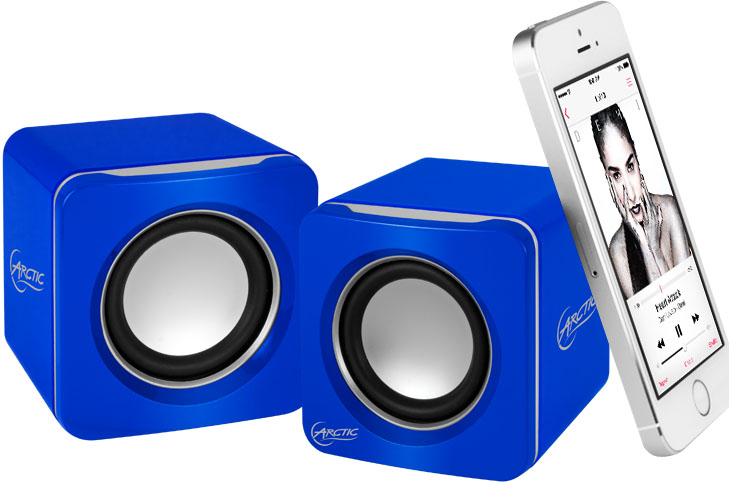 If you’re looking for a refreshing, simpler way to enjoy your music via your laptop, tablet or for that matter any device, check out the Arctic S111BT. It’s the perfect speaker to stream your music or movies and let it be known that the setup process is so easy!

As I opened the box I saw a real nice Arctic hard case where two nice small speakers were incased along with a Stereo Jack Cable and Micro USB Cable. 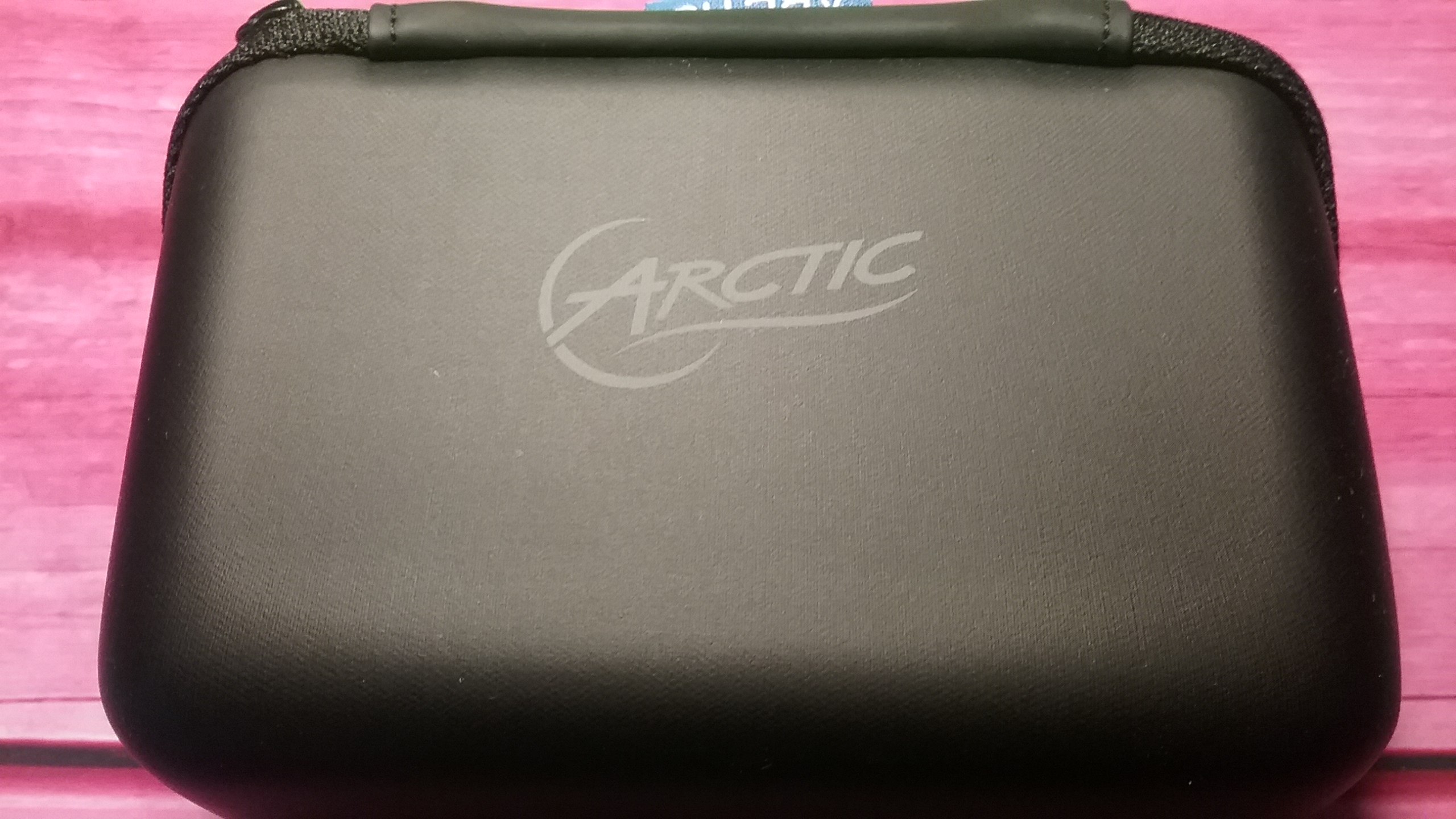 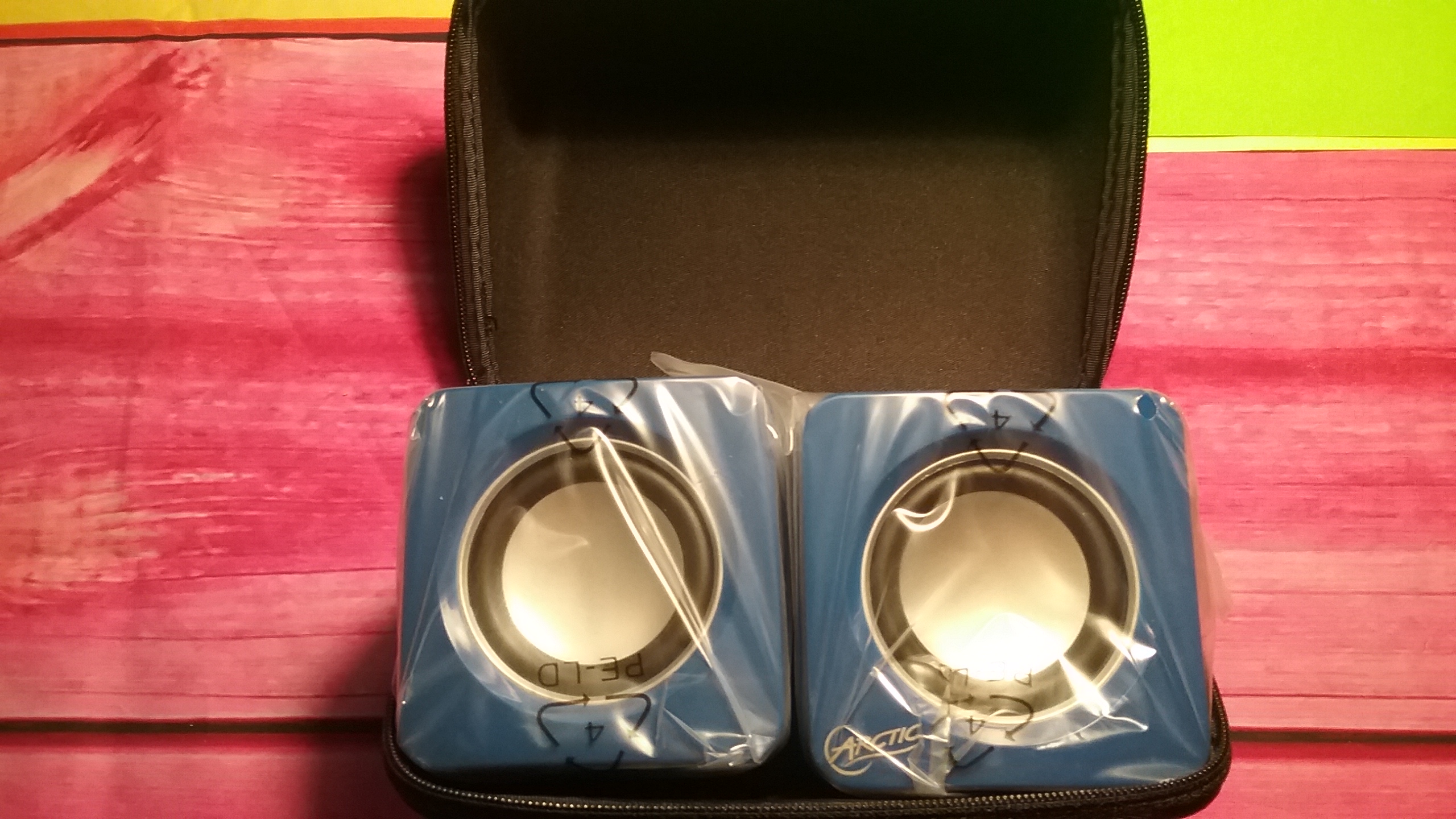 I couldn’t wait to test them out on my Laptop and smartphone. They were so easy to pair, all I did was hold down the power button on the back of the unit.  When pairing mode is active you will see the LED indicator flash red and blue alternatively, next just search for the unit with any Bluetooth device.

Within seconds I was paired and streaming  music from my smartphone to the Arctic speakers and wow, the sound quality is “Awesome”! For these speakers to be so small they pack a lot of power and clarity.  I was able to hear every note, tone, and music instrument with ease, nothing was distorted at all even when volume was raised to test. 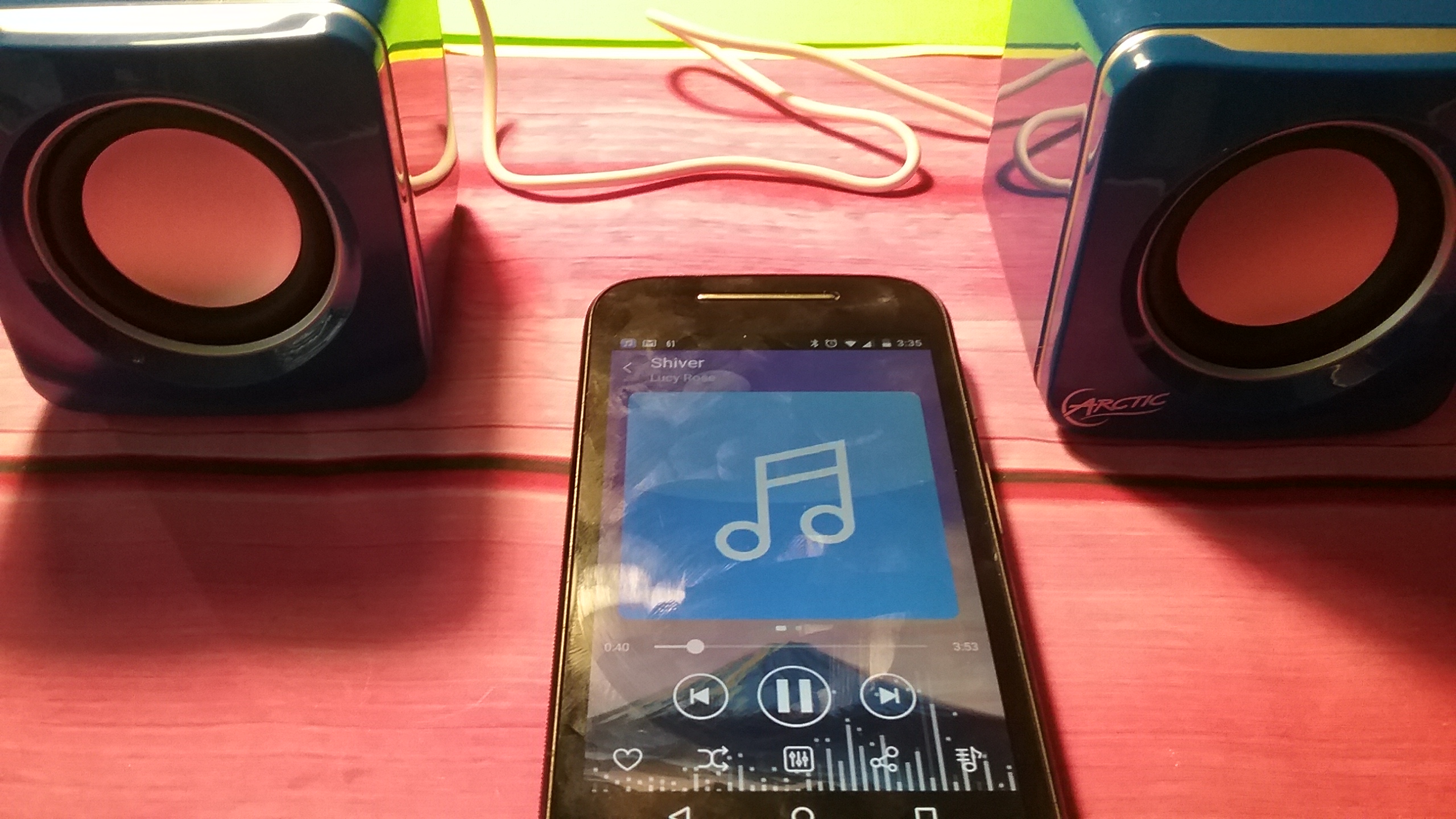 Even when I tested the Arctic S111 BT speakers on my Laptop I still received the same awesome results. Sometimes I like to sit back at night and enjoy a movie off my laptop but lately I haven’t done so because my last speakers broke. Now I can relax back in my chair, pair up my speakers to my laptop and watch a good movie.

The Arctic S111 BT offered better sound quality than any single Bluetooth speaker I’ve had in a long time! The only thing I wish was different about the S111 BT is the cable cord, it’s much shorter than I expected. I know if the cable cord was just a little longer the effect of the speaker being a little more far apart would make an even more awesome quality effect!

I also noticed the bass within the speaker, I’ll go on to say it’s not bad at all, the volume is pretty decent also. What I also found is that each selection of music sounds different on these speakers. Like when I played jazz, you could hear and enjoy every sound, when I listened to RB, Rock each one provided a different sound effect. Now it isn’t bad it’s just if you know music well you can hear the difference. I love the cute little design of the Arctic S111 BT, and I really like how you can place them anywhere because the speakers are not bulky, the set also has a two year warranty included!

They are available in 5 colors and the S111 BT comes with a built in high gain antenna which enables a significantly extended range compared to standard Bluetooth devices. In combination with a Smartphone a typical Bluetooth module achieves a theoretical range of 10 m which, due to obstacles, can in praxis drop to below one meter. The S111 BT allows a stable connection even at a weak signal and offers thus a significantly extended range of about 50%.

Last, I will say overall I am impressed with the Arctic S111 BT and most of all with the battery life of being able to stream 12 hours between recharging. Arctic stats flat batteries are a problem of the past now and with the battery level indicator on the S111 BT you’ll always know how much juice you have left in your battery.

The Arctic S111 BT will definitely make a good gift for the Holidays and a good companion to anyone who love to stream via their smart Bluetooth devices!

Looks like a great speaker. Wish I had a smart phone or something to use it with.

This is cute an sounds like a great little system to have.

Looks cute! Sounds like something I would love to have! Thanks for the review!

This would be perfect for my husband at work! He is a mechanic and is looking for a way to play music on his phone while he works on trucks.

Nice system — like the small size this would fit right on my night table.

This looks like a great product! I love that blue.

This looks like a great product! I love that blue. I am always looking for a great set of speakers!

Now that I have a smartphone, I’d love to have these.

That is a good battery life. I need to get some new speakers for my computer but I will just go with old school for that probably.

Love how cute this speaker is and that it is bluetooth!

I would love to have this in my kitchen,it’s a cute little speaker to fit just about anywhere,I like to listen to music while I cook or clean.

This looks like a great little system to have. I would use it in my office.

yes, I totally need these speaker!

My first thought is that they are too cute to accomplish anything!!

I need to get some of these for my husband. He would love to have them while he’s working out.

Nice system and attractive too.

My grandkids would love this.

(I’m Excited To Introduce The Arctic S111 BT Mobile Bluetooth Sound System!!) These are so neat to have. My sons all have something like this one and we have used them on all our camping trips that we have taken together this year-

I love to hear that the set up was easy, that sounds just right for me.
We need something here in our house, but one that is simple to hook up and use is preferred, so this sounds perfect

this sounds awesome and I would love to try this!