You are at:Home»2016 Holiday Gift Guide»Have an Oinktastic Christmas With Peppa Pig

Children and Families Nationwide Get Set for an ‘Oinktastic’ Holiday Season with Peppa Pig!

Before I get into all that is being offered this holiday season from Peppa Pig I wanted to share some nice items I received the other day from the friends of Peppa Pig, and they are Peppa Pig Perfect. 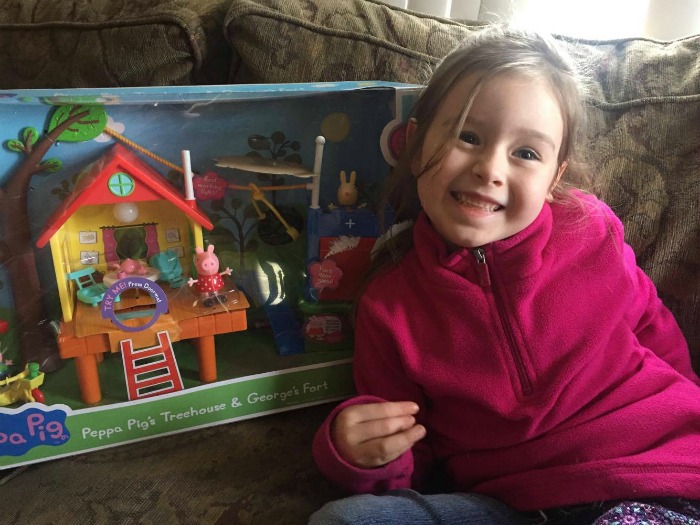 Emma was so excited when I told her we had a new box from Peppa Pig.  We opened up the box and there was a Peppa Pig’s Treehouse and George’s Fort Playset.  She almost was done and wanted to get it out of all its packaging.  It is SO neat.  It has a muddy puddle at the end of the  slide which is squishy. Emma got quite a kick out of that. The light switch turns on the light upstairs in the tree house, and if you “step” on the rug it also turns on the light and says “Would you like a spot of tea?” It does take 2 AA batteries which are included.  Peppa Pig, George, and Richard Rabbit are included with this fun playset.  Grandpa built the fort playset for George since the Treehouse is just for girls. Emma said she was SO glad that Grandpa was nice enough to do that for George. This playset is recommended for ages 2 years+. 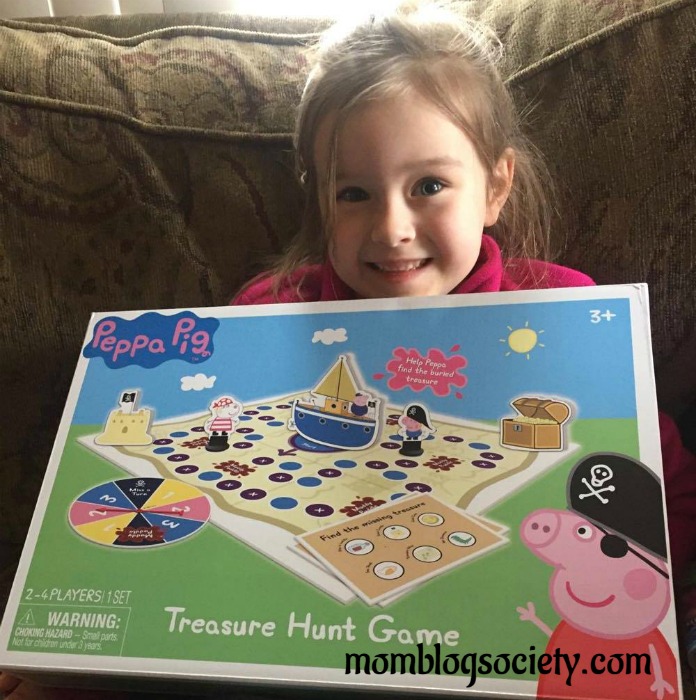 Peppa Pig’s Treasure Hunt Game is a fun game but is not recommended for children under 3 years of age due to small parts.  You can read more about the game below. Emma wasn’t as much into playing the game due to the play set.  But we did open it later and looked at it, Emma said it did look fun. 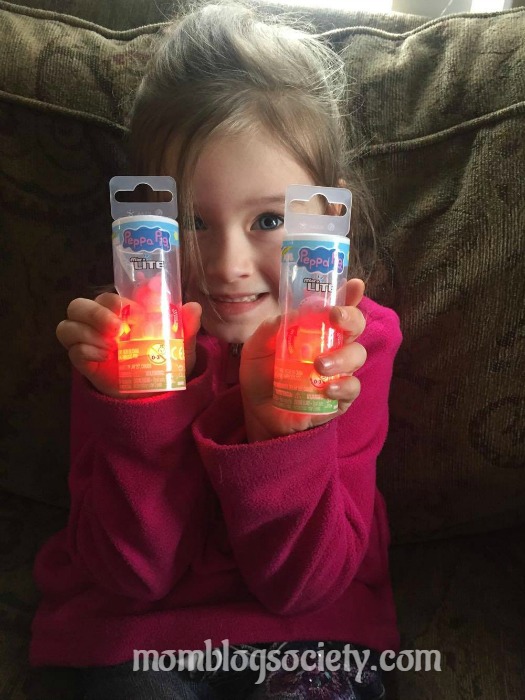 We also received 2 Peppa Pig Microlites which Emma wasn’t too sure about but thought they were cute. You can purchase them individually and they will make cute stocking stuffers for children 3 years old and above. 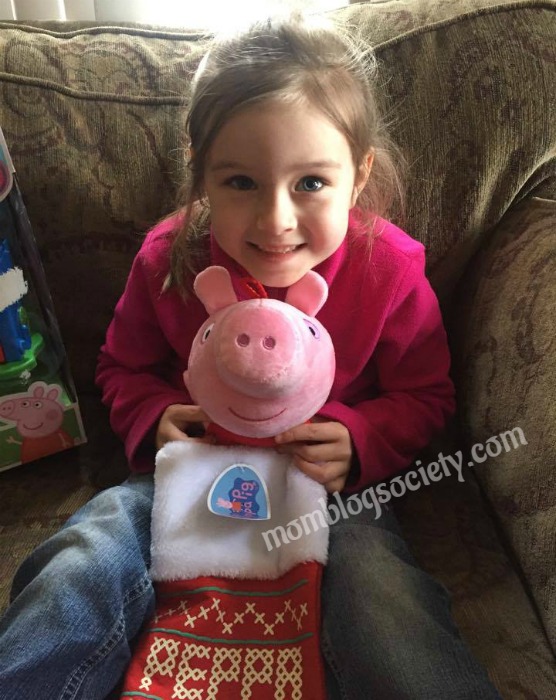 Last but not least a Peppa Pig Stocking!! Emma thought it was really neat and asked if she could keep it here for her Christmas cause she did have one at her home. I told her Santa would think that was a great idea.

It’s time to deck the halls with Peppa Pig! Peppa Pig fans nationwide will snort with joy for the “sleigh load” of new offerings that are coming to town this holiday season, based on Entertainment One’s (eOne) hit series seen daily on Nick Jr.! From imagination-inspiring construction playsets and games to engaging crafts kits and DVDs, there’s something for every little one on the list.

“The latest Peppa Pig toys and products to hit shelves this holiday season are sure to delight fans all across the country,” said Joan Grasso, VP, Licensing – North America, eOne Family. “The adorable, fun-filled new offerings, sure to be on everyone’s gift list, will inspire preschoolers to create their own exciting Peppa Pig adventures every day!”

Among the new stocking stuffers that will have little ones snorting with delight are:

Airing daily on Nick Jr., Peppa Pig follows the adventures of Peppa, a loveable, exuberant little piggy who lives with her brother George, Mummy Pig and Daddy Pig. Peppa’s favorite things include playing games, dressing up, spending days outdoors, and jumping in muddy puddles. All episodes are wholesome entertainment for the entire family; Peppa’s adventures always end happily with loud snorts of laughter. Peppa Pig episodes are available on DVD and for download on iTunes, Google Play, and Amazon platforms. For more information on Peppa Pig, please visit the popular website and check out Peppa on Facebook, Twitter and Pinterest.

Entertainment One Ltd. (LSE:ETO) is a global independent studio that specializes in the development, acquisition, production, financing, distribution and sales of entertainment content. The Company’s diversified expertise spans across film, television and music production and sales, family programming, merchandising and licensing, and digital content. Through its global reach and expansive scale, powered by deep local market knowledge, the Company delivers the best content to the world.

The Company’s rights library is exploited across all media formats and includes more than 100,000 hours of film and television content and approximately 40,000 music tracks.

Disclosure: I received the above-pictured items in exchange for my honest review. All opinions are my own.