You are at:Home»Travel & Living»Coupons for Good: 3 Online Travel Sites That Give Back

Corporations have a reputation for being all about profit and nothing more. There’s a widespread idea that corporations don’t give back to the community they take from — even when they do actually donate to charities. For example, many discount travel sites have aligned themselves with a charity of their choice and donate a portion of their profits regularly. Because of this, you get to save money on your travel, use coupons on top of the discounted price, and feel a little better knowing that the travel site is doing its part to help those who are in need. 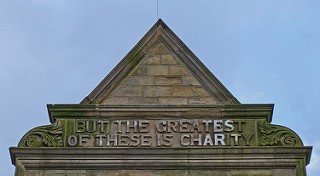 When booking a trip with Expedia, you can take comfort in knowing they donate to many different charities around the globe. It gives to charities such as St. Jude’s Children’s Hospital and also works with its own employees to give to local charities. The travel site has employees around the world and encourages them to volunteer with a charity of their choice. When they do, Expedia follows up by donating money to that specific charity. As a result, funds are used locally to help improve the lives of those with whom the charity works. Sometimes it’s a small charity, and other times it’s a larger organization, but the overall effect is the same: The money goes directly to those who need it most, affecting the local community for the better.

Hotels.com backs a movement known as the Vacation Equality Project. This project aims to raise awareness of the lack of vacation time afforded most Americans. The idea behind it all is that Americans are overworked and undercompensated with time off. Many countries around the world have made vacation time a legal mandate, but the United States lags far behind.

Countries that have legislated vacation time have stated minimums, typically up to three weeks. This approach creates a healthier workforce and lets employees get away from their jobs for a while without threat of punishment. When employees return to work, they are refreshed, relaxed, and much more productive. Having guaranteed vacation time would be something that American workers could greatly benefit from. Mandating vacation time through legislation could eliminate worry while promoting health and improved productivity.

Those planning a trip through Travelocity might find it interesting that they engage in something called voluntourism. The concept behind voluntourism is to help travelers get to countries that are in need of help from volunteers. Its Travel for Good program pays for a volunteer’s airfare and gives $10,000 to the charity of the volunteer’s choice. However, not everyone can get a trip paid for simply by claiming to want to engage in voluntourism. Those who want to participate in the program must write an essay explaining where they want to go and why, then hope that they’re picked for the award. This program through Travelocity might be a great fit for anyone who is looking to give back.

These online travel sites participate in giving back to their local communities and the customers who support them. They elevate the living standards in poor areas, help medical research make breakthroughs, and make sure that people get to destinations where they can offer a pair of helping hands. Corporate charitable donations increase the quality of life for people from all walks of life, not just a select few.

I’ve always used Expedia, its good to know they are doing their part in helping the community! It makes spending a ton of money a little easier knowing someone is using it for a greater good.