You are at:Home»Auto»What to Do When Your Car Essentials… Vanish (or You’ve Lost Them)

How does it happen?

“It was there a minute ago.”

“I saw it on the counter yesterday.”

It doesn’t matter when your last saw it or used it. For some reason, it’s gone for good.

Your car keys, your sat nav or your driver’s license having vanished into oblivion. They’re currently floating around in the upside-down, and they’re not coming back.

I’m sorry to say, but this is almost certainly your fault- although you may feel it’s the work of some mysterious hand, yanking your chain for fun.

Although, to be fair, in the case of some disappearances, not even you are to blame.

Here we’re going to break down what to do when the things you need for YOUR car go… Poof! And vanish into thin air. 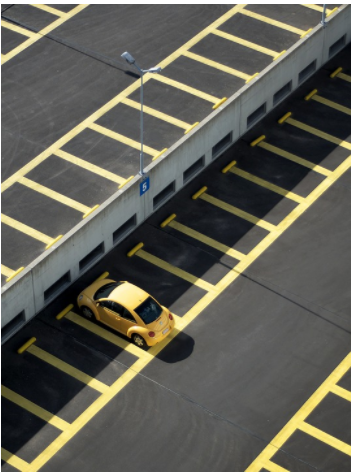 This is an annoying thing to lose, but it’s not something to cry about.

Satellite Navigation systems only get cheaper with the release of new models, so to replace it should be a doddle. Or, you can take it as an opportunity to really get involved with the 21st century and just use your phone.

If (for some weird reason) you’ve developed an emotional attachment to that particular sat nav, you shouldn’t lose all hope.

GMP state that if you report the serial number of your sat nav, your sat nav can be tracked by the manufacturer, and it will lead them right to the location of yours.

If you suspect foul play, you may even catch a thief…

Your driving license is gone. This may not seem like too much of a worry unless you’re blessed with youth and need to show it every time you have a tipple.

However, if you’re stopped by the police and they ask to see your license, and you don’t have it, you have seven days to take it to a police station. If you’ve been driving and your license is lost, you might just be in trouble. You won’t be able to get a new license from the DVLA in seven days, and if you don’t show it, you’re breaking the law- and could get yourself in big trouble.

To replace a lost license, you have to provide information to the DVLA, like your passport, your national insurance number, and your driving license number (who knew?!).

If you’re worried about a Lost License, click here.

Ouch. This is a big loss.

Especially on a Monday morning when you’ve had a look, and they’re not anywhere; not in your coat pocket, a counter they normally avoid, the bottom of a handbag, or, as a last resort, the fridge. Now you’re on the bus. Ouch.

Replacing car keys is a fiddly process, but not half as bad as losing your car, so take courage in that.

Lost keys can be expensive to replace. You might be able to claim it on insurance if you’re one of the lucky few who are covered by that kind of plan. If not, prepare to shell out; keys for a Volkswagen Golf are around £200, and most other popular manufacturers have similar prices.

You’re going to have to contact your local car manufacturer, or call an auto locksmith and prepare to feel your wallet lighten.

Maybe it’s best to find a ‘special place’ for them in future?

Congratulations! The loss of your number plate is almost certainly not because of human error!

You didn’t lose them, and the person who stole them didn’t make a mistake- they succeeded!  Now you don’t have to be cross with yourself (like when you normally lose things), only furious at that light-fingered stranger.

You’ve just become another statistic and are now one of the 20,000 people a year who is victim to number plate theft. And, through no fault of your own, you’re unable to drive without them.

The DVLA recommends that as soon as they’re gone, report them to the police. Sometimes your insurance will cover it, but sometimes they won’t. Then sort out getting replacement plates so you can get back on the road ASAP.

This act of crime will cost you both time and money. It has the potential to be a real inconvenience if your plates are involved in instances of speeding or petrol threat. Really unlucky.

Previous ArticleKeep Tabs On and Protect Your Information
Next Article Why Choose Bamboo Diapers? Because Poop Happens

I simply have brought my first car and I was thinking about whether they were any essentials that I have to keep in my auto? I live in AUS so I needn’t bother with ice scrapers or whatever.

I am posting this important one for the users at this time number of internet users becomes so much.They are using net but it’s explorer involved in the application and web app which is easily accessible windows Microsoft edge browser.

This is an awesome site with all in one infomatry descibed in brief and also my friends play online free roblox with free robux generator.