You are at:Home»2015 Holiday Gift Guide»Author Laura Schroff Brings You The Best Book For Christmas: An Invisible Thread

An Invisible Thread is a true story about the author Laura Shroff and Maurice Mazyck. The story explains how the two came to meet, and the impact that their meeting had made on each others lives. At the time Laura was a 35 year-old, successful ad sales executive. When she met Maurice, whom sadly at the time was an 11 year-old homeless boy. The two came crossed paths in 1986 on the 56th street in Manhattan, where Maurice presented himself by asking Laura if she had any spare change. At first Laura had turned down the boy and continued walking. Then, all of a sudden Laura decided to turn back around and asked Maurice if he’d like some lunch. This turned in to Laura and Maurice meeting every Monday for lunch, which turned into an amazing friendship that would last over 30 Years.

While An Invisible Thread is the adult version of the story, Laura beautifully crafted this amazing story into a child’s book as well. And it’s one every child and parent should read. 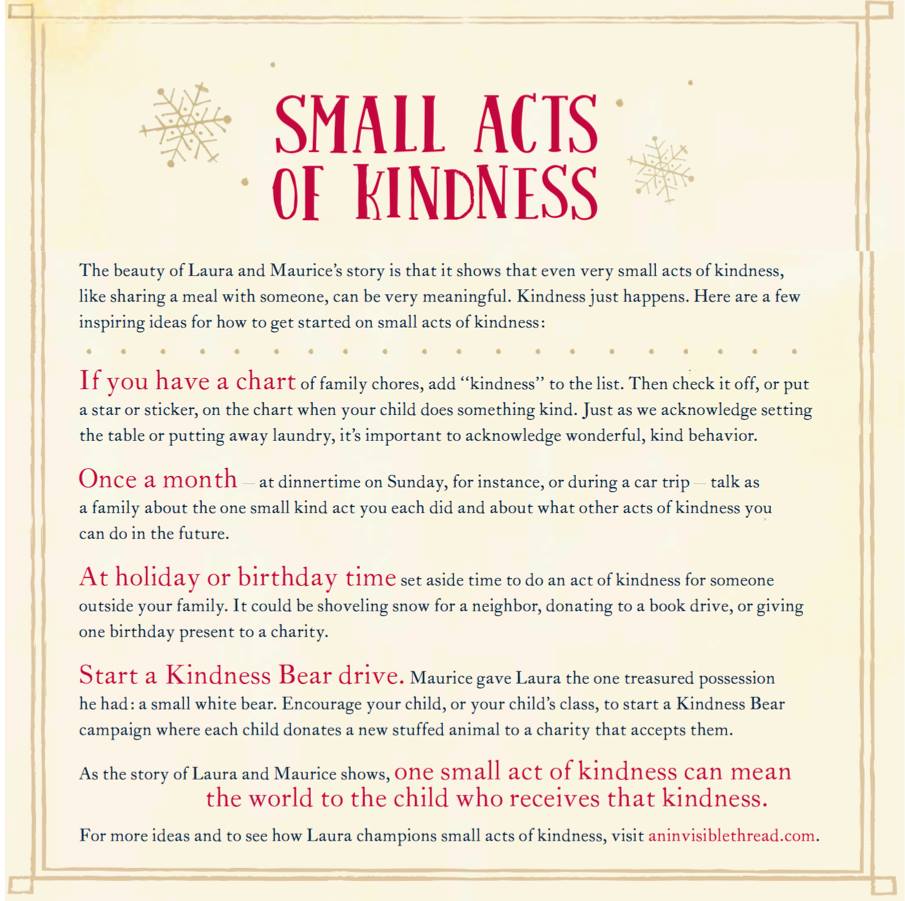 An Invisible Thread highlights the things that connect us in the world. How the choices we make impact the world around us. It really reaches out to you, and makes you stop to think about your decision before making it. When Laura and Maurice met back in 1986, they didn’t know that their meeting would have a major impact on how each others lives would later come to be.

I personal understand that each decision that is made could have a profound impact, either good or bad. I personally know that I should stop and think before making irrational decisions and think things though thoroughly. We have control over the present. However, we can not go back in time to undo past mistakes. In this case Laura stopped and decided to act, before it was to late. 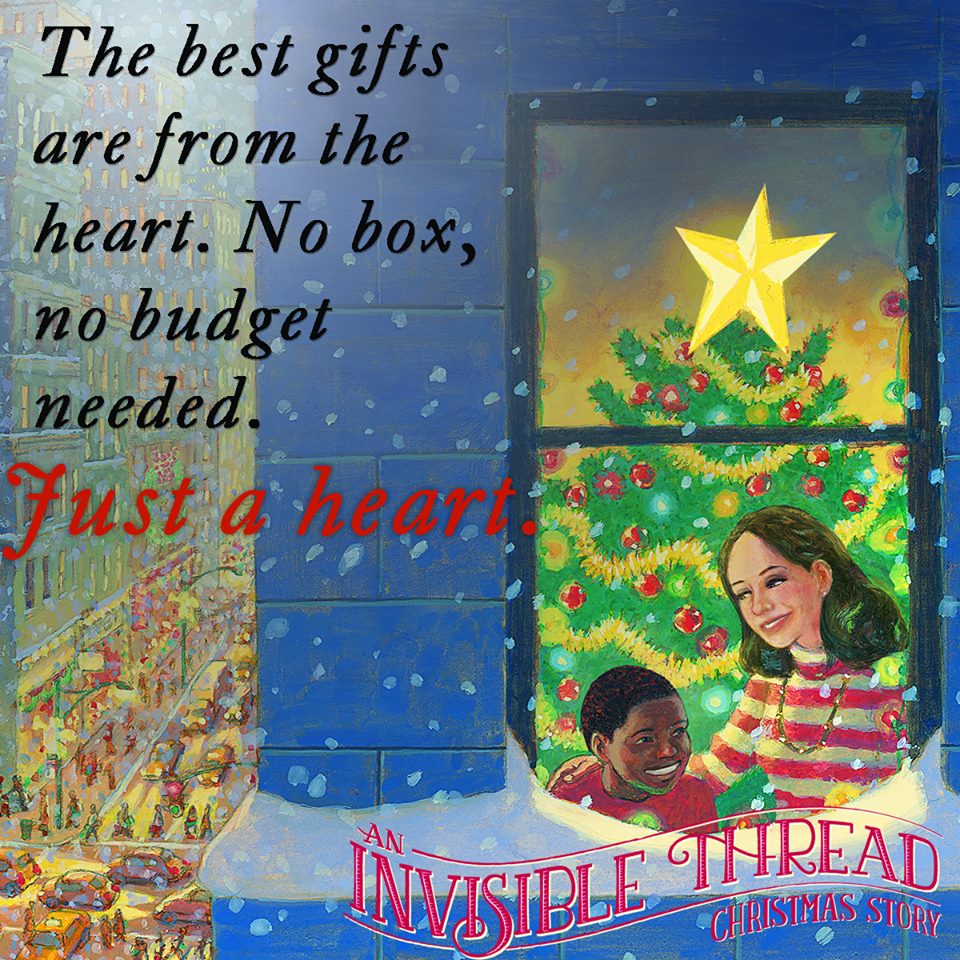 Maurice never celebrated Christmas as a child, in fact, unlike most children he spent most of his time worrying about where his next meal would come from. Maurice has one toy, just one. And as his small act of kindness, he gave that one toy he owned, a white bear to Laura. You see, a child with nothing, nothing but a white bear, gave the only thing he could truly call his own, to the woman that showed him a small act of kindness. There’s a big lesson to be learned here, in both the adult and child version of this book. I urge you to read it yourself and to your children and grandchildren, and pass it on for generations to come. We need more people like Laura and Maurice in this world. Don’t you think?